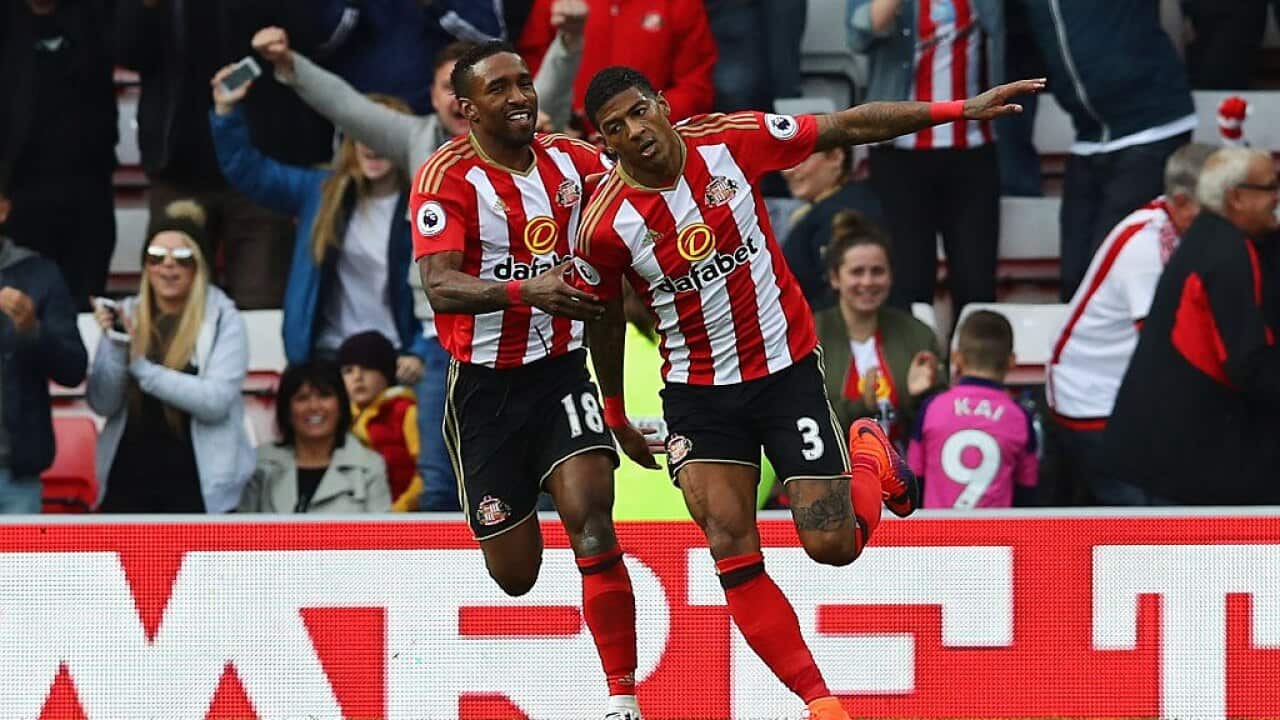 Sunderland looked destined to suffer a sixth league defeat of the season after Nacer Chadli's first-half effort gave West Brom the lead, but Van Aanholt – a second half substitute – saved the hosts with seven minutes to go.

Jermain Defoe's terrible early miss set the tone for Sunderland's wasteful first-half display, with Chadli capping off a swift breakaway to open the scoring 10 minutes before the break.

Sunderland's desperation forced them to pour men forward towards the end and Defoe saw another chance go begging.

Advertisement
However, the hosts' persistence paid off, as Van Aanholt struck towards the end to secure Sunderland a morale-boosting point, only their second of the season.

In the build-up Moyes put Sunderland's run of three successive home defeats down to "nerves and anxiety" and Defoe did little to prove his manager wrong in the fourth minute.

The striker latched on to Duncan Watmore's intricate pass into the centre of the area before inexplicably dragging wide of the target from 12 yards when one-on-one with Ben Foster.

Both sides exchanged blows without causing any significant damage in the following 20 minutes, but the hosts did go close again just before the half-hour mark – Foster doing well to hold on to Lamine Kone's header following a Wahbi Khazri corner.

And West Brom made the most of those let-offs, edging ahead 10 minutes before the break.

Matt Phillips spotted the run of Chadli and found the Belgian with a well-placed throughball, the midfielder then applying a fine finish across Jordan Pickford and into the bottom-right corner.

Sunderland received a further blow early in the second half as Jan Kirchhoff was forced off on a stretcher after appearing to pick up a hamstring problem - Van Aanholt his replacement.

And West Brom nearly compounded their misery with an hour gone – Darren Fletcher forcing Pickford into a save from 25 yards, before Claudio Yacob scuffed wide after collecting the rebound.

Sunderland began to up their intensity shortly after and should have levelled 20 minutes from time, but Jonny Evans made a crucial block to deny Defoe in the middle of the area.

The home side were not to be denied in the 83rd minute, though, as Van Aanholt arrived to meet Watmore's cut-back and scuffed an effort past Foster to rescue a late draw.