Mathieu van der Poel marked his return to the road with an exciting stage win, attacking late on a hilly Stage 2 of the Tour de Suisse, then outsprinting Maximilian Schachmann (BORA-hansgrohe) to take the stage win in Lachen. 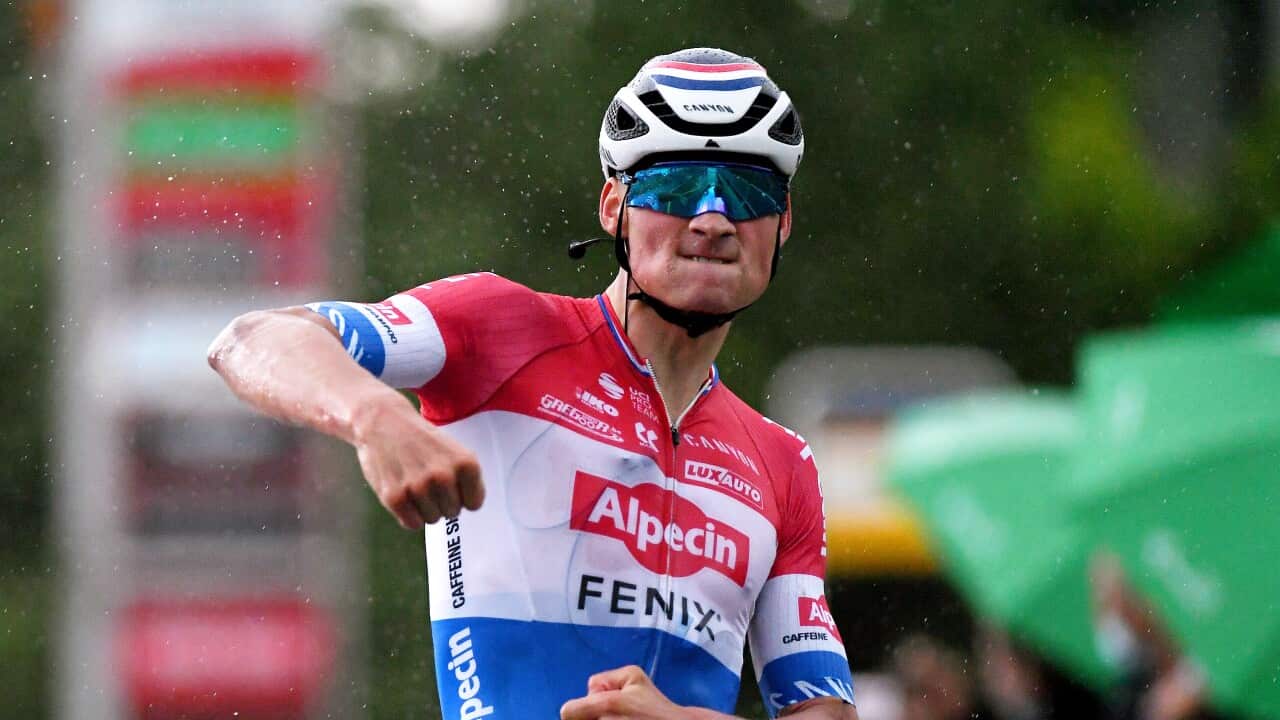 Through the dour Swiss conditions of intermittent torrential rain and wet roads it was one of the toughest riders in the peloton that took out the victory on a day where things split up significantly in the early battle for the general classification.

The Dutchman took out the sprint over Schachmann convincingly in the end after the pair escaped in the closing stages to hold off the chase, while Gino Mader (Bahrain Victorious) made contact late with the front two, but had nothing left for the sprint.

Van der Poel attacked from an elite group that had formed over the final climb, jumping clear with 3.4km to go and looked to be on course for a solo win after Jakob Fuglsang (Astana Premier Tech) was unable to hold onto the charging cross discipline star. Schachmann was able to jump across and even assist in the pace-making in the final as he made up some valuable time on the general classification.

The next big group came in at 22 seconds in arrears of the stagewinner, led by Michael Matthews and including most of the other big names in the GC and overnight leader Stefan Küng (Groupama FDJ).

Küng managed to hold onto his yellow jersey by just a lone second with Alaphilippe up to second overall and Schachmann now in third.

After a period spent on the mountain bike as he tuned up on the dirt ahead of the Olympics, it was a welcome return for van der Poel to the road.

"I'm just really happy to begin here with a win," said van der Poel I'm really proud of the (Alpecin-Fenix) guys, they made the race hard with 50 kilometres to go and did it perfectly.

"I think if you see against which riders I have to race, I think this a very difficult one. I wanted to grab a stage win here, I think the first few stages suit me really well then it's up to the climbers, it gets really tough towards the end.

“I really enjoyed being back on the road bike. It was a super fun stage, especially with the rainy conditions at the end. It was a bit of a Classics parcours at the end, something that really suits me and I’m happy to finish it off.”

Van der Poel is going to the Tour de France, starting from June 26 and being broadcast on SBS, with the intention of taking a stage win before moving on to his next big goal of the season, the Tokyo Olympics mountain bike race.