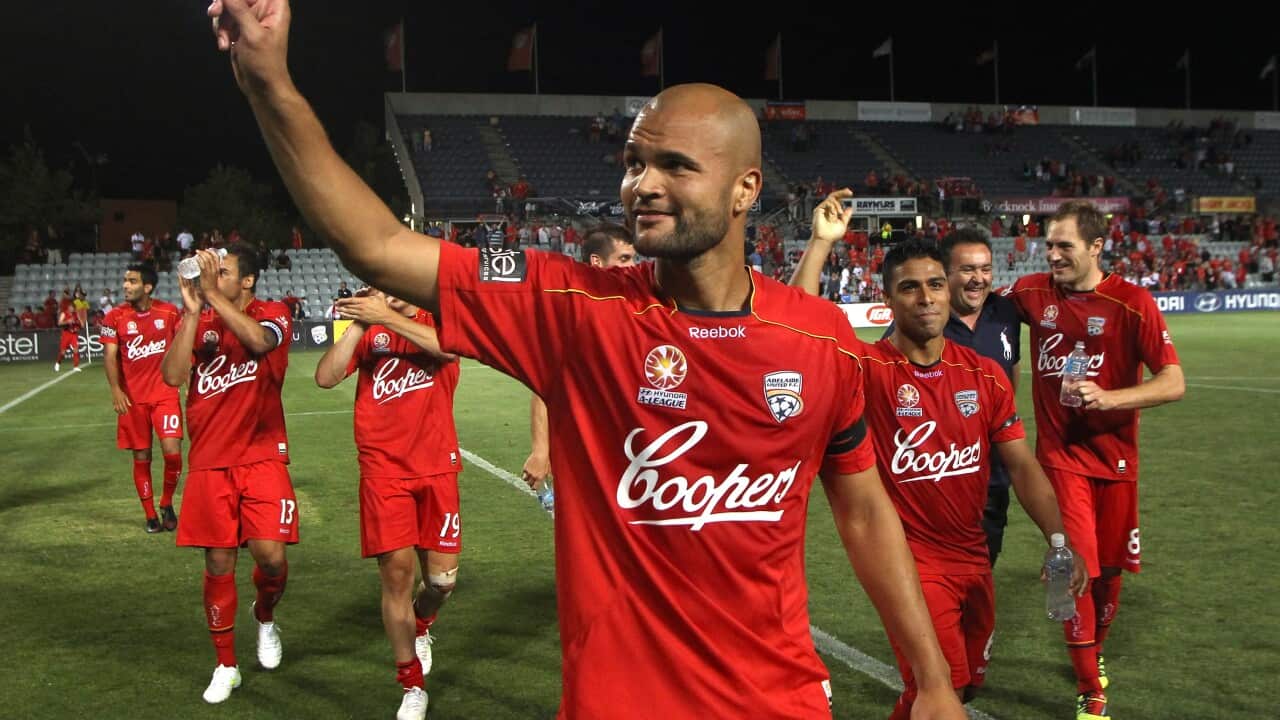 Van Dijk, who has been training with the Reds since arriving in Adelaide three weeks ago, re-joins the club after departing in 2012, and will be United’s 'Asian import' for the competition.

The 33 year-old, who scored 25 A-League goals in 55 appearances for the Reds, said he was excited to return to the club.

Advertisement
“It feels great to be back with Adelaide United, I’m happy that I can play here in South Australia again and I hope I can add something extra to the team and be successful in Asia,” van Dijk said.

“The style of football that we play has definitely changed since I was here last, but I know I can suit it. I believe the more attacking diversity that we have, the more dangerous we can be in the competition and to our opponents.

“From previous experiences in the Champions League, I’ve seen the Australian football way has been successful and definitely more physical than some of the Asian teams, which has been effective.

“Even after I left the Club a few years ago, people still supported me and followed me and I hope I can help the team and the history of this great club.

“In the play-off, though, with our fans behind us, we definitely have a big chance in going through to the group stage and I’m very confident we can progress over whichever team we will face.”

Adelaide coach Guillermo Amor said he was thrilled to have added van Dijk to his squad for their upcoming ACL play-off against Shandong Luneng Taishan at Hindmarsh Stadium.

“We are so happy to have Sergio join our team for the Asian Champions League,” Amor said.

“When Sergio was playing for the Club before, he was a very good player and he has shown his abilities while training with us in the last few weeks.

“He is a player who is big and strong, he is good in the air, but he can strike the ball very well.

“We are excited to have him in our squad and we think he will be a perfect fit for us.”