Emily van Egmond's Wolfsburg Women have completed a league and cup double by beating SC Sand 2-1 to win the DFB-Pokal. 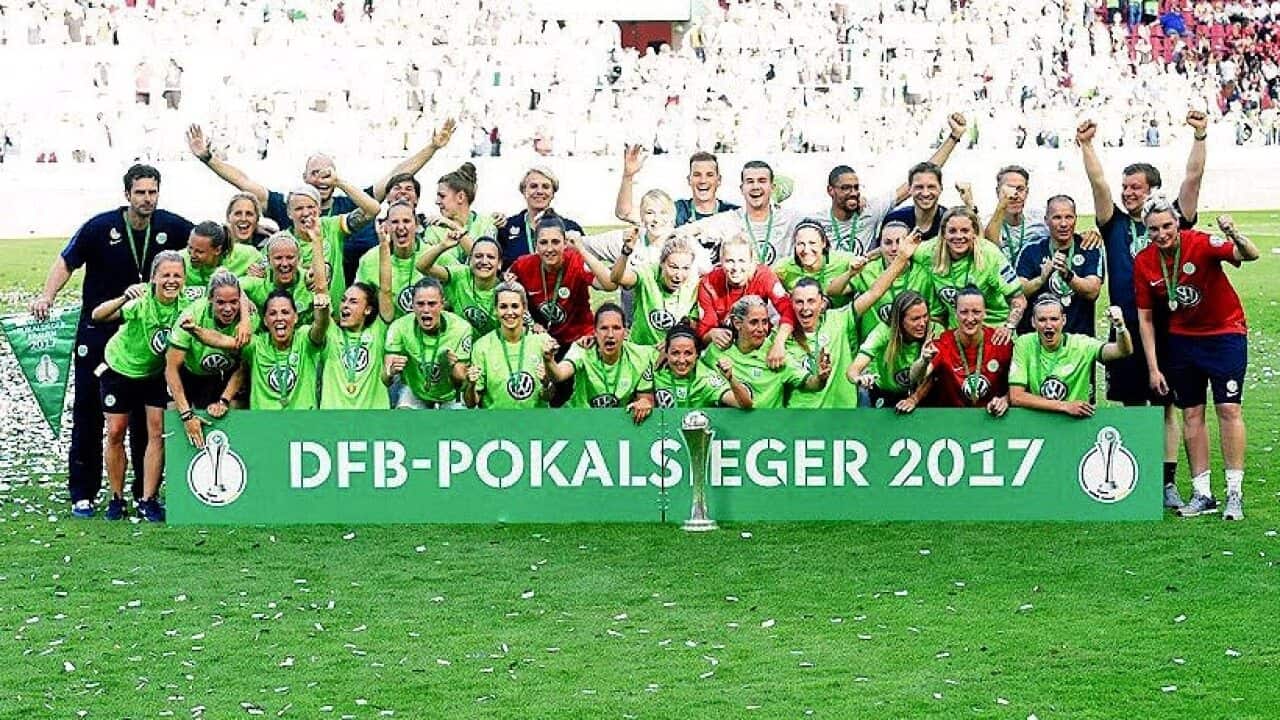 Matildas star and former Newcastle Jets players Van Egmond was a late substitute in the match as two second-half goals from Pernille Harder ensured Wolfsburg's cup defence, in a was repeat of last year’s final.

Advertisement
Jovana Damnjanovic pulled one back for Sand in the 78th minute just after Wolfsburg's Alexandra Popp was sent off, as all three goals were scored in a frenetic 12-minute period.

For Wolfsburg, the silverware was the perfect parting gift for veteran Ralf Kellermann, who after nine titles in the past five years will be taking up a the role of sporting director for  the VfL Wolfsburg women’s side.