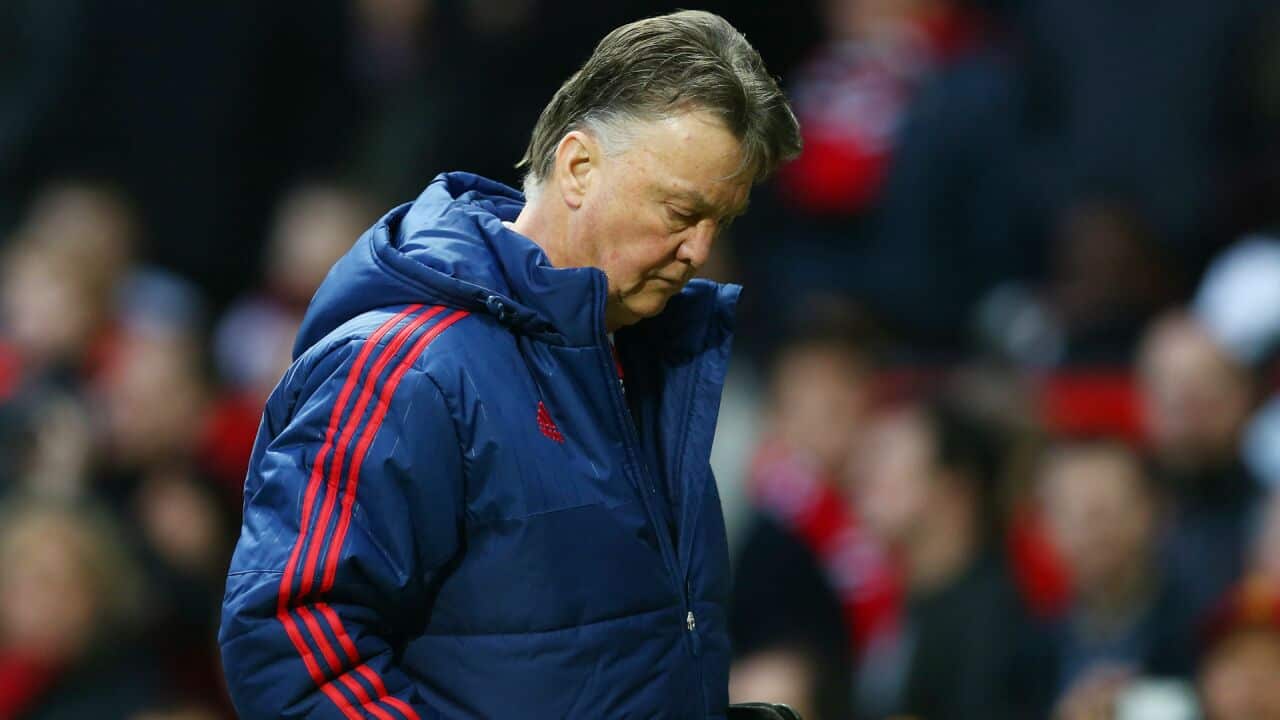 Manchester United fans vented their anger towards Louis van Gaal after watching their team slump to a hugely disappointing 1-0 defeat to Southampton.

Advertisement
Van Gaal's claim last week that United were still in the hunt for the title now seems pure fantasy.

The 64-year-old observed his team slip five points behind fourth-placed Tottenham and 10 points adrift of leaders Leicester thanks to Charlie Austin's 87th-minute winner on his Saints debut.

United supporters booed their team off at half-time and following the conclusion of the game. The United fans have largely backed Van Gaal during matches, but the Dutchman was heckled like never before as he walked down the tunnel following Saturday's damaging defeat.

Executive vice-chairman Ed Woodward heard the boos and the abuse Van Gaal received as he trudged off the pitch and will surely now be considering whether to back or sack the man he appointed manager 18 months ago.

Van Gaal admitted after the final whistle that fans' support for him had sunk to an all-time low.

"Yes, because it was very clear," the United manager said when asked if it was the worst reaction he had heard to a result during his time in charge at Old Trafford.

"I can understand also because I have seen also a poor match.

"I cannot change that feeling. I can only work hard with my players to improve our game.

"I am disappointed. We have to change this. That is my job and not an easy job at the moment."

Van Gaal had no qualms with the supporters who aimed their fury at him during and after the match.

"You cannot say that they (the fans) are not right," Van Gaal said.

"Nevertheless we have won three times in 2016 and a draw so we have very good results in January but we could not show it in this game. I did not see that confidence today."

Woodward has backed Van Gaal to the tune of $509 million since appointing him as Moyes' successor in the summer of 2014.

United could stomach another season without Champions League football in a financial sense, but every defeat or insipid display deals a blow to the club's prestige and standing in the game.

Van Gaal knows that too, but he does not appear to be aware of whether his job is now in serious jeopardy.

"I cannot answer that because normally I communicate everything with everybody so it is not for me to answer these kinds of questions," the former Ajax manager said when asked whether he feared for his future.

It would be wrong to say Saints played United off the park, but the team from the south coast looked the more likely team to find the net.

Sadio Mane, a transfer target for United last summer, fluffed a good chance when bearing down on goal in the first half and Shane Long sent a free header wide after the break.

Austin had no such trouble finding the net. Eight minutes after replacing Mane, the 26 year-old found space in the box and powered in James Ward-Prowse's free-kick.

Ronald Koeman was delighted to see his £4million signing score the goal that earned Saints just their second win at Old Trafford since 1988.

"I mentioned to Charlie when he came on the pitch for a free-kick, go to the box and make a good header.

"That is the reason we wanted to sign Charlie Austin, a great numbers of goals." Koeman said.

Koeman, who has had a long-running feud with Van Gaal since they fell out at Ajax, said he expected United to put on an edgy display.

"We knew they are under pressure if you keep the organisation in your team, they will be nervous," said Koeman, who went on to describe reports in Holland that he had asked Guus Hiddink to put in a good word for him about the Chelsea job as "bull***t".