Sir Alex Ferguson often watches Manchester United from on high, opposite the stand named in his honour, and one must wonder what he thinks of all this. 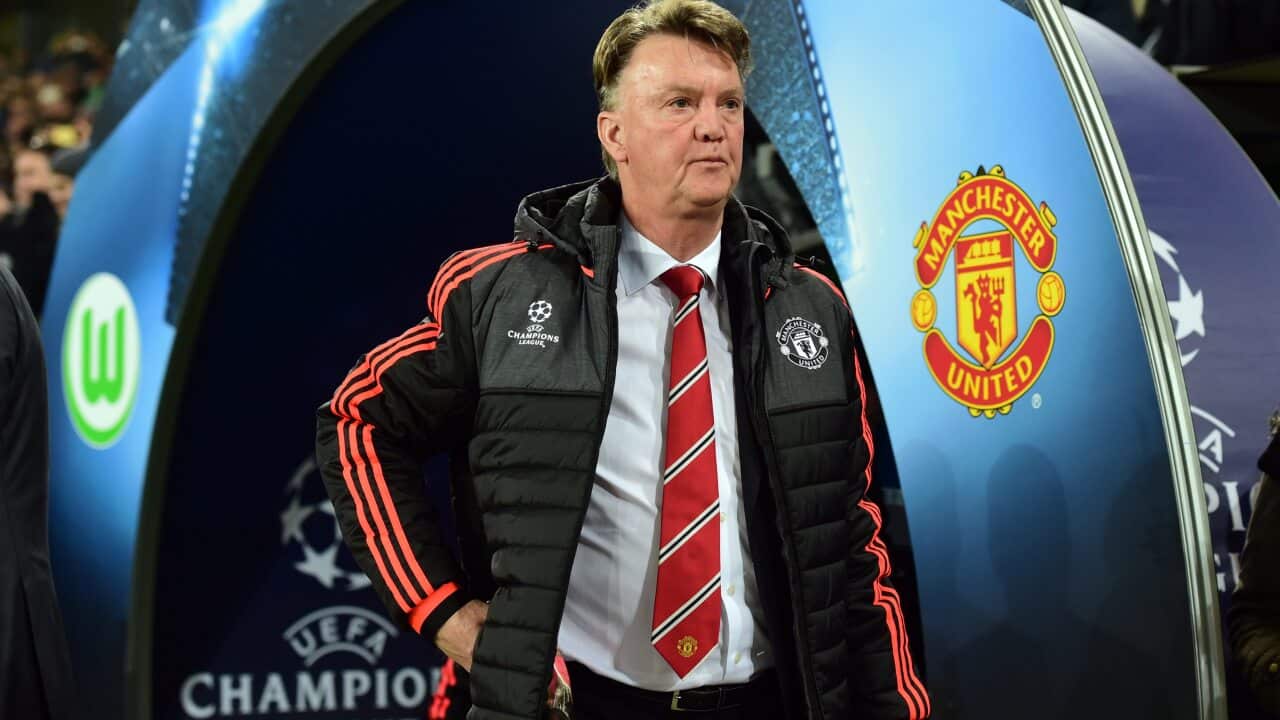 Van Gaal has been heavily criticised for Manchester United's lack of attacking intent during his time in charge Source: Getty Images

It didn't work out for David Moyes and United were swift to dispense with him. It was supposed to be very different under the decorated Dutchman Louis Van Gaal.

Advertisement
But his Red Devils side, which will suffer the ignominy of playing the rest of their European campaign in the Europa League, has an identity crisis.

The days of Mark Hughes, Andrei Kanchelskis, Eric Cantona, Ryan Giggs, Paul Scholes, Cristiano Ronaldo, et al may be gone, but their attacking spirit is, or was, in United's DNA.

Van Gaal, however, looks to have beaten it out of the latest incarnation of the team.

To see Chris Smalling trundling around up front with Marouane Fellaini as United limped out of the UEFA Champions League after defeat to Wolfsburg was a microcosm of an era that is failing to inspire and which is fast losing support from the Old Trafford faithful.

United lead the Premier League after 15 matches for average possession (60 per cent) and passes in their own half (3416).

And here's the clincher. They've created only 121 chances (15th in the league).

United are dour, at best. The sight of Wayne Rooney playing deep in midfield, lobbing long balls forward to Fellaini in the Matchday 5 goalless draw with PSV, was unedifying for a club of the heritage of United.

Juan Mata, the Spanish schemer, came on with six minutes to go, as balls flew over his head into the area.

Most of the time, he can't get a start. Anthony Martial has talent to burn but United's reliance on him for goals is a heavy weight on tender shoulders.

Memphis Depay has flopped, while the David De Gea saga hung over the start of the season - although he has since shown just how important a player he has become for the club.

Van Gaal will point to United's Premier League position and say things are in good shape. But this is a Premier League season that is crying out for one of the big teams to grab it by the scruff of the neck and run away with it.

United have not, and in their performances in Europe have shown what has really happened.