Van Marwijk - An uninspiring but practical choice for Australia

Just as the homing pigeon only knows one way to its destination and then home again, Australian football’s decision-makers went to Europe and came back with a Dutchman. 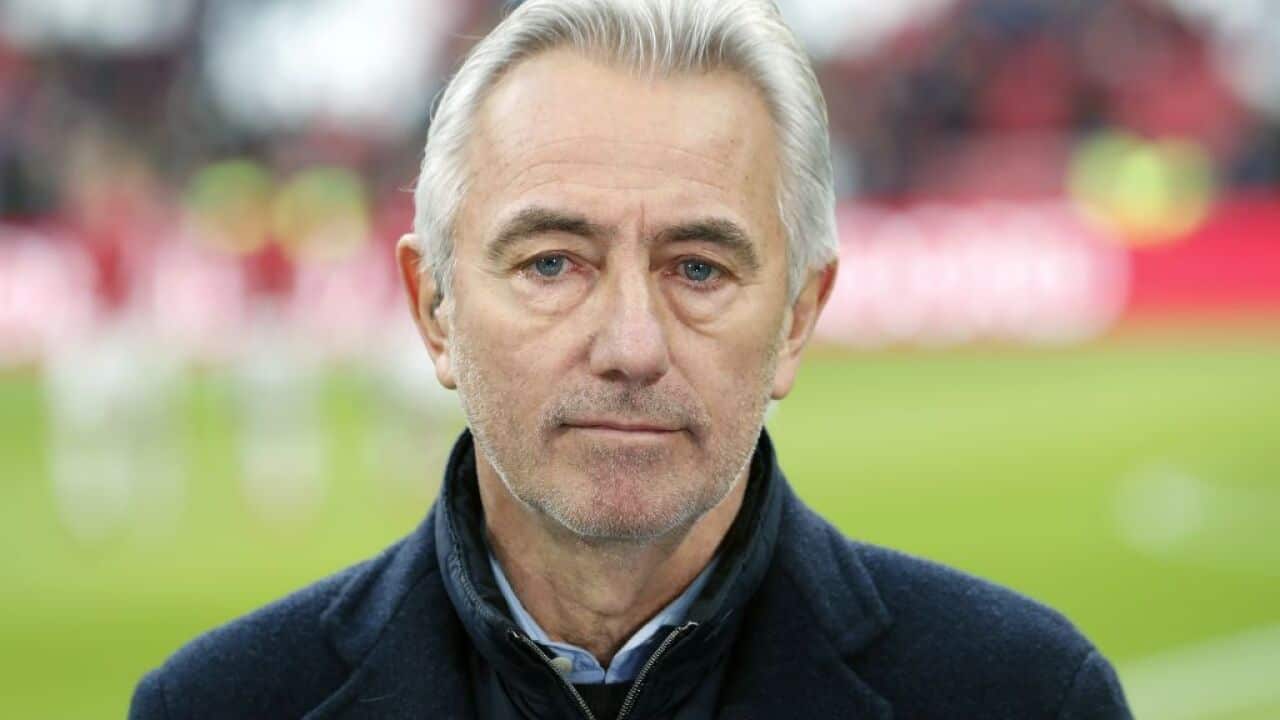 Under pressure, people tend to act instinctively. As the questions began to mount, and the panic set in, Australia does what it always does, and starts praying for the next Hiddink – or it just hires one of his compatriots.

When you think about it, there’s been five months of indecision about the national team job, right back to when Ange Postecoglou told the Herald Sun he was considering leaving the role in September. That’s an incredibly long time.

Bert van Marwijk’s five-month appointment is a win for the pragmatists. You know what you get with him. Simple football, loaded with physicality. Short back and sides. Results-focused. But he has also been given a basic metric: get us to the second round of the World Cup.

Advertisement
The anti-Ange he has been called – but you could also describe him as Pim Verbeek mk II (albeit with a better CV). He was also relatively affordable. Much more than Marcelo Bielsa or Roberto Mancini, although it’s doubtful the FFA ever considered hiring an elite manager. The grim realities of austerity.

Ironically, Graham Arnold is often maligned (unfairly) for being pragmatic, but when he takes over the full-time job in July, as seems inevitable, he’ll be seen as much more progressive.

The way van Marwijk guided Saudi Arabia through qualifying for this World Cup was admirable, but they only got there on goal difference – and there’s no way he’d have been given the job if Australia hadn’t messed up either match against Thailand (or if Japan, after dominating, had scored just once in their final group match).

As the best-resourced team in Asia, the Saudis were handed an unlimited budget to qualify, and they did so largely by capitalising on the fanatical wave of 62,000-strong support at Jeddah’s King Abdullah Sports City. They still lost three matches in the campaign (two against Postecoglou’s Australia), however, while the Socceroos only lost once.

Many people will just be pleased that a decision has been made. The process was dragging on and the sea of candidates that had been floated was ridiculous. There will be a sense of relief for some that the speculation has stopped.

But what does Australian football stand to gain from his appointment? The Socceroos won’t win any plaudits for their playing style but they will rediscover their elbows and studs. If you like a harder edge, you’ll like this. Three at the back is likely to die a quick death, too. Expect the 4-2-3-1 to be revived.

The Dutchman likes his teams to pound the opponent until distraction. That might not worry France, with their galaxy of stars, but Denmark’s Christian Eriksen and Peru’s Jefferson Farfan just found targets on the back of their heads.

It was van Marwijk who dreamed up the Nigel de Jong-Mark van Bommel pairing, a duo of attack dogs whose street-fighting attributes proved pivotal in getting the Netherlands to the 2010 World Cup final. Undoubtedly, van Marwijk will be looking for his own pair of green and gold Kray brothers.

“I have immense respect for what the Dutch teams before us have achieved,” van Marwijk said at the time. “[Johan] Cruyff as a player and [Rinus] Michels as a manager, but it has nothing to do with us. That is the past.”

Code for the following: I coach my teams to win and beautiful football is irrelevant.

Van Marwijk and humility are two forces seldom spotted in the same room. Supremely confident in his football ability – a classic trait of the nation from which he hails – heaven help the first Australian to question him. That will not end well.

Indeed, his relations with the media in this country are sure to be prickly. In fact, they already are, given his terse exchanges with the Australian press as coach of Saudi Arabia. When he gets pressed on his selections or tactics, he’ll leave you in no doubt about what he thinks of this nation’s collective footballing IQ.