Van Marwijk should give forgotten Socceroos a chance, says Chipperfield 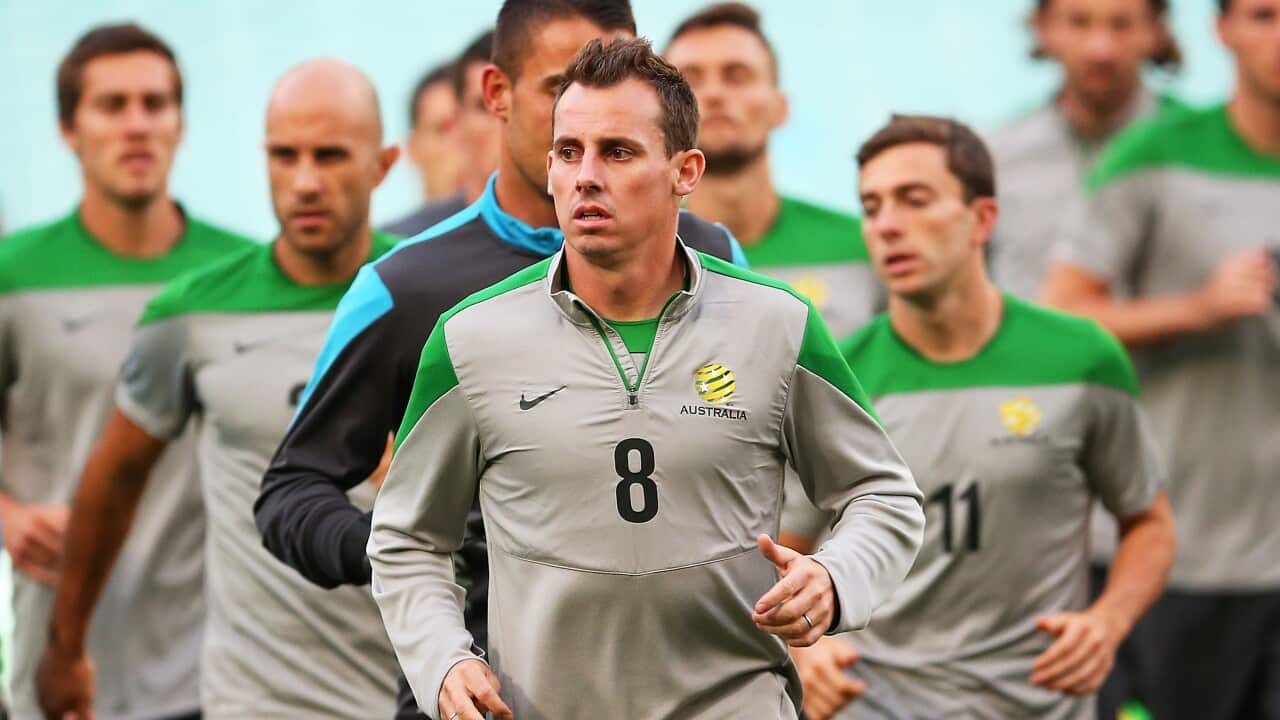 Luke Wilkshire hasn't been involved in a Socceroos squad since before the 2014 World Cup Source: Getty Images

The Dutchman’s appointment has wiped the slate clean and opened a palate of possibilities for players left in the cold by his predecessor Ange Postecoglou.

And, according to 68-cap Chipperfield, there are no more deserving cases for a recall than the A-League-based defensive duo, Wilkshire, 36, and 29-year-old Williams.

Jettisoned on the eve of the 2014 World Cup, 80-cap Sydney FC right-back Wilkshire hasn’t pulled on a Socceroos shirt since.

But he has never officially retired nor given up hope of a recall, pointedly telling The World Game last year: "At no point have I said that I wasn’t available for Australia, that decision was made for me."

Melbourne Victory’s Williams, who like Wilkshire has excelled for his club this season, won the last of his 14 caps for Australia in the 6-0 hammering by France in 2013.

He’s been beset by injuries since, featuring in just one squad during Postecoglou’s four-year reign.

However, like Wilkshire he exudes composure, a high football IQ and craves another call up.

The former Netherlands coach is set to bin Postecoglou’s problematic 3-2-4-1 formation in favour of his tried and trusted 4-2-3–1, thus a specialist right-back will be required.

Asked if Wilkshire’s vintage might be an impediment, Chipperfield said: "Well Timmy (Cahill) is 38, and once he settles on a club he’ll be in the running, so why not Luke?

"He’s been exceptional for Sydney, the runaway leaders, and is one of the form players of the competition.

"On form you have to pick him. He also has great experience and he wants to go to his third World Cup."

Chipperfield had fellow Wollongong native Wilkshire as a teammate in Germany 2006, under Guus Hiddink, and at South Africa 2010, when Pim Verbeek was at the helm.

The famously studious van Marwijk will be well aware of Wilkshire from his Eredivisie stints with FC Twente and Feyenoord, not to mention his international exposure.

He has the chance to assess both he and Williams in March’s friendlies against Norway and Colombia, and would no doubt receive glowing references from Sky Blues coach Graham Arnold and Victory’s Kevin Muscat.

"Luke fell out of favour with Ange but why shouldn’t he be in with a shot now?" said Chipperfield.

“He’s got smarter as he’s got older ... when you’re younger you bomb up and down but now Luke picks and chooses when to make his moves. And they are normally the right ones.

"I think Luke deserves a shot at it. The way things are in his position, I’m not sure what other alternatives van Marwijk has."

There are but a few, with Josh Risdon, Milos Degenek, Ryan McGowan and Mark Milligan all road tested for the role, without making definitive statements.

In the case of Williams, Chipperfield is equally unequivocal, and would pick him as a starter ahead of Bailey Wright and Matt Jurman in Russia in June.

"For me, the way he’s performing for Victory, he’d be playing alongside Trent Sainsbury (in the middle of the defense)," he said.

"He’s been so unlucky with injuries (forcing him out of two World Cups), but he’s fit and playing again and showing all his class. I'd pick him for sure."

Chipperfield, 42, had a budding Williams as a teammate in a couple of camps at the tail-end of his own career - and took note of the gangly, silky-skilled rookie.

"He’s had so many setbacks which have spoiled his career a bit," he said.

"But back then, when he was at Middlesbrough, he had so much potential and was a real big talent who could have played at the very top level.

"He’s a stylish player ... not your typical hard, tough centre-back, and that’s what people want these days.

"They want defenders who can use the ball intelligently, and that comes naturally for both Rhys and Luke."