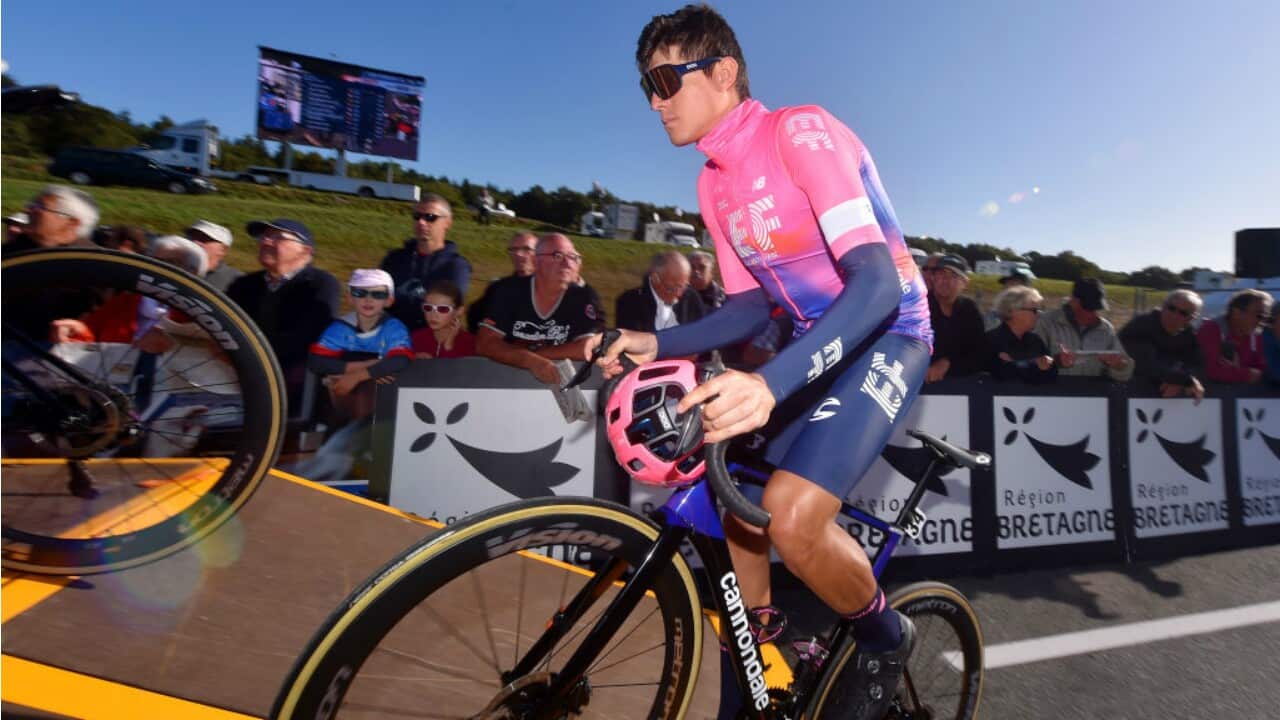 EF Pro Cycling’s Luis Ricardo Villalobos has been handed a suspension from racing after an anti-doping violation Source: Getty

The Mexican joined EF Pro Cycling in the northern hemisphere summer of 2019 but the adverse analytical finding for growth hormone GHRP-6 came while he was still riding for Aevolo.

The 21-year-old is only just now able to request an analysis of his B sample.

Advertisement
"If we’d have known, we would not have signed Luis,” Vaughters said in a statement. “The burden of this is on the UCI because there is no internal testing program that has access to the level of equipment needed to screen for GHRP-6.”

“Everyone deserves better. Luis deserved better guidance and mentoring from his past trainers and doctors. "And the team deserved better from the UCI than to learn of this situation more than a year after the fact."

“While it’s encouraging that the system is catching riders, it has to be more transparent and accountable than this. We are going to encourage Luis to not fight this and to tell the truth, whatever that may be.”

Villalobos joined Aevelo in 2017, his breakout performance coming as a 19-year-old at the 2018 Tour of Utah where he finished eighth overall.