Melbourne Victory have confirmed that attacker Kosta Barbarouses will leave the club at the end of the A-League season, after he decided to return home to join Wellington Phoenix. 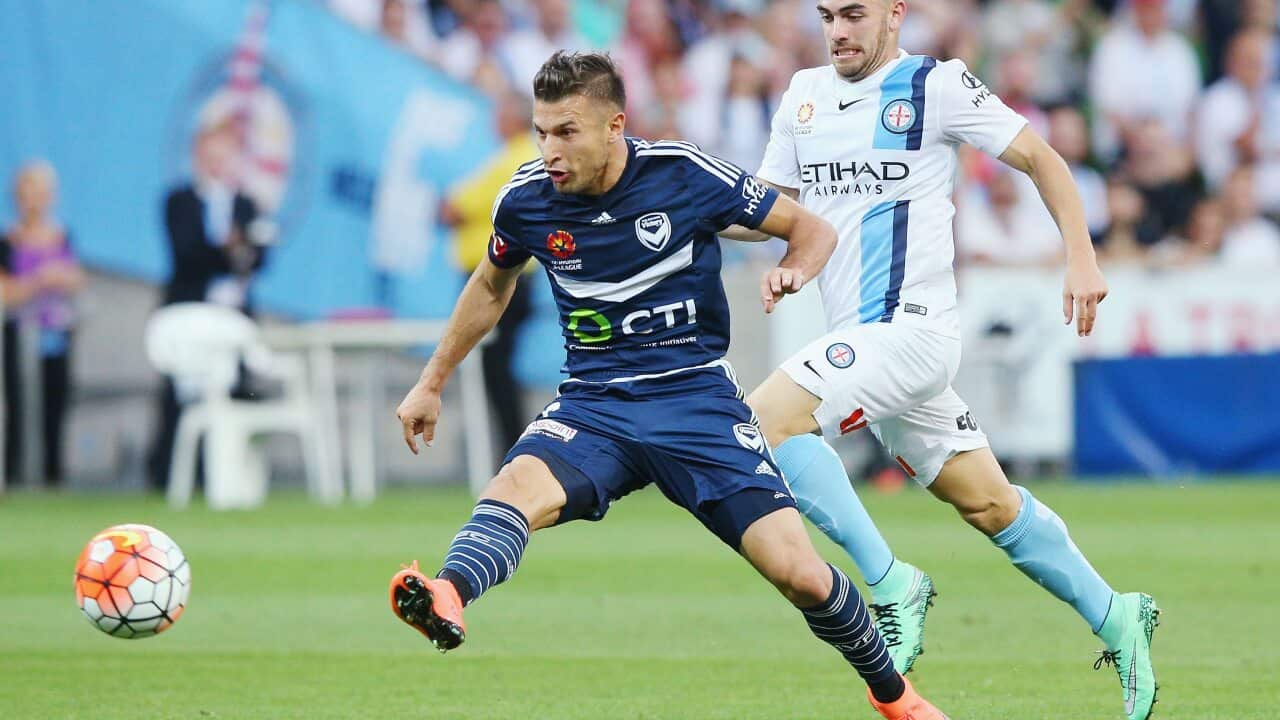 The 26 year-old, who was born and raised in Wellington, made his A-League debut with the Phoenix during the 2007-2008 season.

Advertisement
Barbarouses enjoyed stints with Brisbane Roar, overseas in Russia and Greece, before joining Victory for the 2013-2014 campaign

Victory coach Kevin Muscat said he was disappointed that Barbarouses will leave the A-League champions at season's end.

"Naturally we're disappointed to lose a player like Kosta, who has been an important member of our team for the last three seasons," Muscat said.

"We were determined to keep him, but ultimately he believes this is the best decision for him.

"We understand the opportunity to move back home to be close to his family was a strong factor in his decision.

"We would like to thank Kosta for his contribution to Melbourne Victory, and wish him all the best for the future."

Barbarouses has played 69 games and scored 13 goals for Victory to date, and has only missed two games during the current campaign.

"This was a very tough decision for me, because I have loved my time at Melbourne Victory over the last three seasons," Barbarouses said.

"In the end the opportunity to move back home to live close to my family was too hard to pass up.

"It has been an honour playing in front of the Melbourne Victory members and fans, and I will leave with a heavy heart because their support for me has been unbelievable."

"I would like to thank Ange Postecoglou, Kevin Muscat, all the coaches and my team-mates for giving me the chance to play for Victory, and I will give everything I have for the rest of the season to try and bring more silverware to the club."