Japan great Keisuke Honda is back on the A-League radar, with Melbourne Victory hoping to bring the charismatic playmaker to AAMI Park on a multi-million dollar marquee deal. 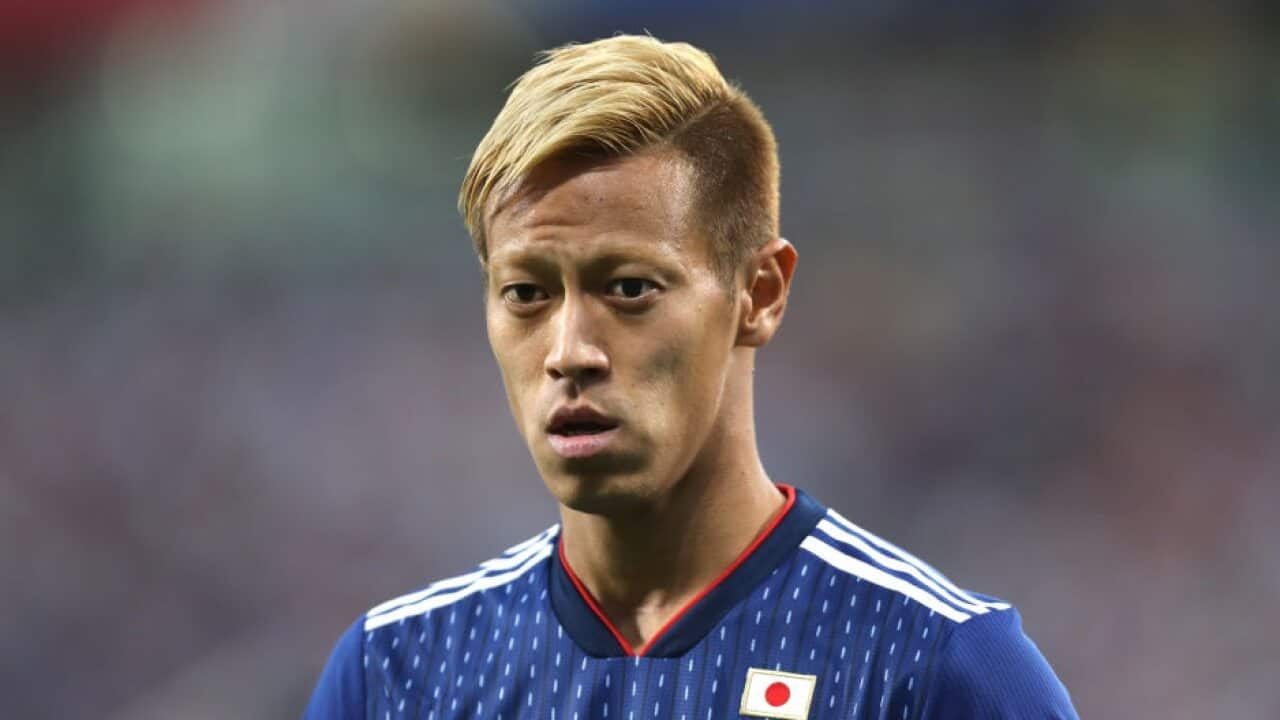 Fresh from helping the Blue Samurai reach the last 16 of the FIFA World Cup, Honda - who turned 32 last month - has been in negotiations with FFA for six weeks over bringing his brand of brilliance Down Under.

But it now seems that his agent and brother Hiroyuki has softened his stance and that a large chunk of the $3 million FFA marquee war chest provided by FoxSports could be lavished on Honda, with Victory also chipping in a significant sum.

They led 2-0 before succumbing 3-2 in injury time.

He scored his 37th goal in 98 appearances for his country against Senegal in the group stage and is the only Asian player to provide a goal and an assist in the last three World Cups.

Were Victory coach Kevin Muscat to seal his signature, it would go a long way to making up for the recent departures of Besart Berisha, Leroy George and Rhys Williams, and provide significant sponsorship potential from Japanese interests and could herald a spike in shirt sales both here and in Japan.

Still near the peak of his powers, Honda would be the competition’s most high-profile acquisition since Alessandro Del Piero.

Though he prefers to be deployed as a number ten, he can also play out wide and even as a lone striker.

His most recent assignment was with Mexican side Pachuca, where he scored 10 goals across 29 appearances.

A-League boss Greg O’Rourke, who has been overseeing the pursuit of Honda, said last month: “He is the one we really went after and we’re still talking to his management.

"We made a pitch and they came back with a larger number and we’re working through that.

"We won’t give up until he’s actually gone and signed with a team elsewhere.

"He’s been top of the player targets and these things can take time."

O’Rourke declined to comment when contacted by The World Game.