Victory go to the video to avoid derby pain

Melbourne Victory have gone to the video to try to learn from the very unusual situation they found themselves in against Western Sydney Wanderers last week and avoid it being repeated in the Melbourne derby. 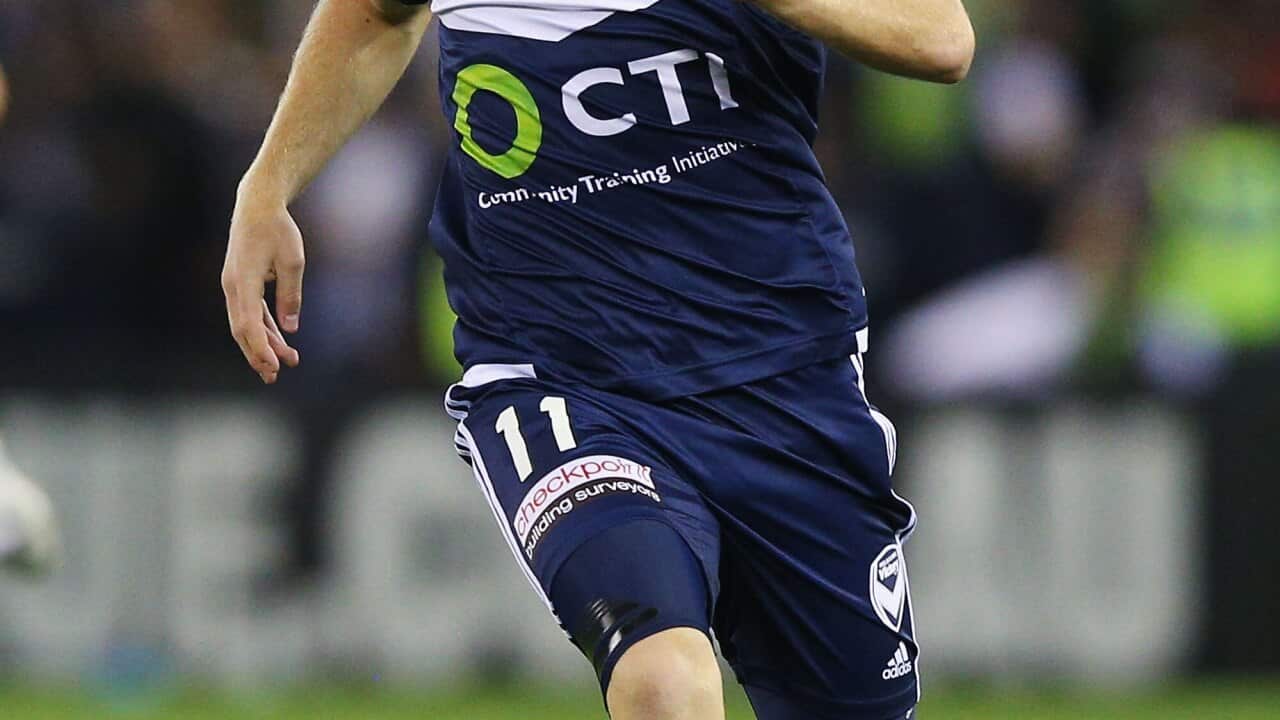 Connor Pain has predominantly been used as an impact player off the bench by Kevin Muscat Source: Getty Images

Even when Victory aren't right on their game they usually can't be stopped from fulfilling their desire to go forward, but after leading 1-0 at half-time they were dominated in the second half by Wanderers, who went on to force a 1-1 draw.

Advertisement
Victory sat deep and just tried to hold on as the Wanderers kept coming. It was a very un-Victory-like performance and their coach, Kevin Muscat, said after the game "it wasn't premeditated".

"In the second half maybe the mentality was to hold on to what we've got, but it isn't something that we're conscious of and we work on, it was just the way the game panned out and from that perspective we've got to have a look at it," he said.

"I'd rather be going for the second goal than holding on for dear life."

Victory attacker Connor Pain said the coaching staff's video analysis of the game had concentrated largely on why Victory were forced backwards, what they had done themselves to contribute to it happening and what they must do to avoid a repeat against Melbourne City.

The Melbourne derby is at AAMI Park on Saturday night and one thing Victory can expect for sure is that City, which has scored easily the most goals in the competition this season with 44 in 18 games, will come at them.

"It was a bit odd because it doesn't normally happen to us, we're usually taking the game to the opposition," Pain said. "This week an important part of our preparation has been about remedying that and taking the game to Melbourne City.

"I think we all felt we were pretty deep  and we were under the pump, but when you watch the video back there are ways that we can fix that. We've worked on that and hopefully we'll get the benefit of that work on the weekend."

Neither Melbourne team has won in the last two rounds. City have no points from those games and Victory just the one.

"Drawing and losing is obviously not what we want to be doing, but coming into the derby all form goes out the window," Pain said. "Every game is for three points, but the derby has that bit of extra spice and I'm really looking forward to it."

City and Victory are third and fourth respectively on the table. They are both on 28 points, but City have the superior goal difference. Western Sydney Wanderers and Brisbane Roar, who are first and second respectively, were both on 34 points entering this round.

Pain said Victory were the same team, with the same desire to win, as they were last season, when they won the Premier's Plate and championship. But, he added, every other team now looked at them differently.

"We haven't changed since last season when we trained so hard and managed to win the double," he said. "If anything, we've come back even hungrier in trying to do it again. But it's always hard to be the ones  that are getting chased, rather than chasing, so, yeah, it's a different dynamic.

"But I think everyone here will really dig deep at the right time of the season. We showed we can do it last season. Our consistency hasn't really been there so far this term, but we can take confidence from our best performances and push on and try to win as many games as possible from here."