Midfielder Jesse Makarounas said a beefed-up Melbourne Victory with a lot of stars returning are itching to get square with Brisbane Roar for the 5-0 flogging they copped from them at Suncorp Stadium five weeks ago. 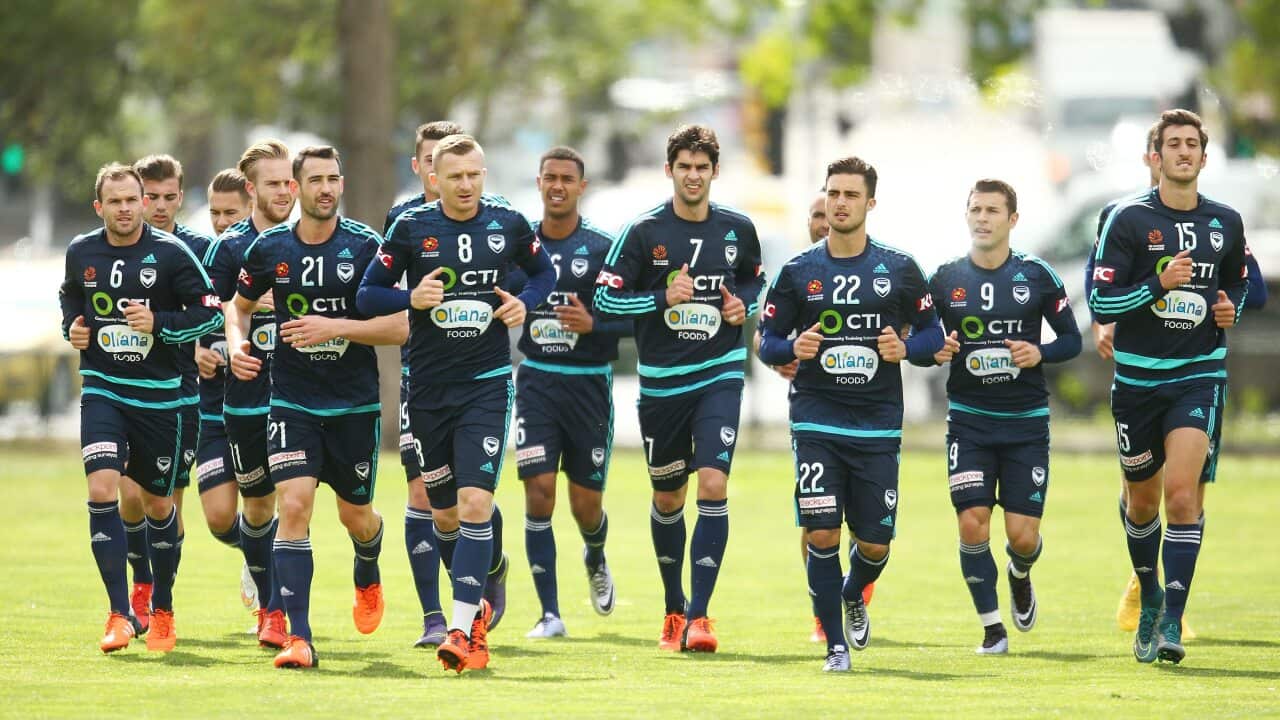 Makarounas said that while last week's 0-0 draw with Roar at AAMI Park in the final round was satisfying to Victory because it stopped Roar from winning the Premier's Plate or finishing in the top two, this is the big prize - the chance to knock Brisbane out of the competition.

Advertisement
Roar and Victory meet in the first of the elimination finals  at Suncorp on Friday night. Asked if the 5-0 loss on March 12 was still stinging, Makarounas replied: "Yeah, of course, no-one likes to get touched up like that and that still hurts us today.

"But we're in a position now where we can go back up there and get some revenge for that result and knock them out, so we're looking forward to the game."

Makarounas said the playing group had talked about the opportunity to make things right as far as Victory are concerned.

"Yeah, it's in the back of everyone's mind," he said. "The feeling of coming home to Melbourne the last time, after a loss like that, obviously wasn't good and this is such an important game.

"It's going to be the last game of the season for one of the two teams, so we're really pumped up for the game and looking forward to going out there and doing a good job. It's the ultimate chance to get square, so it's a huge game."

Victory named their squad on Thursday and it of course included star striker Besart Berisha, who had the second match of a two-week suspension removed upon appeal on Tuesday.

Nick Ansell is also available again after injury. The injured Rashad Mahazi was the only player who couldn't be considered for selection.

Sixth-placed Victory, the defending champions, are going to come at Roar strong - and, according to Makarounas, with plenty of confidence.

"We'll definitely take some extra confidence from last week's game," he said. "It was a big occasion for Brisbane, but for us as well. We didn't want to see anyone come to our stadium and in front of our fans win a trophy.

"We're just focusing on this game. Nothing else after that matters at the moment. If we lose this game, we're out, so we're putting everything we can into it and the mentality is to turn up on the day and have a good performance and get a good result and move on.

"We beat them 4-0 at AAMI Park earlier in the season, but when we went up there it didn't go well and, you know, no-one in our team has forgotten the 5-0 loss. We want to make sure we go up there and give it all we've got.

"We gave a good account of ourselves last week and this week we have some very good players coming back after not being risked in that game. Brisbane have had a good season, but we're a good chance to beat them with the squad we have."

Makarounas started against Roar last week. He is likely to get squeezed out of the starting side this week, but said he was hoping to play some part in such a big game.

"Everyone wants to play every single game and I always want to be out there, especially for the big occasions," he said. "I'm not sure if I'll be starting, but whatever part I can play in the game I'll be happy. It would be exciting to get any time on the pitch in a game like this."