Melbourne Victory’s search to replace outgoing defender Matthieu Delpierre has ended, with the club agreeing terms on a one-year deal with with Spaniard Alan Baró. 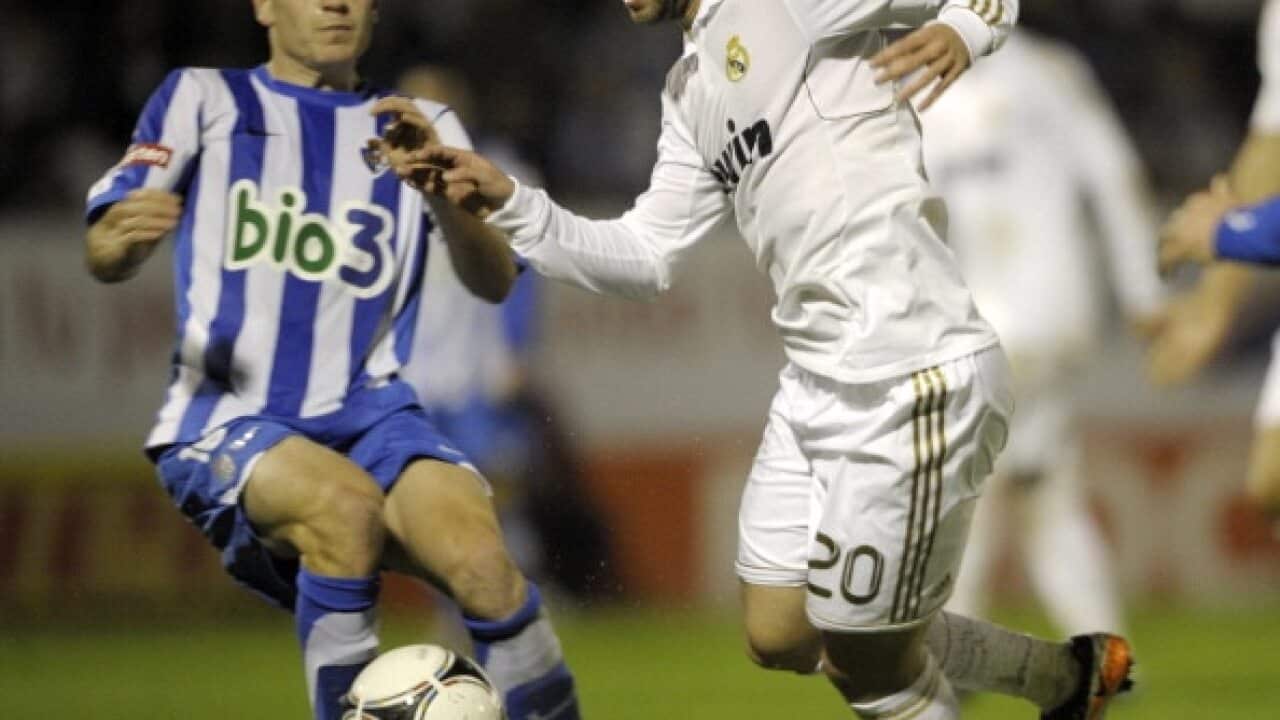 The World Game can reveal Baró, who has just turned 31, will arrive in Melbourne on Friday morning and will complete a medical at the club’s headquarters before he formally signs on with the three-time A-League champions.

Capable of playing as both a central defender and a holding midfield, Baró has spent the past five season with Segunda Division side Ponferradina, where he was most recently captain.

Advertisement
While his team went down, Baró was recognised as being one of their standout campaigners and came to the attention of Kevin Muscat after the defender was spotted by Auckland City coach Ramon Tribulietx, who hails from Barcelona.

Baró is recognised as a ball-playing centre-half, who, whilst not tall - he stands 180 centimetres tall - is a rugged competitor.

With Ponferradina being relegated to Segunda B, Tribulietx alerted Muscat to Baró’s availability, knowing that Victory would be in need of a established defender after Delpierre’s departure.

"It’s is not the same for a player who is starting out as it is for me - I’m 31 years old and it is clearly not the same playing in Segunda B as it is in the Segunda Division,” Baró told Diario de Leon last month. “I have to think it over and see the options out there, of course. It's something that costs a lot to decide, because you do not know how you can leave things. "

It’s understood the club offered him a new three-year deal but Baró instead opted to try his luck with Victory, who have offered a 12-month contract.

The loss of talented young centre-back Thomas Deng also hastened the need for quality, after Deng was allowed to leave for Dutch club PSV Eindhoven for a season-long loan.

While Baró only enjoyed a short spell in the La Liga with Osasuna - he appeared just once off the bench in 2009 - he has otherwise been a mainstay at his other clubs.

Since turning professional with Alicante in 2008-2009, he has racked up over 177 games in the Segunda Division, with a stint at Albacete in 2010-2011 before moving on to Ponferradina, who he helped lift into the second division in his first season.

While Victory have already signed ex-Mariner Mitch Austin and former Roar defender James Donachie for next season, they have plenty of spots to fill after losing ten players over the off-season, including Kosta Barbarouses, Gui Finkler and A-League all-time leading scorer Archie Thompson.