Melbourne Victory were simply too good as they demolished Wellington Phoenix 6-1 at Docklands Stadium courtesy of strong displays by Besart Berisha and Marco Rojas. 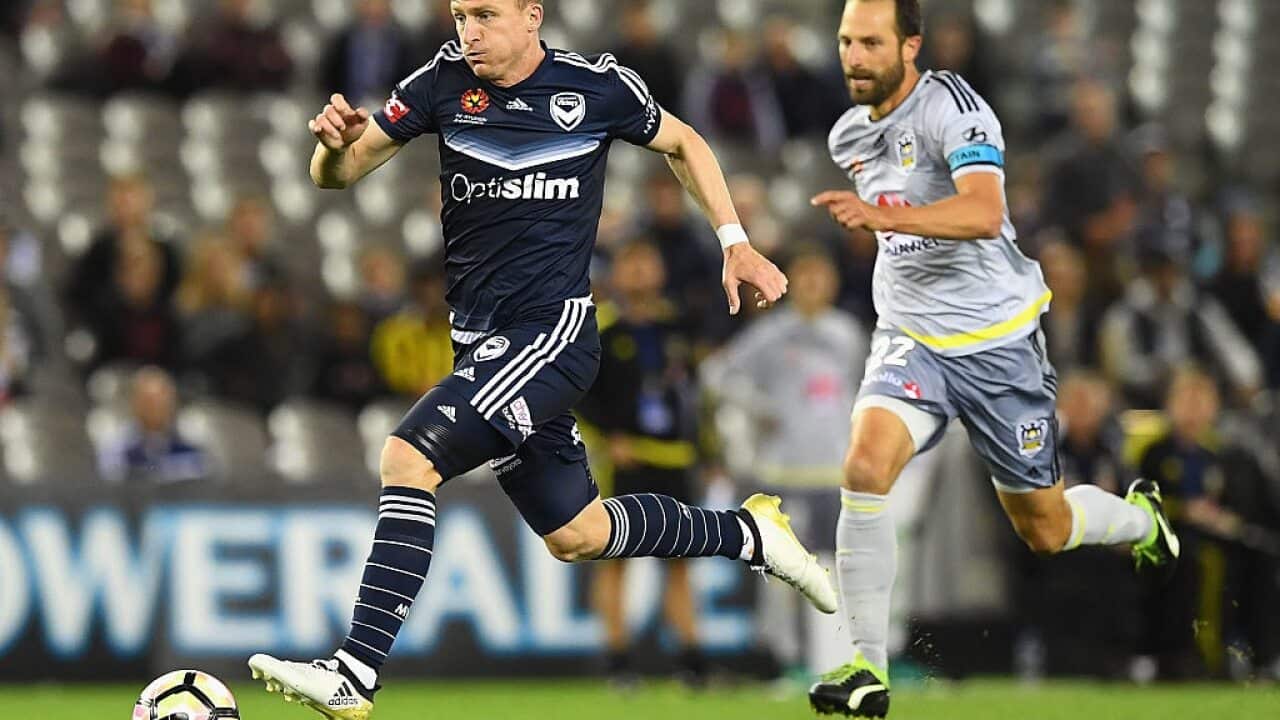 Kosta Barbarouses and Gui Finkler both made their return to Melbourne for the first time against their old club but two successive penalties early in the first-half gifted the match to the Victory.

An early Rashid Mahazi foul three minutes in was a sign that this would be a touchy encounter with six yellows and one red card handed out.

Advertisement
The lack of experience from the Phoenix back four was all the more evident when only a minute after the first foul, Dylan Fox took down the Albanian forward inside the box with the striker converting the penalty to bring his tally with Melbourne up to 50 goals.

Tempers flared in the second-half when Jacob Tratt collided with Daniel Georgievski, with the young defender lucky to escape with only a yellow, forcing the Macedonian off for the remainder of the match.

The first red would be given when Fox was given his second yellow in in the 59th minute after taking down Mitch Austin as he chased a Berisha through-ball that would have put him though on goal.

The Phoenix were given a lifeline when Alan Baro took down Roy Krishna moments later as Wellington scored their first of the season from the spot as the Fijian brought his side to within one with the score at 2-1.

The hosts would ensure that the match was theirs in the 71st minute when Marco Rojas scored his third of the season with a beautiful nutmeg past Andrew Durante, then netted his brace five minutes later, slotting the ball coolly past Glen Moss.

Not to be outdone, the duo combine shortly after with the Kiwi winger placing a perfect delivery through to the striker who found the back of the net with ease to complete his hat-trick, while Mitch Austin rubbed salt in the visitor's wounds with an injury-time demoralizer as the match ended 6-1.