The most curious transfer saga in A-League history appears to have come full circle with James Troisi re-signing for Melbourne Victory, after undergoing two medicals elsewhere on a globe-trotting club quest. 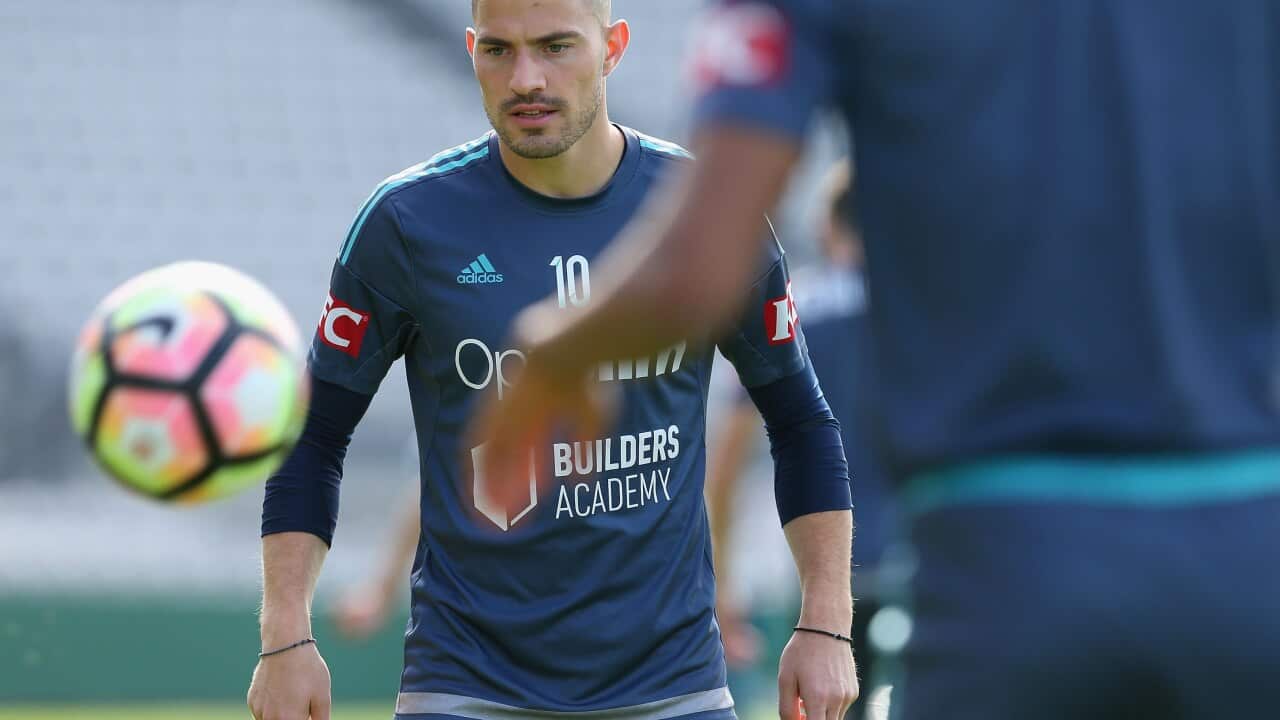 Troisi's world tour took in the USA, Canada and Israel - not to mention Russia for the FIFA Confederations Cup - before he returned home this month to agree terms with Melbourne City.

It was a done deal - complete with the formalities of a medical - only for the enigmatic Australia attacker to dramatically backflip on Wednesday night and reportedly opt for a Victory reunion instead.

Victory - who had steadfastly refused to pay Troisi the $1 million marquee wages he sought for another season - are believed to have snared his services for $570,000 for a one-year contract, which is within their salary cap.

Coach Kevin Muscat moved to outbid City, having been instilled with a sense of urgency after the shock departure this week of Marco Rojas to the Eredivisie.

Snatching Troisi from under the noses of their fiercest rivals will add extra spice to the already highly-charged derby atmosphere when next the two foes meet.

Troisi's odyssey saw him fly to the USA for a holiday and to offer himself to MLS clubs; undergo a medical and hold aloft a Maccabi Haifa scarf before walking away from that phantom deal; apparently sever ties with his management company and finally flirt with City before joining Victory for, it's understood, just $30,000 more.

Prior to that there were talks with Premier League newcomers Brighton and Hove Albion which broke down over wage negotiations.

It seemed the oft-travelled Troisi had fallen out with Victory, for whom he excelled last season, after the two parties were at odds over whether he was offered a contract extension or not.

But, in a case of forgive and forget sprinkled with a healthy dose of opportunism, the two parties are now as one.

A polarizing figure to some, Troisi, 29, is likely to be welcomed back by Victory fans who may take glee in City suffering collateral damage as part of a soap opera which has provided a hefty helping of intrigue to the A-League's long off-season.

They will be happy Troisi is back.

Almost as if he's never been away.