W-League Season 9 preview: All you need to know about every club

Season nine of the W-League will kick off on Saturday as Brisbane Roar meet Sydney FC at Spencer Park. On the eve of the first clash The Women's Game editor in chief, Ann Odong, takes a look at what each club as to offer in what is set to be in intriguing campaign. 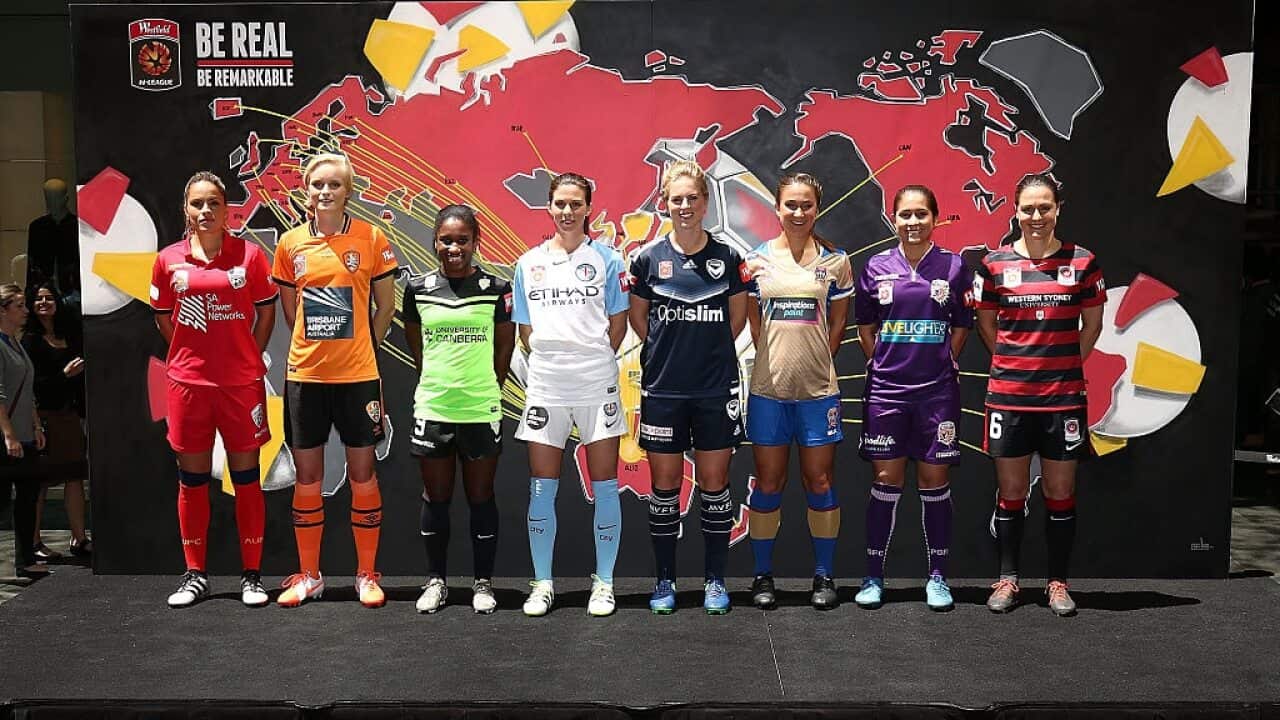 When Melbourne City co-captain Lisa De Vanna sprinted past weary Sydney FC defender Liz Ralston in the 95th minute of the grand final to score a glorious fourth goal, it was an apt visual demonstration of Melbourne City’s W-League dominance.

From the surprise announcement of their inclusion in the league to the lifting of the trophy by De Vanna and Jessica Fishlock, City were the prevailing force in the 2015/16 season.  City had it all; great facilities, top class players and an exciting, attacking style of football.

In one season, they created a new world order in the W-League and ultimately the question was would the other eight teams move to challenge them in season nine?

Once the W-League easy beats, the past three season have seen Adelaide's stocks rise with the Reds’ posting their best ever finish (5th) and points tally last season.

Season nine is about continuing the upward trajectory, although the task may be more difficult this season with a substantial squad overhaul under new coach Huss Skenderovic.

The Reds’ have one of the youngest and inexperienced squads this season with nine local South Australians set to make their W-League debuts.

Skenderovic will be relying on his experienced internationals to provide the stability and leadership and in particular perhaps the singular biggest signing of the season, Brazilian defender and Rio 2016 Olympic Games participant Monica Hickmann Alves.

The key for Adelaide’s season will be how quickly the local players are able to adapt to the league and provide consistent support.

One of the enduring memories of season eight is of a heartbroken Brisbane Roar defender Angela Beard after missing in the penalty shootout of their semi-final against Melbourne City.

It was a bitter end to a season where Brisbane had re-established themselves in the upper echelon of the W-League.

The Roar are perpetual W-League contenders and this season, even with a new coach Mel Andreatta, they should once again be jostling for a top four position.

Around them are a mix of seasoned players including Amy Chapman, Brooke Spence and up-and-coming young players Beard and Cortnee Vine.

After an off-season where the issue of pay was front and centre, Brisbane will be hoping it's their on-field exploits that gain the headlines.

Since the inception of the W-League Canberra United have been the model of squad stability.  Not this season.

Injuries, retirements and study breaks have meant that this United side will have the most movement in their history.

In saying that, some things have remained the same, namely Ellie Brush.

For eight seasons Brush has been at the heart of United and the defender is set this season to become the first player to reach 100 W-League appearances.

Brush will anchor a Canberra defence that will be a little less recognisable, and potentially less stable, than in previous seasons with Nicole Begg and Lydia Williams all absent.

Defence has been at the cornerstone of Canberra’s title and championship but this season it looks like the attack will be the leading force.

Coach Rae Dower has at her disposal arguably the best strike force in the competition with the pace attack of Michelle Heyman, Ashleigh Sykes, Hayley Raso, Jasmyne Spencer and Stephanie Ochs.

The key for Canberra is how they are all utilised and if they two-time champions can find the right balance between attack and defence.

If they can get it right, Canberra’s attack could certainly trouble even the best defence in the W-League, Melbourne City.

While there was much talk about City's vaunted attack last season their defence was just as impressive, conceding just four goals last season – a W-League record.

Importantly for their title defence, not only has most of that back line stayed in tact, it has been bolstered.

Scoring against City will again be a mammoth task for most teams this season.

The defence will have to lead the way in 2016/17 as City have lost plenty of firepower with the departures of Beattie Goad, Lisa De Vanna and Kim Little.

The trio contributed a healthy amount of goals to City's record-setting 38 goals in season eight.

NWSL attacking midfielder Erika Tymrak has been signed to fill the creative void left by Little and her link-up work with Marianna Tabain and Larissa Crummer will almost certainly be the basis of City's attack.

Victory were the biggest casualty of the introduction of City with their state rivals raiding the navy blue to secure no less than eight of their starting XI including the prize of their captain Catley.

The re-build has been based on young Victorians with Young Matildas Mindy Barbieri and Annabel Martin the standouts.

New coach Jeff Hopkins has looked to bolster that youth with international experience down the spine of the team with England striker Natasha Dowie leading the attack, new captain Christine Nairn (Washington Spirit) anchoring the midfield, Samantha Johnson (Chicago Red Stars) in the heart of defence and Bianca Henniger (Houston Dash) between the sticks.

Again Victory's season will rise and fall on the performances of the local players with Victory foundation players Gulcan Koca and Caitlin Friend to be called on to play roles if they are to reverse their fortunes from season eight.

After the highs of claiming the 2014/15 premiership and playing off in the grand final, Perth Glory came down to earth with a thud last season.

It was a tough initiation into the W-League for Perth Glory legend Bobby Despotovski as injuries and inconsistent form saw the Glory finish eighth.

Despotovski has looked to remedy some of the issues, specifically the midfield, that plagued the team with the signing of Americans Nikki Stanton and Alyssa Mautz.

The Mautz/Stanton duo will be the foundation of the midfield that can supply a front three that has plenty of goals in them in Sam Kerr, American Vanessa DiBernardo and Rosie Sutton.

Kerr and DiBernardo are both coming off strong NWSL seasons with DiBernardo finishing second on assists and Kerr netting five goals in the back half of the season.

Kerr in particular will be key the Glory's fortunes and if she can combine well with DiBernardo, Sutton, Mautz and Stanton, it could be the right equation for a return to the finals.

For the Newcastle Jets, season eight was one of frustration.  For much of the season Craig Deans’ side were on track to gain their first finals berth since the first W-League season.

The Jets side was one of the better-balanced teams with a solid defence and creative midfield but it was their lack of cutting edge in attack that proved costly.

Deans has looked to remedy that absence of a true out and out striker with the signing of Jen Hoy from the Chicago Red Stars.

Hoy is a proven goal scorer in the US College system and in the American NWSL.  She is also in a similar mold to her strike partners Rhali Dobson and Jenna Kingsley, that is quick and mobile.

In fact, mobility is one of the hallmarks of Deans’ side with pace throughout the team from the captain Gema Simon – fresh off a season with Korean side Suwon – to Matildas attacking midfielder and Olympian Chloe Logarzo to Hoy.

Defensively the Jets are set to be a sound unit but once again their finals chances will hinge on their ability to increase their goal tally.

On paper, Sydney FC are the best balanced squad with a strong defence and solid midfield and attack.

This season coach Dan Barrett has kept faith in the players who took him to the 2016 W-League grand final with the Sky Blues seeing little movement.

While Sydney are strong finals contenders, realistically the squad is one or two top internationals away from a big tilt at the championship.

From their first season in the W-League the Western Sydney Wanderers have been chasing to emulate the success of their cross city rivals.

While the gap has been narrowing in recent seasons, the 2016/17 squad is the Wanderers' best chance yet to finally dislodge the Sky Blues as the top team in New South Wales.

Understanding that has not been enough to jump the next level Brynes has recruited heavily and Matildas goalkeeper Casey Dumont, W-League veteran midfielder Kendall Fletcher (Seattle Reign) and former Bayern Munich striker Katie Stengel will be some of the keys.

The Wanderers have the ability to play fast, counter-attacking football but their inconsistency has proved costly in the past.  Maybe this season the older heads across all lines will be the difference.