Central Coast Mariners coach Tony Walmsley said Leicester City's stunning rise to the top of the English Premier League should serve as perfect motivation for his struggling A-League side. 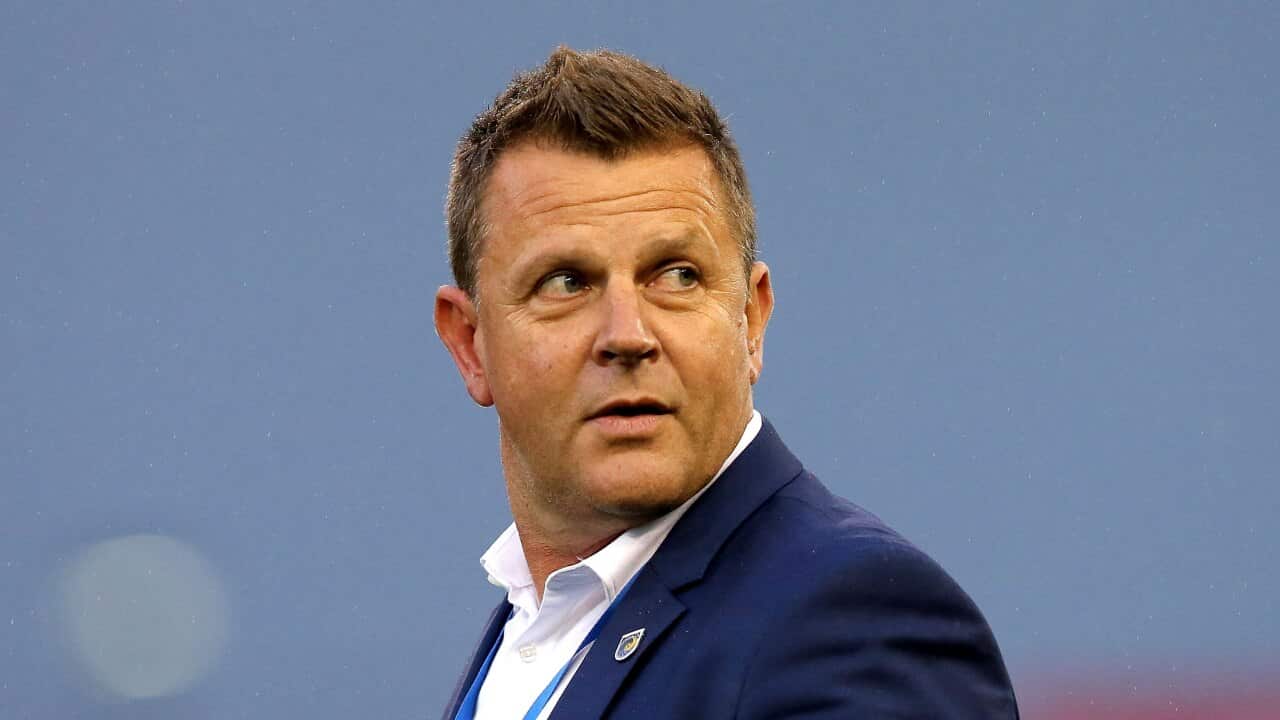 Looking on . . . . Walmsley's Mariners are bottom of the A-League ladder Source: Getty Images

"You only have to look at Leicester City to recognise what can be achieved here," Walmsley said.

"I know it's a different competition and you're not comparing apples with apples, but their belief system and their togetherness is what has taken them to the top of the Premier League.

"It's got nothing to do with finance and quality of recruits, it's the strength of the various parts that go together to make up the collective fabric.

Advertisement
"The Mariners are in that same boat when it comes to change and the mentality has to be that change will take us forward. That's what we're working on and some of the attributes of this team are great to work with and make me very optimistic about the future here."

Central Coast began the season with both a revamped team and style of play which was very attack-minded, although they have hit hurdles along the way when trying to find the correct approach.

The team's only win of the season came in the first round, 3-2 against Perth Glory. They lost their next three games, drew their next two and have lost their last five.

A huge 5-1 loss to Melbourne City at home in round nine was the only time the team looked completely dismantled, and the team has mostly been competitive while trying to get the balance right between attack and defence.

"The team is in the same situation now as when we started, which is to be ambitious with an eye on entertainment first," he said.

"The only major challenge to that is the fact that the last five games we've lost, so that has an impact on everybody - fans, players and staff.

"But we're still in the embryonic stage of what we're trying to do and on a personal level I'm really challenged by it in a positive way. It's very important that we use these, what I would call setbacks, as things to bounce back from.

"We're in the middle of a change process. We've gone from where we were, which was in a difficult situation, to a whole new identity.

"We've let some talented players go, but when you move in a new direction you always lose talent because not everybody shares the same values, so it's been a real challenge and I love a challenge.

"It's a great opportunity for us now to really show people what we're made of and every time we go out and play I have high expectations and the game against Sydney FC on Boxing Day will be no different.

"We'll go there with a young and enthusiastic group. We're lacking a little bit of belief at the moment, but when we find it we'll be successful."

Walmsley said suggestions Mariners became more reserved against Brisbane Roar on Sunday as a reaction to recent losses were off the mark and that the team was simply improving at the defensive end. Roar won 1-0.

"It was always our intent to be able to keep the back door closed when we were being more expansive, but it just didn't happen straight away," he said.

"There were mistakes made and at times we were a little bit too open to allow us to show our strength going forward. We were leaving the back door too far open and getting caught out. But we worked on that all the time.

"It was so hot against Brisbane on Sunday that to press from the start of the game would have been suicidal against a team that is so good in possession and as it turned out we defended particularly well and lacked down the other end.

"So it was like the pendulum swung too far the other way. We defended very well until late, but didn't do well enough with the ball.

"But that's our strength, we are good in possession and with Fabio Ferreira back and him and Mitch Austin playing in the same side we know opposition teams are going to be reserved about what they do with their fullbacks because they'll be worried about what we can do with our width.

"We want to stop the amount of goals we're conceding, for sure. We can't just attack and not defend. It's been a work in progress all year and we were outstanding with a young central defensive pairing against a strong Brisbane side.

"Had we defended better up the pitch I don't think that goal would have come for them, but they had a lot of possession and we had been chasing the game for too long."

Walmsley is convinced the results will come, but only with more hard work.

"But it's easier said than done. You've got to have a lot of good strong character traits to be able to deliver under those circumstances and that's what we're looking for in the team

"We ran out of legs against Brisbane because we didn't really back ourselves in possession and once we do that and our players are actually keeping the ball and moving the ball quickly and we get that belief back and we have a better structure at the back we'll be much harder to beat.

"Then we'll stretch teams more at the other end. The philosophy hasn't changed. We have to recognise what can be achieved here and keep moving in the same direction."