Brendon Santalab and Adam Berry scored a goal apiece as Western Sydney Wanderers were held to a 1-1 draw by Central Coast Mariners at Spotless Stadium. 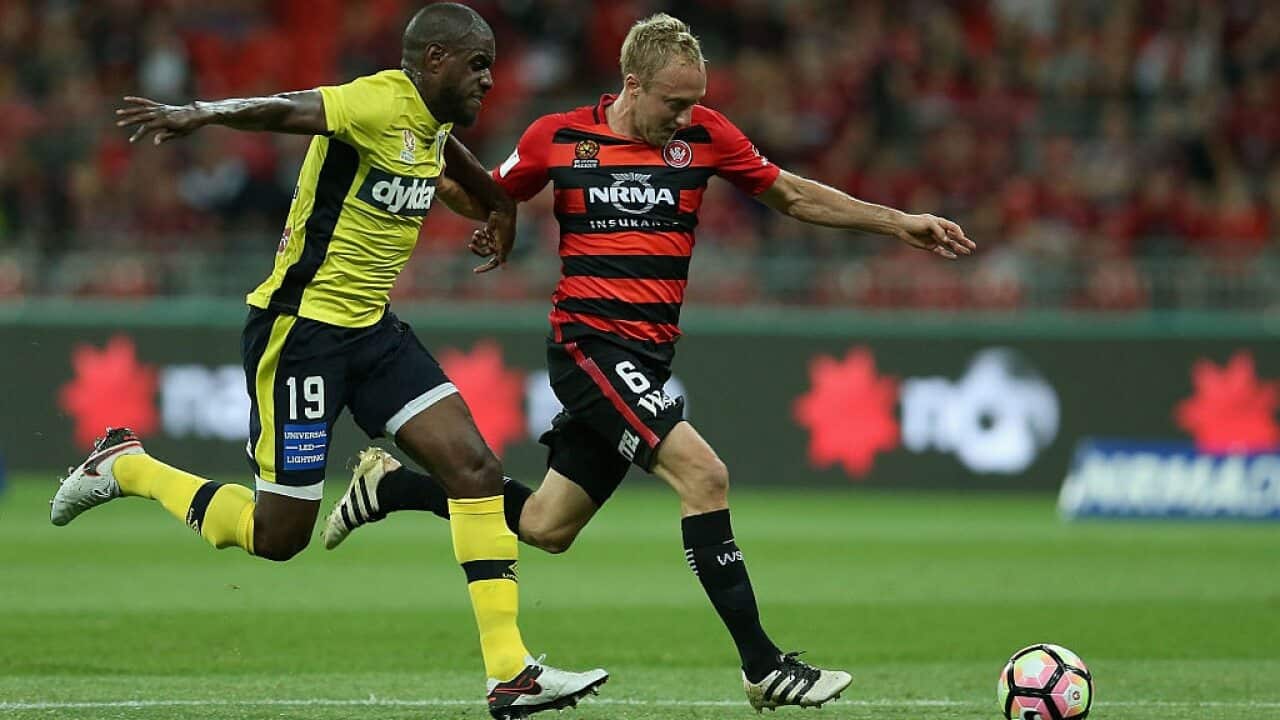 Two teams with mixed starts to the season, a win in this match had the potential to act as a springboard for both the sides.

The hosts started the match strongly with Santalab, normally utilised as a 'super sub', starting instead of Keres Bulut.

He opened the scoring after only a minute and 23 seconds as the Wanderers countered after a Mariners corner.

Advertisement
Nico Martinez played the ball on beautifully to the striker who hit the ball past Central Coast keeper Paul Izzo to delight home the home fans.

Jumpei Kusukami came close to doubling the lead as he headed a Scott Neville cross just wide in the 22nd minute then hit the crossbar in the 43rd minute.

Martinez almost had his second assist of the night as he set up Mitch Nicholas with only the keeper to beat but the attacking midfielder misplaced the shot to the right of the net 48 minutes in.

Berry, making his starting debut in the A-League, scored the equaliser for Central Coast after a misplaced Robert Cornthwaite pass back to Andrew Redmayne was left for the keeper and Blake Powell to gain possession of as the ball popped out for the young midfielder to easily slot into an open goal.

Nichols had the chance to seal the match for in the 90th minute but again couldn't find the target as he powered the ball straight past the post as the match ended 1-1.