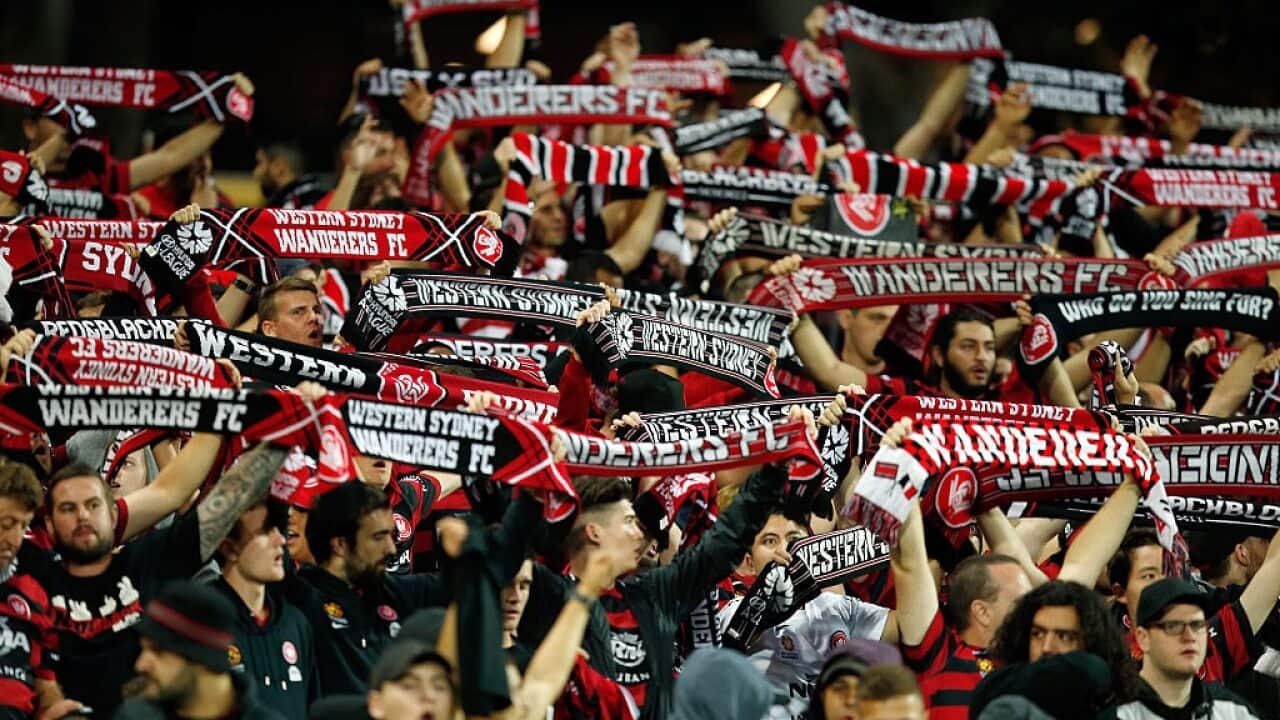 A crowd of 60,000 for the first derby to be held away from either Pirtek Stadium or Allianz Stadium would shatter the A-League record attendance of 55,436 for the grand final between Melbourne Victory and Adelaide United way back in the second season of the competition.

That game, at Etihad Stadium on February 18, 2007, is famous for the 6-0 win to Victory that included an A-League record five goals from Archie Thompson.

There has been a lot of speculation about the possible size of the crowd for the derby, which will kick off at 7.50pm on Saturday, October 8.

Advertisement
The World Game asked Tsatsimas how club memberships and ticket sales were progressing just over a week out from the game, and he replied: "We expect to get 60,000 to the game. Tickets are selling really well. We're aiming to break the record and that's what we're on track to do.

"We've got about 18,300 members for this season so far and there is no limit on membership at this stage. We're still open for business in that area and we're looking to break 20,000 members.

"The derby is the ultimate game on the Sydney football calendar and this one is the first game of the season, at a huge venue, so it will be the pinnacle game for our members and as such we expect the vast majority of them to come to the game.

"Apart from that, ticket sales are tracking well and the combination of memberships and ticket sales so far, with still more than a week to go, tell us to expect 60,000."

Tsatsimas added there was the potential for the crowd to get even bigger under the right conditions.

"Anything above 60,000 would be a bonus, but you never know how many more might be there if there's great weather and plenty of publicity," he said.

Publicity certainly shouldn't be a problem. The A-League will have a valuable window to exploit in the week leading into the first round, with the NRL and AFL seasons done after this weekend's grand finals and the cricket season yet to take off.

Western Sydney Wanderers striker Brendon Santalab, who is entering his fourth season with the club, said he believed this latest installment of the derby would "blow away" previous derbies for atmosphere.

"I've heard the talk about how big the crowd is likely to be and it's amazing," Santalab said. "This game is going to be massive for the league, for both clubs, and it's sure to be a great spectacle. We've had three and a half months to prepare, so it's definitely going to be one fiery battle.

"The second leg of the Asian Champions League final in Saudi Arabia, in 2014, is the biggest game I've played in for the Wanderers. It was incredible, the atmosphere was amazing.

"Obviously every derby in terms of atmosphere has been fantastic, but we're expecting this to be even bigger and blow away the past derbies in terms of the atmosphere and the electricity in the air within the stadium.

"So it'll be among the top three or four games I will have played in."

Wanderers midfielder Dimas said he was excited to find out just how many people turn up.

"It's very exciting to have a first match like this, being a derby and with a huge crowd," he said. "We're going to be able to fit in as many people who want to come.

"The team is going to be really well prepared for the match and hopefully we can do well for our fans and win."

New signing Nico Martinez, who is expected to play on the wing for Wanderers, said he couldn't wait to kick off his career with the club in such a big match.