Wanderers bracing for Oscar and Hulk

Western Sydney Wanderers are preparing to give giants of world football and multimillionaires Hulk and Oscar a Campbelltown welcome. 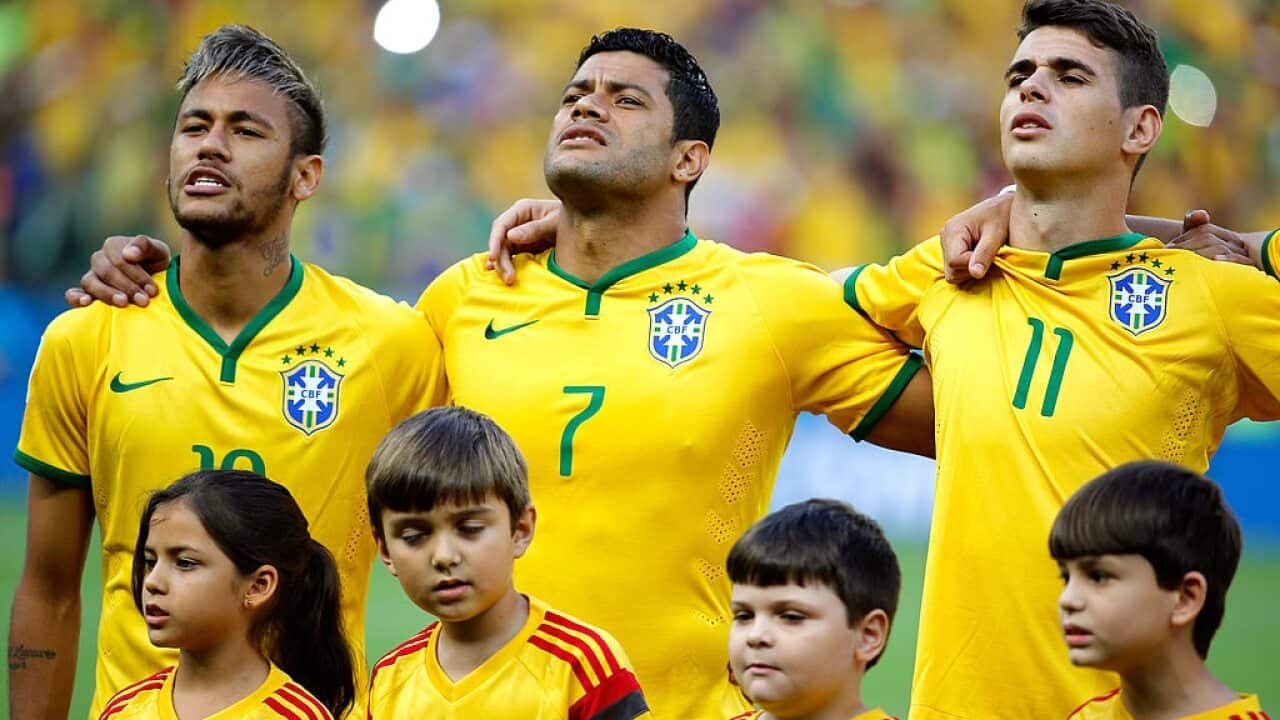 The Wanderers could take on Brazilian superstars Hulk and Oscar in the Asian Champions League. Source: Getty Images

The Blacktown-based club have been drawn in Group F for the upcoming edition of the Asian Champions League, pitting them against Korean champions FC Seoul and a likely match up against Chinese giants Shanghai SIPG.

Shanghai SIPG are one of three sides in contention for a playoff spot but shape as the most likely to advance to the group stage.

The wealthy Chinese club are headed by former Chelsea manager Andre Villas-Boas and boast the likes of Brazilian striker Hulk, who demands over $500,000 a week.

Advertisement
The club is also close to reuniting Villas-Boas with former charge Oscar, who is set to join Shanghai after Chelsea reportedly accepted a record $85 million transfer fee.

"It's 90 per cent certain," Oscar said of the potential deal. "It just depends on a few bureaucratic details."

Their presence would ensure a packed house at the 20,000 capacity Campbelltown Stadium, which will host the Wanderers' ACL group games.

"That's the challenge we have once again - to possibly come up against a really big team, a team that wants to do what we've done and that's win the champions league.

"That's why they're being linked to players such as Oscar and we'll welcome him to Campbelltown with open arms."

Popovic said they had learnt a lot from their previous two ACL campaigns, in particular their 2014 win.

While they were crowned champions of Asia, they failed to back up in the 2014-15 A-League season, finishing second last.

"I think you know what to expect by being in there a couple of times," Popovic said.

"It doesn't make it any easier logistically. The travel is still the same, you're still trying to play two competitions - which is tough.

"In the two previous occasions we've been there, we've embraced the challenge of this competition brings both on and off the field. "