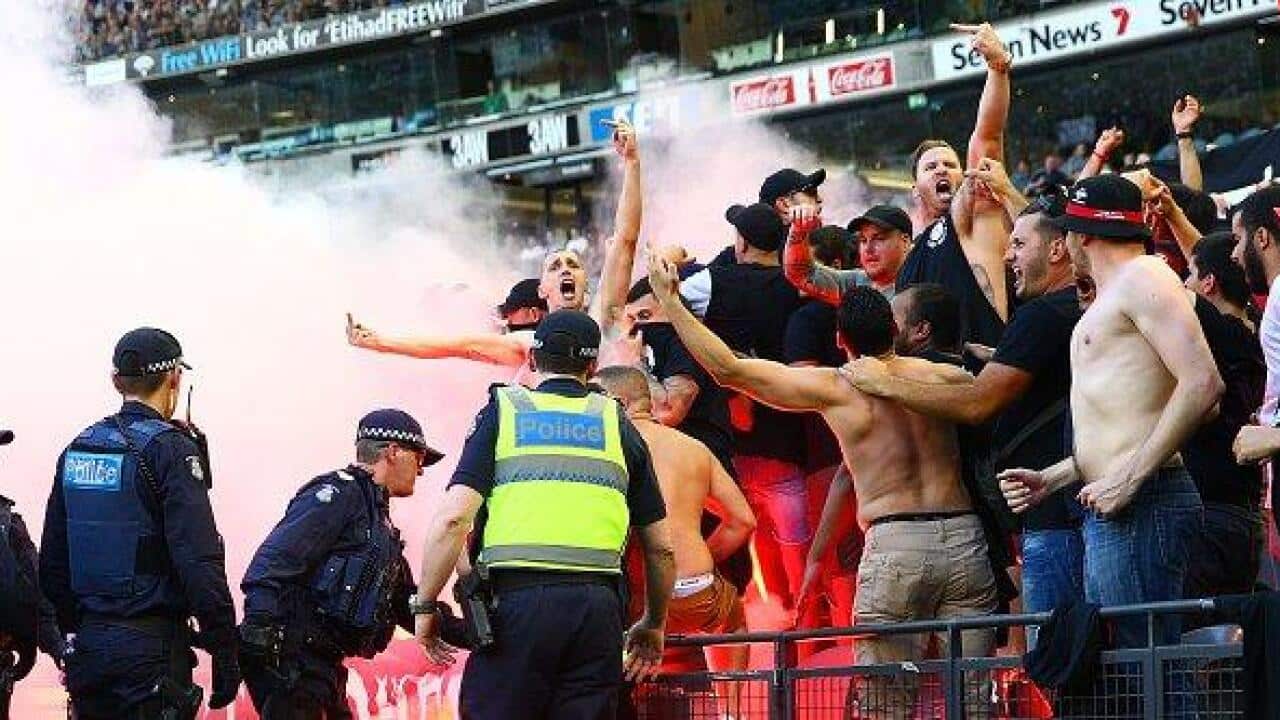 Tsatsimas was furious after a number of travelling fans released flares at Etihad Stadium on the weekend, after which the Wanderers were found guilty of bringing the game into disrepute.

Football Federation Australia today handed down their sanction, one which leaves the club in the precarious position where one more flare release could cost them the A-League premiership.

Tsatsimas said the club is preaching a "zero tolerance" attitude towards those fans who take flares into games and said that everyone at the club is disappointed by recent events.

Tsatsimas also said he was staggered by the timing of the misdemeanours, given the FFA is in the process of finalising their new ban appeals process.

"It doesn't take a rocket science to work out the timing of this is absolute mind boggling," Tsatsimas fumed.

"I can't fathom it and many can't in the game."

The Wanderers chief said fans of "pyrotechnic displays and boorish behaviour" are not welcome at Wanderers games.

"Show your passion as any true football fan would," Tsatsimas said.

"But don't do it as a hooligan. For those who cannot or will not comply, do not come back, you are not welcome.

"Stop using our club as a promotional vehicle for your own selfish and narcissitic purposes. You are not wanted and you never will be."

Tsatsimas described the RBB, who have been at the centre of the controversies, as "unbelievable" and defended the group, saying the majority of them are well behaved.

But the Wanderers CEO hit out at the minority who have caused the issues.

"We just hope that minority is weeded out and it doesn't punish the RBB or the rest of the membership group.