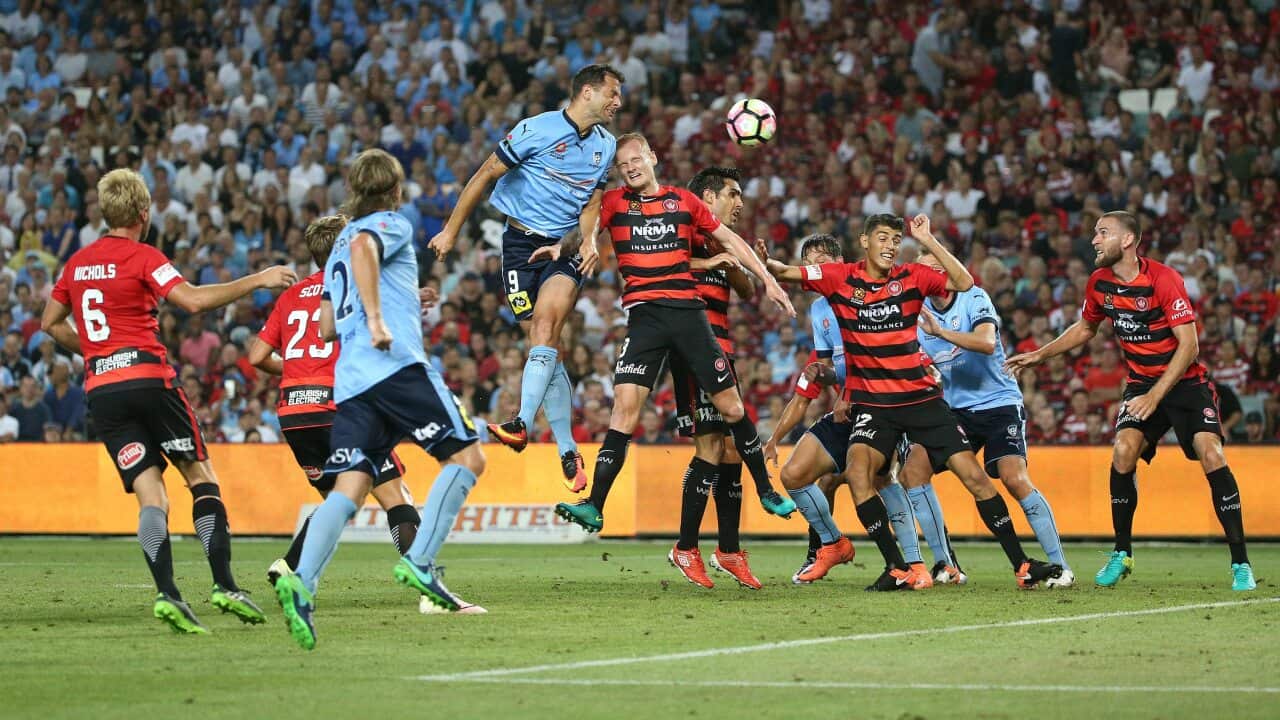 Saturday night's stalemate will aggrieve the Wanderers, who should have been awarded a first-half penalty for Michael Zullo's handball.

But Danny Vukovic's late heroics in front of a crowd of 40,143 at Allianz Stadium ensured the Sky Blues' unbeaten juggernaut rolled into a 15th game, as Graham Arnold's league leaders stretched their undefeated derby record to three years and three days.

Both sides opened with gusto but the affair soon turned into an arm-wrestle as Tony Popovic's eighth-placed outfit held their own against their in-form hosts.

As expected, Janjetovic was roundly condemned for his cross-town defection, enthusiastically booed by Sky Blues fans at every touch of the ball.

But the unperturbed gloveman handled the pressure well and pulled off one particularly acrobatic leap to tip a header over the bar.

As Sydney looked to turn the screw, the Wanderers applied some promising pressure and were denied a clear penalty when Nicolas Martinez's shot struck Zullo on the arm inside Sydney's box.

On the sideline, Popovic's valve was ready to blow, as referee Peter Green ignored his wild gesticulations and promptly ordered a goal kick.

It temporarily sparked the visitors but as the affair wore on the urgency diminished.

Up the other end, Arnold's pre-match prediction that Vukovic would not have to make a single save proved inaccurate early in the second half when the gloveman sharply denied Mitch Nichols' glancing header.