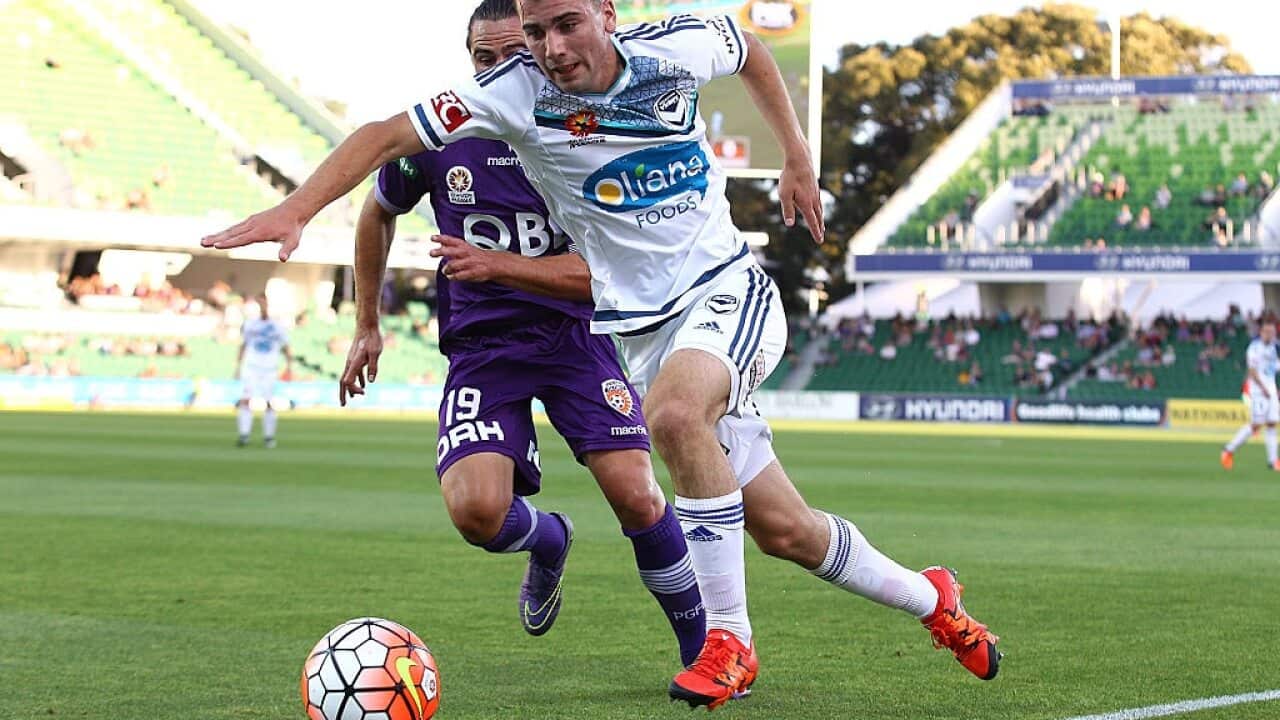 The Wanderers knocked back an offer from IFK Gothenburg last week, but the Swedish giants are set to come back this week with an improved offer, one that triggers a release clause in his contract.

Advertisement
While losing Jamieson, 27, would be a blow for last season’s runners-up, they have typically wasted no time in searching for a replacement, with Murnane arriving in Blacktown on Monday to begin a week-long trial.

Murnane was released by the Victory at the end of the last season, a victim of the club’s oversupply of left-backs, with Daniel Georgievski and Scott Galloway given preference by coach Kevin Muscat.

However, the 21 year old still proved himself as a more than capable defender once he found his feet at A-League level and ended up playing 24 matches with the three-time champions.

Murnane arguably had his best season in the year just past, playing 11 matches, eight in which he managed to play the full 90 minutes.

When contacted by The World Game for comment on the trial, Murnane’s agent Richie Hinton said his client was given no guarantees.

"I can confirm he’s on trial at the Wanderers but at this stage there has been no discussion about anything more," Hinton said.

"It would obviously make sense for them if Jamieson does depart but Dylan is just going there to do everything he can to impress Tony Popovic.

"It’s no secret about the Wanderers’ work ethic and the standards they have, so Dylan knows nothing can be taken for granted. That mental determination to improve is one of the strengths of his game."

There has been considerable interest from around the A-League and abroad in Murnane’s services, but Hinton said he’s looking for a club who can further Murnane’s career.

"Dylan has broken through at the A-League level and shown himself to be more than capable, so it’s just about sorting out the best fit for him," he said.

"Left-backs aren’t historically easy to find in Australian football, so it was just a unique situation at Victory with three quality players in the same position.

"But he’s now coming to that age where he needs to be playing on a regular basis and we're pretty excited about what lies ahead of him."