Former Western Sydney Wanderers import Vitor Saba has launched a scathing attack on coach Tony Popovic, branding him a “bully” who made his life miserable at Wanderland. 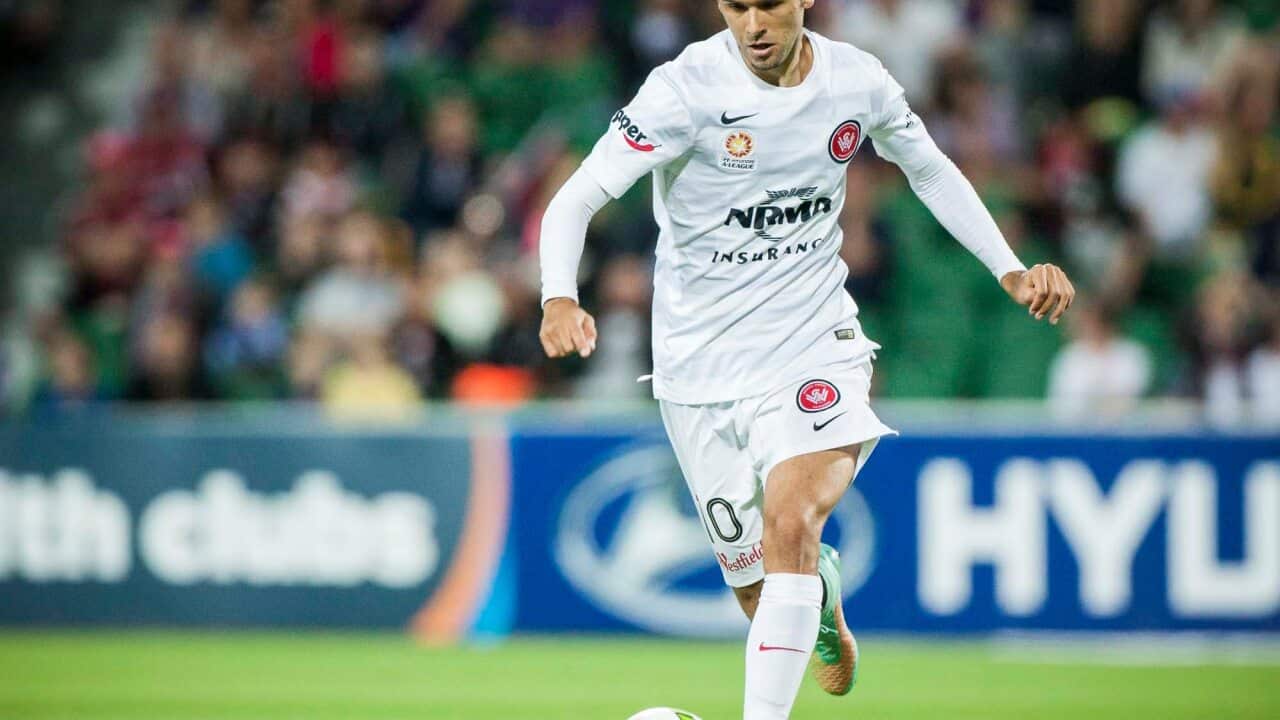 The enigmatic Brazilian midfielder, who has set his sights on an A-League return, left Australia within seven months after a bitter fallout with Popovic over his work rate and role in the team.

Saba claims he paid $158,000 to buy himself out of his contract with Italian outfit Brescia to join the Wanderers but insists a climate of fear pervades under Popovic - who has led Wanderers to AFC Asian Champions League triumph, a Premiers Plate and two grand finals in his three-and-a-half seasons at the helm.

Advertisement
“The players fear him ... they don't respect him, they fear him because he is always unfair,” claimed Saba, who is currently contracted to Greek Super League side Kalloni but is believed to be in preliminary talks with clubs over a possible A-League comeback.

“He punishes. That’s not how a football environment should be; with punishment and bullying.

"He would punish players in front of the others, so everyone could see what he was capable of. Physical trainings by yourself was his favourite.

"There were also fines flying around for no reason."

Assiduously courted by Popovic for over two years before finally joining the Wanderers in June 2014, Saba played just 15 games in all competitions before being released by “mutual consent” last January.

Saba said he knew his days were numbered when, after a bust-up with Popovic in his office, he was told he could leave and was then forced to train away from the first team squad with a group of out of favour players including Daniel Mullen, Kwabena Appiah and Seyi Adeleke.

"He made our lives inside the club very bad; taking us out from the team talk; putting us aside in every aspect of training just to make us feel bad and to ask for the release,” Saba said.

Saba even accused Popovic of physically intimidating him, declaring that after he agreed that he should leave the club during that stormy meeting: “Popovic got up, gave me a slap-push on the back and said, 'ok you can go then'."

A team-mate of the great Ronaldinho’s at his first club Flamengo, Saba said the seeds of his exit were sewn the day he arrived in Australia.

“I didn't know that all of that love and confidence shown from him towards me would disappear after the first day at Sydney," he said.

“I arrived at 5.45am; they put me in a car and drove me directly to the training centre. After days of travel, I go directly to training.

"He brought me inside his office and said:  'Here no one has better treatment than the others.

"The players need to have a hard time. Only like this we can win. We work very hard. That’s why you come directly to training after a long flight."

"His tone was very hard."

Saba, 25, said the workload was “insane” under Popovic and “twice as hard” as Italy in his two seasons with Brescia.

The pair clashed over how Saba thought he should be utilised, with Popovic snuffing out his hopes of a free role whilst being unimpressed with his output and effort during training.

“He tried to change the way I played," Saba said. "Popovic told me: 'I don’t want you running around to get the ball like you did in Brazil and in Italy.

"I want you to stay in the middle and wait for the ball to come to you. Less dribbling. Only two touches on the ball. But that was not me. I am used to being the playmaker and having freedom.

"At Wanderers, I was always on the bench. He used to call me aside and say I was the most talented player he had worked with. Even more talented than Shinji Ono, but I had to play the way he wanted me to play."

The pair's relationship was acrimonious to the end, with Saba claiming Popovic made his release conditional on a rival A-League club not signing him.

“He told my agent he could find me another team, but not inside the A-League. I was devastated by that.”

A source close to Popovic said of Saba's claims: “The Wanderers had high hopes of Saba and there is no doubting that he has great ability.

"But his training levels and his output were between 40 and 60 per cent lower than his teammates.

“With Tony Popovic, how you train is how play. He was very disappointed with how things went because he was expecting big things from Saba and it just didn't happen."

But Saba, who was last month linked with the Newcastle Jets, countered: “I tried … I really did.

"Players used to come to me and say how I was still on the bench and never given a chance, while Popovic put players from other positions to play as number 10, like Mark Bridge, who is winger.”

Saba, who has made 15 appearances for rock bottom Kalloni this season, feels he has a point to prove in the A-League and is looking for the chance to make more of an impact second time around should a club take a gamble on him.