Wanderers return to Adelaide for grand final rematch on SBS 2

Round two of the A-League kicks off with a grand final rematch between reigning champions Adelaide United and Western Sydney Wanders at Coopers Stadium, LIVE and FREE on SBS 2. 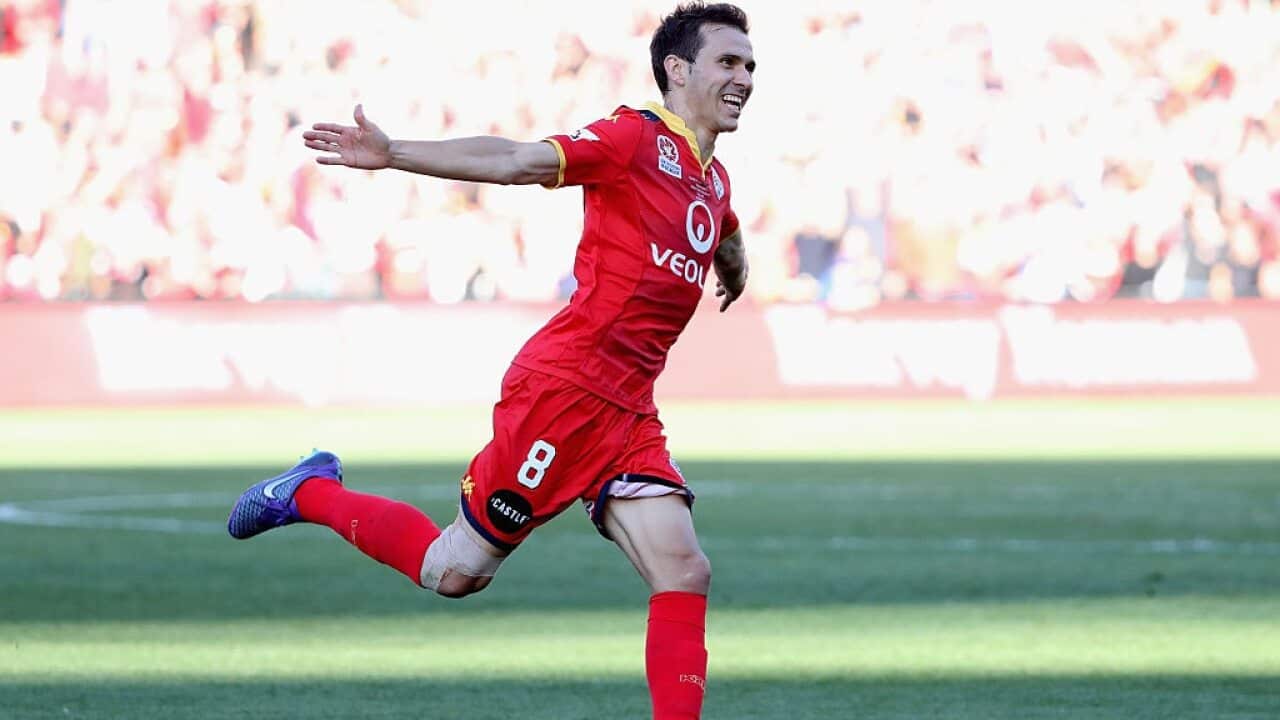 The Reds' 3-1 grand-final win at Adelaide Oval is sure to be at the forefront of the players' minds going into the clash as United and the Wanderers strive for their first win of the 2016-2017 A-League season.

Adelaide were lucky to come home from their clash with Newcastle Jets with a point after a 1-1 draw in round one.

Guillermo Amor's side was much changed to the team which played in last season's decider and lacked the spark which helped Adelaide to a premiership and championship double.

The club's new signings weren't always on the same page but worked hard to claim a draw against a wasteful Jets outfit.

Amor will hope an extra week on the training paddock will improve the cohesion of his squad ahead of Friday night's clash with the Wanderers.

Round one couldn't have gone any worse for Western Sydney as they suffered a 4-0 flogging at the hands of fierce rivals Sydney FC.

Despite a solid first half from Tony Popovic's side, the Wanderers capitulated in the second stanza conceding four goals.

Western Sydney struggled to shut down the Sydney FC attack, which found hole after hole in the Wanderers' defence.

Defensive leader and club captain Nikolai Topor Stanley was expected to sure up the back-line for Popovic's side after returning from injury.

Instead, the experienced defender will be jetting off to Dubai after he made a shock move to Arabian Gulf League side Hatta Club on Thursday.

While sorting out the Wanderers' defensive troubles will surely give Popovic a headache or two, the coach will be relived new signing Jumpei Kasukami impressed against the Sky Blues.

Previous encounters between the two sides have been hard-fought affairs with their three regular season clashes last season all ending in draws (1-1, 0-0 and 0-0).

Expect a much improved performance from the Wanderers this week as they take on an Adelaide side determined to prove they are still the competition's top team.

You can watch all the action between Adelaide United and Western Sydney Wanderers LIVE and FREE from 7:30pm this Friday on SBS 2.