Australia midfielder Tom Rogic got on the scoresheet as Celtic thrashed hapless Hamilton 8-1 at Parkhead to go six points clear of Aberdeen at the top of the Scottish Premiership. 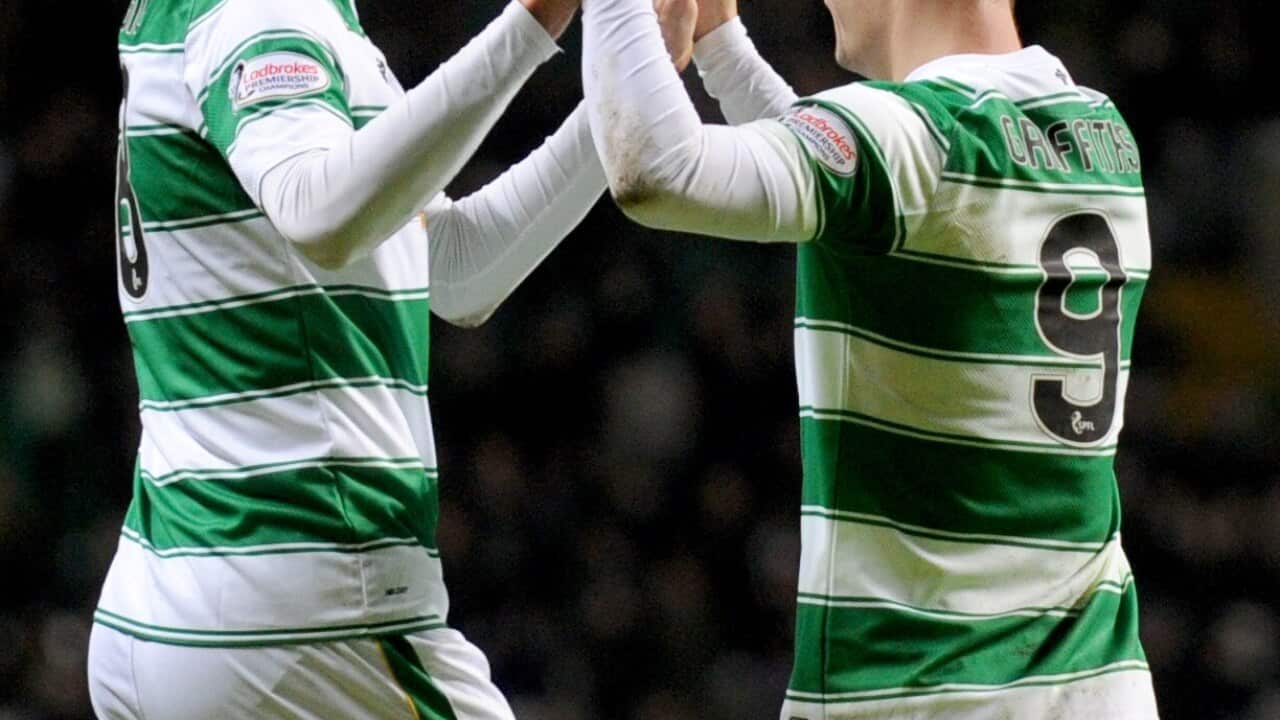 It was a spectacular first-half performance from the home side who were three goals ahead after just 10 minutes thanks to stand-in skipper Mikael Lustig, Nir Bitton and Australia midfielder Tom Rogic before in-form Griffiths notched a double before the interval.

Advertisement
Half-time substitute James Forrest scored eight minutes into the second-half before Griffiths grabbed his third and Celtic's seventh with Callum McGregor making it eight right at the end.

Before that Hamilton's second-half substitute Eamonn Brophy got goal on the break as a consolation for the abject New Douglas Park side who have now gone eight games without a win and are above 11th-placed Kilmarnock on goal difference.

It was a night of trauma for the visitors.

There was less than a minute played when Accies defender Anton Kurakins headed a Griffiths shot away just in front the goal line, after keeper Michael McGovern had parried an Emilio Izaguirre effort.

However, the opener was only a couple of minutes away and came when a Stuart Armstrong free-kick to the back post was headed in by the unmarked Lustig.

When Bitton, back from suspension, had time and space to arrow a wonderful drive from 30 yards high into the net, the points were safe with only the margin of victory in doubt.

Accies fell three behind a minute later when a poorly-defended cross from Lustig fell to Rogic, whose returned shot from the edge of the box appeared to deflect off Hamilton stopper Michael Devlin before ending up behind McGovern.

There was soon more woe for Accies when Ali Crawford's slack pass was picked up by Gary Mackay-Steven who drove 40 yards to the Hamilton box before setting up Griffiths whose finish was typically clinical, his second from close range in the 33rd minute from a Rogic cross a lot easier.

The champions were relentless.

McGovern saved from Lustig as Accies were carved open again before the Northern Ireland keeper saved a deflected free-kick from Griffiths.

Scott Allan and James Forrest replaced Rogic and centre-back Jozo Simunovic for the start of the second half - Bitton moved back to partner Efe Ambrose - with Accies replacing Gramoz Kurtaj with Dougie Imrie.

Allan and Forrest combined in the 53rd minute for the latter to drive in number six before Griffiths made it 7-0 when he capitalised on a mistake by Devlin to lob McGovern.

The keeper made saves from Armstrong and Forrest, before Griffiths made way for Carlton Cole but in the 72nd minute it was Accies substitute Brophy, on for Alexandre D'Acol just after the hour mark, who broke through the Celtic defence to slip the ball between the legs of Celtic keeper Craig Gordon.

The Parkhead men contrived to miss several more chances before McGregor drilled in number eight from the edge of the box and by that time the Hoops' signal of intent to Aberdeen had already arrived in the Granite City.