A-League aspirants South Melbourne believe they can help galvanise "a stale" competition, as an impending solution to Australian football's governance crisis looks set to put expansion back on the agenda. 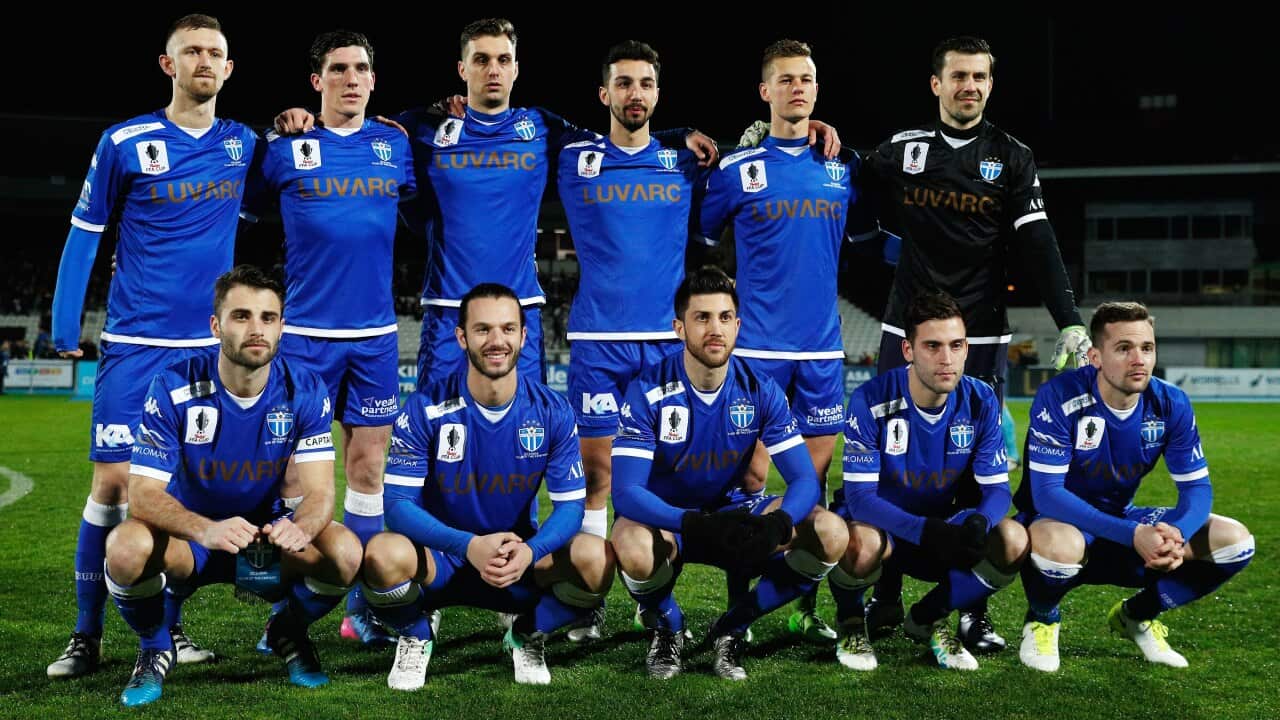 If this week's behind-closed doors accord between the state federations and FFA over the composition of an expanded 9-4-1-1 congress is approved by FIFA - despite opposition from the clubs - then the threat by the world governing body to seize power in Australia in November will be removed.

That would pave the way for FFA chairman Steven Lowy and his board to revisit the process of making decisions over big ticket items, such as expansion from 2019 onwards.

Four-time NSL champions South - who will grasp an FFA Cup semi-final spot if they beat Gold Coast City on the Sunshine Strip next Wednesday - see themselves as the most likely of up to 10 would-be expansion teams to set pulses racing in a league struggling for deeper traction in Australia's congested sporting marketplace.

Advertisement
Just a month out from the kick-off of the 2017-2018 A-League season, anticipation is hardly at fever pitch.

"The competition is stale, there is no doubt about it," said South's bid chief Bill Papastergiadis. "Look, presidents of the A-League clubs are telling us that. If the participants are telling us that, you can only imagine what the support base thinks.

"The A-League club presidents think expansion is absolutely necessary ... there are not enough teams and there is not enough excitement in their opinion.

"We need to make the jump from 10 to 12 as soon as possible. That's where promotion and relegation will also come into play, because it will create that fascination with the bottom of the league as well as the top.

"We don't have the depth of talent in Australia anymore, and I think we are all in unanimous agreement that there needs to be more opportunities for players than exists at present.

"It's because we don't have a deep and rich number of teams competing and that means players are not given the opportunity."

Papastergiadis said the governance issues plaguing FFA had only hardened the NPL club's desire to reclaim a place at Australian football's top table, insisting they would be hard to ignore because they invoke both passion and vitriol.

"One A-League club owner put it to me like this, 'a team like South has as many enemies as it has supporters and that creates significant interest'," Papastergiadis said. "That's because people love to hate the club as well."

He said South's FFA Cup run was indicative of what they could offer as an A-League participant in waiting, as they seek redemption against the side who knocked them out of the competition two years ago.

"I think it speaks volumes about the depth of the football club, from our playing capacity, to our coaching ability, and we are getting hundreds of supporters booked in to make the journey up there," he said.

"It was always our aim to show FFA and the general public that we have a team that is capable of playing at the highest level in this country, and can be shaped into an A-League team.

"Expansion will be measured on facilities, financial ability, ready-made teams, an impact within the community, and a broad-based club. The feedback we're receiving from FFA has been positive.

"We tick all those boxes. I don't think any other expansion club does that the way we do.

"If we make it to the semi-finals, we will be only the second non-A-League team to have done that."

South, who need only gates of 1500 to break even at their 13,000-capacity Lakeside Stadium, believe they are a model in the self-sustainability.

That contrasts starkly with Melbourne City, who need crowds of 14,000 per game to break even on their AAMI Park deal.

Should they be granted an A-League license, Papastergiadis is confident South would attract crowds averaging around 10,000, which would generate over $1.5 million annually in gate takings.