As big statements go, Sydney FC could not have made a more compelling case for their aspirations to turn years of mediocrity into a season to remember. 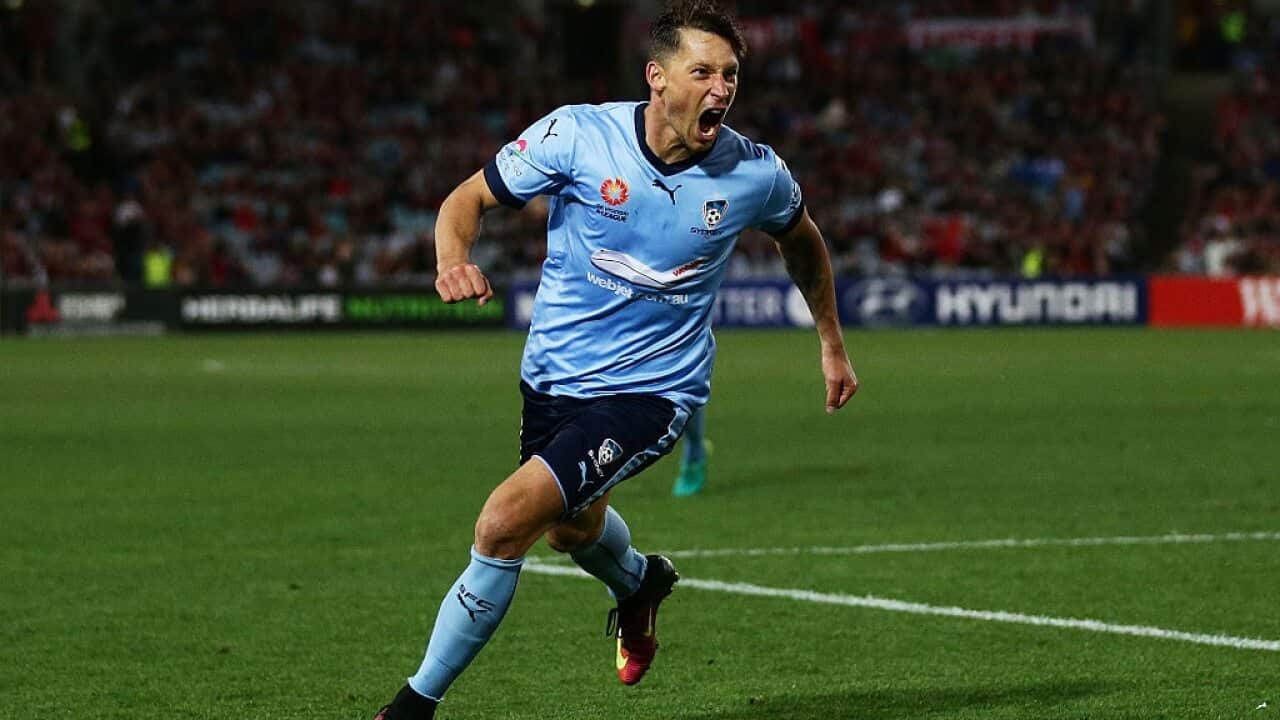 An emphatic 4-0 thrashing on match day one of the A-League against none other than their crosstown rivals Western Sydney Wanderers is as good as it gets.

Yet the real test of their league credentials has yet to come after a record-breaking night for the club and the A-League.

Graham Arnold's men were not four goals better than the Wanderers although they were more organised and clinical  for most of the derby that was watched by 61,880 people ... the largest crowd to watch a domestic club football match in Australia. Ever.

Yet for all the plaudits the side received for the massive victory and, perhaps more significantly, the manner in which it was achieved, Sydney still have a major obstacle to overcome if they are to be seen as serious contenders for their third championship.

The Sky Blues, notoriously, are among the league's most inconsistent sides and their fans are often baffled and frustrated by their favourites' form that so easily can go from the sublime to the ridiculous.

Sydney will point to some positive unbeaten runs in the last few years but regularity and consistency are not their forte. Never have been.

The fact remains that no team in the A-League has the 'capacity' to play spellbinding football one game and come up with a shocker in the next.

Arnold has been around long enough to know that one swallow does not make a summer although he did not hide his deep satisfaction for Sydney's thumping win.

"I don't think it was a four-nil game," Arnold graciously said later.

"The first half was an arm wrestle, a typical derby, but in the second we played our football by moving the ball around and using the quality we've got and we did it exceptionally well. But we're not getting carried away."

Sydney face Central Coast Mariners at Allianz Stadium at the weekend and are away to Wellington Phoenix the following week.

Pundits would be interested to see if the Sky Blues can back up the derby demolition with two more strong performances.

The Mariners staged a remarkable comeback by securing a 3-3 draw at Perth Glory after being three down at halftime.

Paul Okon's men will be buoyed by their achievement at nib Stadium when they travel to Allianz Stadium on Saturday in a repeat of the first A-League grand final in 2006.

Sydney never looked back after taking the lead early in the second half. Filip Holosko's firm finish preceded an assist for his former Besiktas team-mate Bobo.

The Wanderers reacted strongly to the double setback and created a few gilt-edged scoring chances that were either spurned or brought the best out of goalkeeper Danny Vukovic.

And when Aritz Borda was sent off for a last-man foul on substitute Alex Brosque eight minutes from time you just knew the match was over as a meaningful contest.

Brandon O'Neill nonchalantly slotted the ball home from the resultant free kick and Brosque himself added a fourth.

The Wanderers have built their successes at home and abroad on a strong defence and the spectacular capitulation of his rearguard will give coach Tony Popovic nightmares.

This should take nothing away from Sydney's magnificent performance that was reminiscent of their 2-1 victory over Guangzhou Evergrande in the group stages of the AFC Champions League last March.

By the time the two teams meet again at Allianz Stadium on January 14 it will be three years and three days since Sydney lost a derby when they fell 1-0 to a late goal from Brendan Santalab.

So on the evidence of the derby dazzler it's looking good for Sydney.

But their fans must be hoping - make that praying - this time it's the real deal not yet another false dawn.