We'll need to play 'games of our lives', says Ryan

A pumped-up Mat Ryan says the Socceroos will have to play "three matches of their lives" to reach the knockout stage of next year's FIFA World Cup in Russia, after being drawn against France, Denmark and Peru. 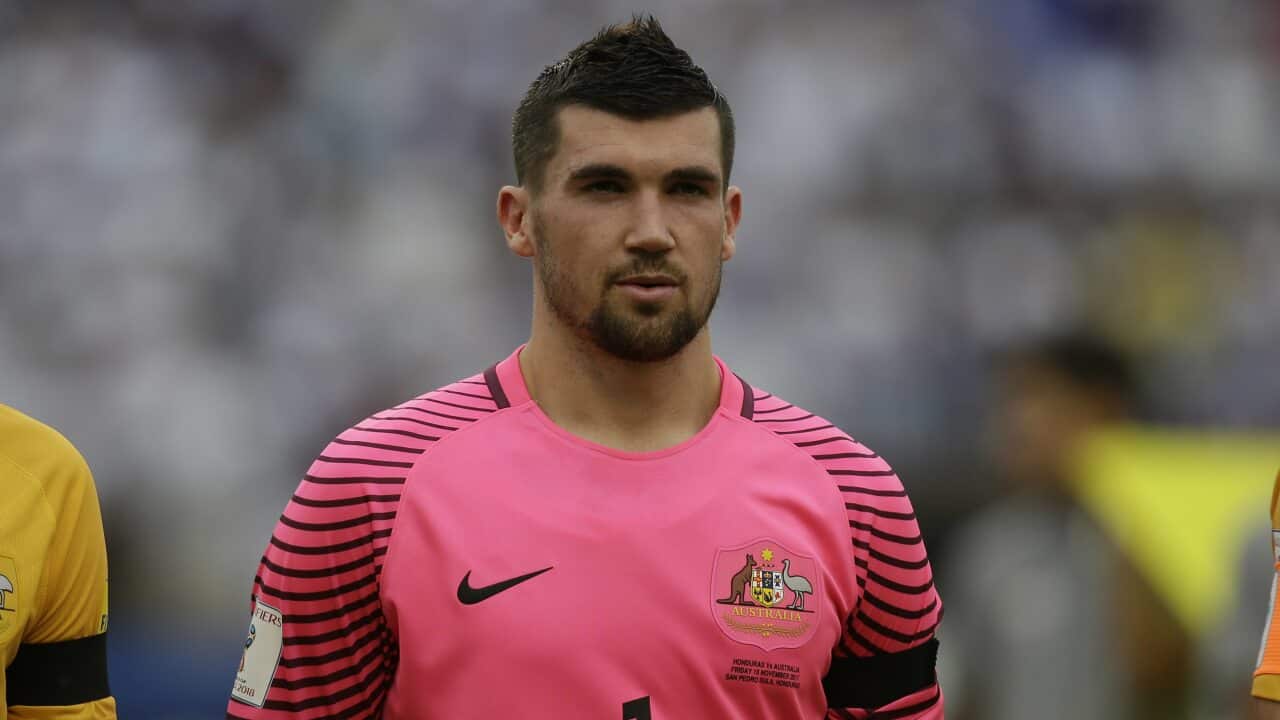 Australia's first choice goalkeeper felt a rush of expectation, rather than trepidation when the currently coachless Socceroos came out of the hat in Group C alongside superstar-laden Les Bleus, a reborn Peru and the Danes - with the latter two nations qualifying through the play-offs, just like Australia.

Ryan, who started all three games for Australia at June's Confederations Cup in Russia, believes Australia are returning their with a very real opportunity to reach the last 16 - so long as they put into practice the lessons learned after falling short at the group stage in Brazil 2014.

The 25-year-old views the opening game against highly fancied France in their Black Sea base of Kazan on June 15 as an opportunity to make a bold statement.

Advertisement
"We're up against one of the favourites for the tournament, so if we want to really be competitive next year we’ll get a good measure for where we are at with the first match," said the Brighton & Hove Albion number one.

"It's an interesting group because, just as we did, Denmark (beating Ireland) and Peru (overcoming New Zealand) qualified as knockout teams in playoff games.

"The fact none of us qualified from our groups directly means we all share the same appreciation of the extra effort required in getting there. That's a big thing.

"There’s no easy games in football and we know at this World Cup we will need to play the match of our lives in those first three matches if we want to go further in the tournament.

"We're thrilled to be there but we want to do more than just compete ... we're aiming to move forward, just like the other teams in our group. I think it might be pretty tight."

Ryan, who has since picked up an Asian Cup winners medal, was a nervous debutant in Brazil where an experimental Socceroos led by Ange Postecoglou showed flashes of inspiration but finished last in a group including Netherlands, Spain and Chile.

He's older and wiser, as are the squad, who are now battle-hardened and determined to show the world that despite making such hard work of qualifying they will not be a mere peripheral presences at the Big Show.

"We've learned a lot on this journey, been through a lot and there's a lot of belief in this squad and I'm sure we can maybe surprise some people in Russia," added Ryan.

"Probably against France, not many people will expect us to do well and it's a good game to be playing first up because, no matter what the result, we can use it to build confidence going into the Denmark (June 21, Samara) and Peru (June 26, Sochi) matches.

Ryan watched on as his deputy Mitch Langerak had a torrid night the last Australia met France back in 2013.

Australia crashed 6-0 in Paris, a result which ended in the guillotine for Postecoglou's predecessor Holger Osieck.

For all their pedigree, France blew hot and cold in qualifying, winning their group despite losing to Sweden and drawing against Belarus and Luxembourg.

Coach Didier Deschamps is blessed with an explosive frontline in Antoine Griezmann, Kylian Mbappé and Ousmane Dembélé (if fit).

The midfield is constructed around Paul Pogba and N’Golo Kanté, and Ryan could be in for a busy tournament opener.

But, as one of the form keeper's of the Premier League, if not Europe, he's unabashed.

"These are the types of teams and players you relish coming up against," he added.

"I think they'll bring out the best in us."

While Postecoglou won't be there, having quit the Socceroos last month, Ryan reckons his legacy with live on through his players.

"Over his four years he gave us the belief that we could take on and match any nation by playing the right way," he added.

"I'm sure we'll continue to do that in Russia - no matter who is in charge when he get there."