Wellington Phoenix’s decision to recruit Dario Vidosic may have seemed too much of a good thing, especially when they already boasted one of the A-League’s best number 10’s in Brazilian Gui Finkler. 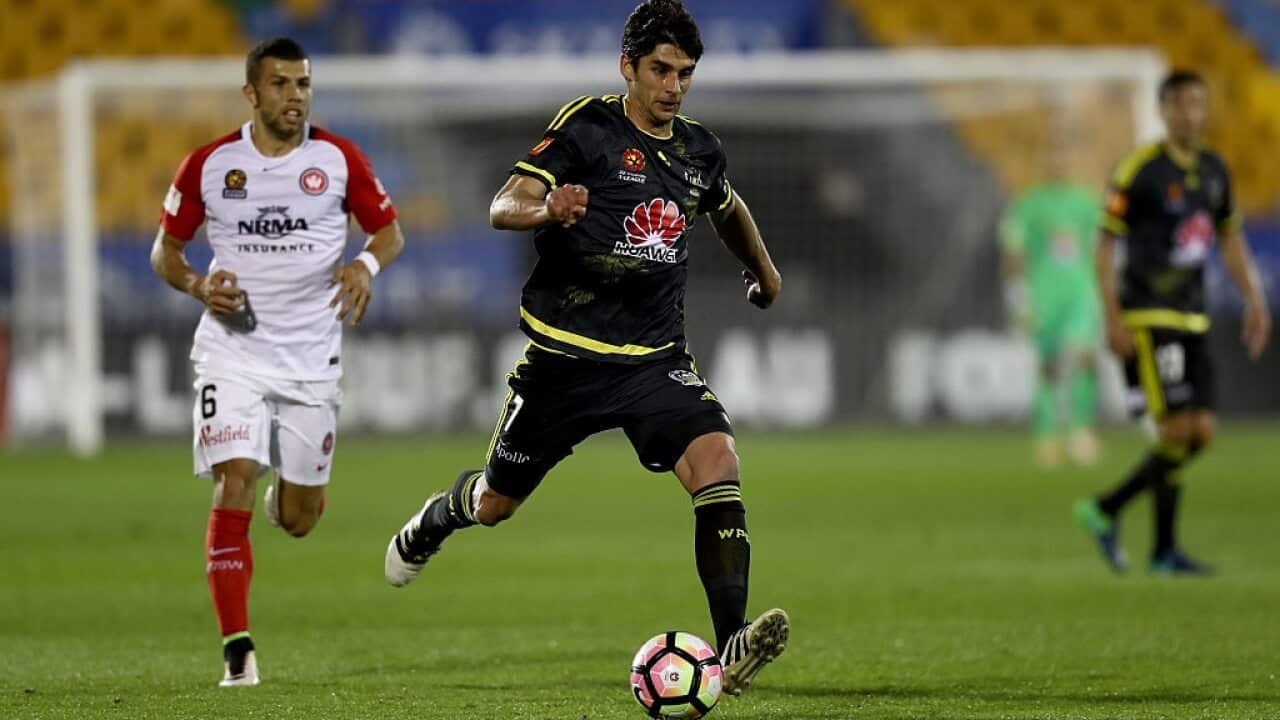 Finkler, 32, made a seamless transition from Melbourne Victory to Wellington last season, scoring six goals in 24 games, but exactly how the Phoenix will find space for both Vidosic and Finkler, with Michael McGlinchey (missing this week through international duty) also operating nearby, has been a lingering question.

But in the lead up to their opening home game against Adelaide United on Sunday, Finkler says there's no problem with himself and Vidosic vying for the same role, saying they've worked out how they can not only co-exist but thrive.

“It will be our secret how we will fit in. Everyone else can guess what we are going to do,” he said. “But I can tell you it works and it's going to have a big impact on the team. We already have a great understanding and we're very excited to play together.

Advertisement
“It’s actually very easy to get along with top players because they understand the game so well. They're smart. They know when to run, when to hold the ball and I'm going to really appreciate being able to play with Dario. He knows where he has to be at all times.”

Vidosic isn’t the only new face to arrive at Westpac Stadium, with the front third also boosted by the signing of Andrija Kaluderović, who bagged five goals in ten games during his brief spell at Brisbane, further proving himself as a goal machine in Serbia, Lithuania and Qatar.

“Andrija is someone who made an impact at Brisbane and his record shows that his game is all about goals, which is great for us. Up front, he will be very dangerous," Finkler said. “Goran will be our number six this year but he also has a huge amount of technical quality, so even though he will sit in front of the back four, we expect him to be the guy who can transition the ball out of defence up to us.

“Ali is a player with a lot of experience and he’s got versatility, too. Daniel and Scott add something more to our defence and we just seem to be a lot more balanced this year.”

However, Finkler is all too aware that a good pre-season and a host of new signings is no guarantee for success. Wellington enjoyed an extraordinary run of 10 wins from 10 games in the lead up to last year’s season, only to fall flat on their face in the season proper.

“Not making the top six last season was a big failure for us. Before the season began, we thought we could make it. We were beating teams from everywhere, and we were very confident about how we would go,” he said. “But we had a really bad start to the A-League and we couldn't get going to that same level.

“Last year showed that we have to improve in every position. We have to get tighter at the back, stronger through the middle and sharper in attack. It wasn't just one thing. We never got it quite right.”

The man charged with getting it right is Bosnian-Swiss manager Darije Kalezić, an experienced coach who has spent most of his career – on either side of the touchline – in the Netherlands.

“Dario’s emphasis has been all about structure. It's about knowing exactly what every player has to do over 90 minutes, what he has to give the team in every match situation,” Finkler said. “He keeps pushing this point and in our match analysis, it's all about picking out each moment and learning - what we've done wrong, what we've done right.

“I think we will press in a much more intelligent way. If you pick the right moment to press as a team, you can really put them under a lot of pressure, when the ball quickly and catch them out of position. If we get it right, hopefully we can deliver some great results this season.”