Estimated by Forbes to be the second-most valuable club at the world, worth $2.6 billion, Arsenal are remarkably good at keeping a polished, cosmopolitan brand alive and thriving. How long can that last? 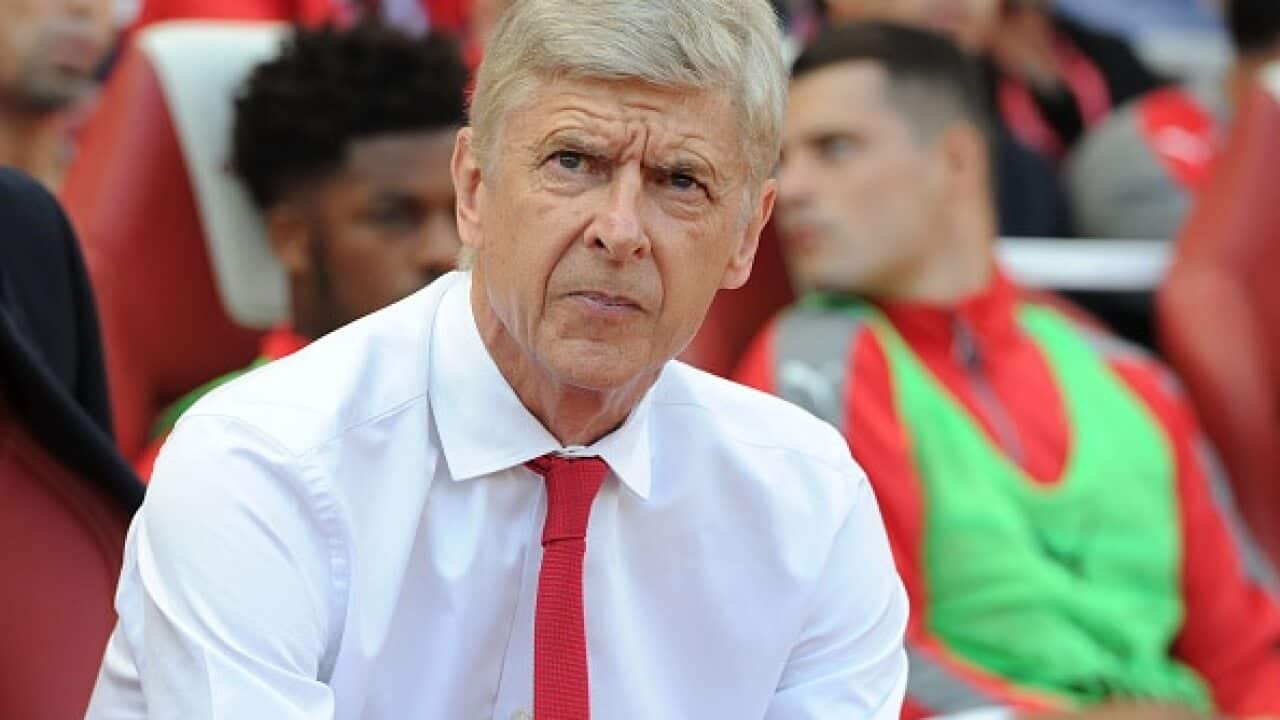 The opening day of the 2011-12 English Premier League season will live long in my memory.

Advertisement
I had a ticket for the opening day fixture between Tottenham and Everton - the only game in the country called off due to the London riots. I ended up switching to Craven Cottage for Fulham and Aston Villa which, rather ingloriously, finished 0-0.

But I was staying in North London at the time - literally between the old Highbury and new Emirates - and have a distinct memory of mood bubbling away about the local team as I arrived in a local bar to watch the Gunners’ evening clash with Newcastle at St James’ Park.

The day gave rise to a chat - directed at Arsene Wenger - that hasn’t really stopped since: “Spend some [expletive] money”. It too finished scoreless.

Precisely five years have passed since, just about everyone has spent money with abandon. But only the jaws of life seem capable of prising open the Arsenal kitty.

I have previously endorsed Wenger’s strategy of not paying over-the-odds for players, but the nature of the English game has changed in ways none of us could have envisioned. Clubs don't spend - they invest. That's how Manchester United view the acquisition of Paul Pogba.

Estimated by Forbes to be the second-most valuable club at the world, worth A$2.6 billion, Arsenal are remarkably good at keeping a polished, cosmopolitan brand alive and thriving. How long can that last?

Since the invincibles went unbeaten in 2003-04, they’ve hardly been in with a shot at winning the league since. Two FA Cup titles have kept a lid on the anger that has been steadily boiling.

In all truth, it was theirs to lose last season. And when they defeated Leicester City at the Emirates, it really should have been game over. But the whiff of success was all too much for a group of players who froze in the headlights. Successive losses to Manchester United and Swansea robbed them of all momentum.

In the end, they snuck back above Tottenham into second, sealing a direct berth in the Champions League, but still 10 points adrift of the all-conquering Foxes.

That was Arsenal’s moment to strike - and they squibbed it. The seemingly impossible happenings of Chelsea, Manchester United, Manchester City all having bad years left them in a Steven Bradbury-like position. Somehow, they too fell over.

All three clubs have regrouped, to such an extent that all three have nabbed the three best managers in the word - Pep Guardiola at City, Jose Mourinho at United and Antonio Conte at Chelsea.

Look at the players who have gone to each and it’s clear to see why all three are expected to get back onto the podium this season.

But Arsenal? Let’s be honest - the failure to invest means they’ll probably find it tough to keep pace. And the race for fourth is probably the one they’ll wind up in.

After long defending Wenger, I can see why their supporters are now finding it tough to bear.

One match doesn’t make a season but to see them concede four times to Liverpool in 17 minutes - despite losing 4-3 - is enough to bring the critics out.

The only real money spent in the off-season was on Granit Xhaka, the Swiss midfielder who cost £30 million and made six unsuccessful tackles after coming off the bench. At least he was willing, you could say.

Apart from him, Takuma Asano cost £800,000 from Sanfrecce but cannot be expected to make an impact in his first season. Bolton gave up Rob Holding for £2 million, a centre-half of talent but little experience - less than 30 senior matches.

In the absence of Laurent Koscielny and Per Mertesacker, Holding had to start alongside Calum Chambers against Liverpool. He fought on - even earning praise from Wenger as "one of the positives" - but it was a rough initiation.

Let us be clear: money alone cannot win titles. Leicester proved that last year. But Arsenal have been drawn into a dangerous mix, trying to game a system that nearly always rewards financial muscle.

Apart from hardly spending, when Arsenal actually do buy, they tend to buy players who are majestic on the ball but may not have the mental toughness to win a Premier League or Champions League.

It was that ruthless winning edge that made Arsenal so great in the late 1990s and early 2000s, so Wenger should know plenty about it. It's odd that he doesn't apply it so keenly any more.

Maybe Petr Čech and Alexis Sánchez are exceptions, and possibly Hector Bellerin and Aaron Ramsey, but there isn’t much beyond that. If they don’t get going in the coming weeks, expect the chant to start again.