During the late 1990s, Arsene Wenger’s thoughts, processes and strategies put Arsenal about 10 years ahead of their rivals. 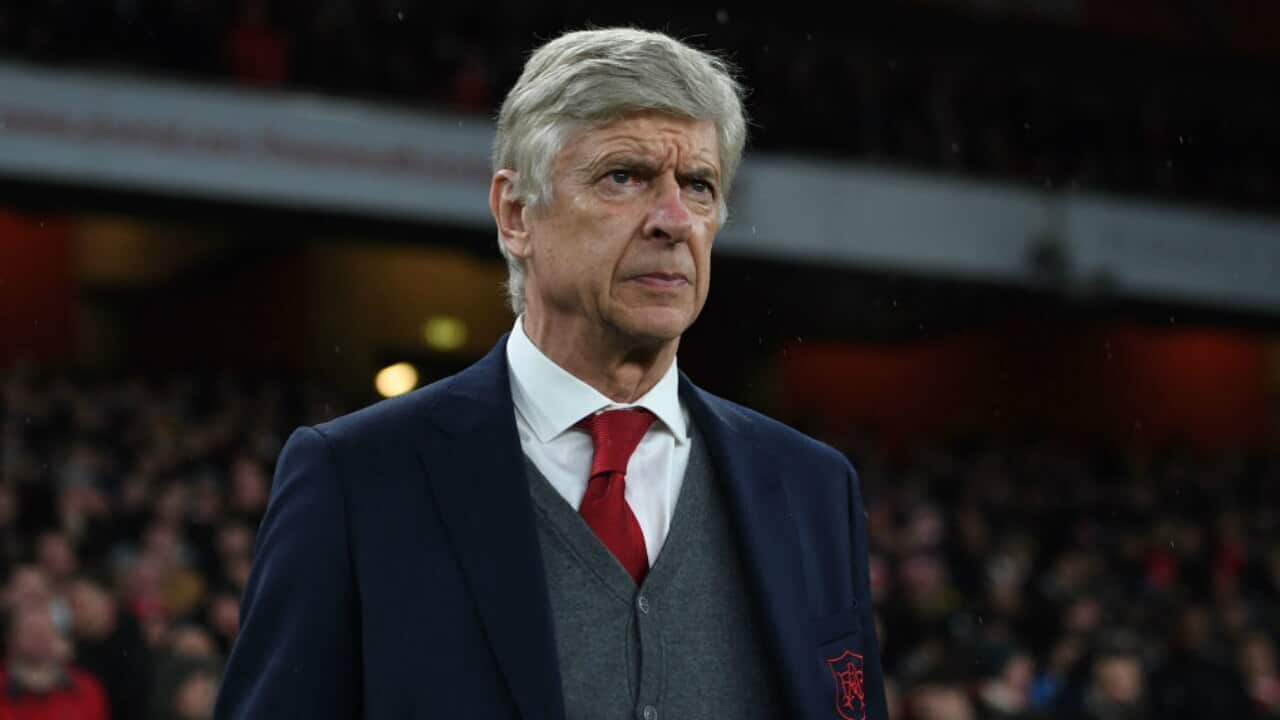 Arsene Wenger has been Arsenal manager since 1996 Source: Getty Images

Incredibly, they caught Manchester United at a time when they were the most dominant club in world football.

It was an extraordinary feat – and achieved primarily because Wenger was able to look so far into the future and bring it into the now. It was his peak evolutionary moment. Enthralled, the English press dubbed him “The Professor”.

Advertisement
But unlike Sir Alex Ferguson, who kept evolving right to the end, I haven't seen any visible evolution in Arsene Wenger in well over a decade. It is not unreasonable to say that over this time span, the club has come to a complete halt.

From 10 years ahead, they now seem about 10 years behind. It is not so much the money saved or spent, but the mentality.

Once upon a time, such an observation would have made Arsenal fans mad with rage. Now they are asking the press to go harder on Wenger and Arsenal than they ever have before. Blood isn't being called for, but demanded.

I’ll admit I have defended Wenger for probably longer than was necessary. I actually liked his model and still do: investing in youth and looking for bargains is an excellent way to run most football clubs.

I can remember making the case to a few Arsenal fans about three or four years ago, that it could lead to sustainability which would make them eternally competitive.

But I made an error in judgement – Arsenal are not most football clubs. They have a worldwide following and coming fifth or sixth will not cut it with them.

Arsenal don’t have time to nurture a large batch of “maybe” talents – they need absolute world-beaters. Their squad seems flooded with potential-laden players who they’re holding out for.

Yet how many would actually make it into City, United, Spurs or even Liverpool’s best XI? Honestly, not many. Not many at all. Maybe a few “on their day” would be good enough. But that “day” never gets any closer. Maybe they over-estimate their development capacity.

Nobody is a bigger fan of highly-talented technical players than me but it seems to have bred an incredibly brittle group of players, psychologically speaking.

When they’re up, they can destroy teams – Everton were savaged 5-0 two weeks ago. Yet back-to-back 3-0 defeats to City in London demonstrated a collective futility.

They won’t be the first nor last team to be torn apart by Pep Guardiola’s men but it’s been the manner of the defeats which demonstrates the chasm that has opened up between the Premier League’s elite and Arsenal.

The Gunners now exist in a kind of mediocre micro-climate; not good enough to compete for the title, and having clearly slipped to the bottom of the top six, their ambitions have changed.

Making it to the UEFA Champions League – which they did every year for two decades until last season – would now constitute a successful season in the eyes of Wenger and owner Stan Kroenke.

They were once the premier brand in the biggest city in the world’s most influential football market. You could argue they’re now at risk of slipping into third place.

But that is nowhere near good enough for the Arsenal fans. They’re still of a winning mindset. How the anguish of letting the championship slide away in 2015-16 must hurt – the freak year when Chelsea, Manchester United and Liverpool crashed and Tottenham choked.

Now it feels like they’re another decade away from another title. But anger about Wenger’s management will soon manifest into genuine concern.

The longer they persist with his leadership, the further they slip away and the harder it will be to get back.

Elite players will think twice about coming. New fans will be harder to win over. Old fans will become more detached. Sponsors will get nervous. It’s an unnerving cycle.

Yet with managers like Thomas Tuchel and Carlo Ancelotti on the open market, now is the time to pounce. But whether Arsenal’s owners can find the same daring outlook their predecessors showed in 1996 – when they appointed a mystery Frenchman – remains to be seen.