Australian Aaron Mooy could double his wages with a move from Huddersfield Town to fellow Premier League side West Ham according to a report out of London. 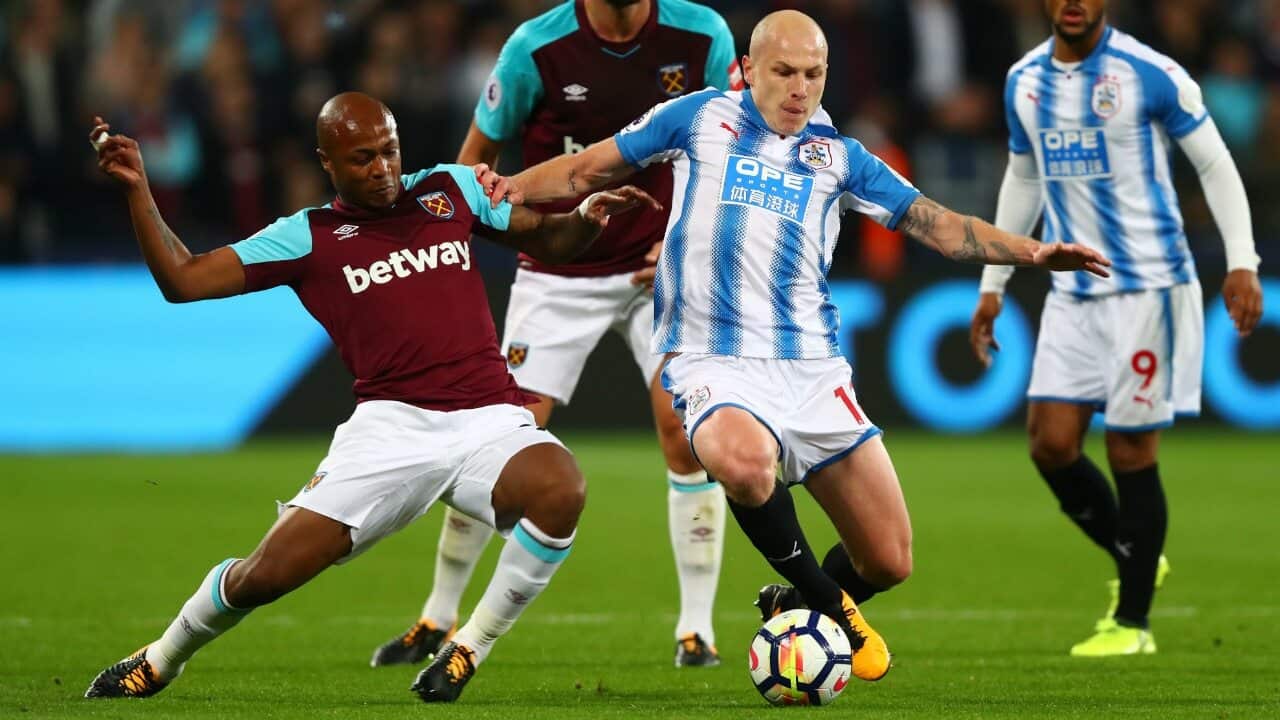 Mooy, 27, has impressed in his first season in the Premier League as Huddersfield confounded expectations and avoided relegation despite a relatively tiny budget.

But now both the Aussie midfielder and his coach at Huddersfield, David Wagner, are in demand by fellow Premier League clubs.

The Times is reporting that West Ham are interested in the former Melbourne City midfielder and would be willing to double his £32,000 ($57,470) a week wages.

"The midfielder is Huddersfield’s best-paid player on £32,000 a week, but West Ham would comfortably be able to double those wages," writes Matt Hughes.

However, Hughes also reports that Mooy is likely to be offered an enhanced deal to stay with the club he originally joined on loan in 2016 before signing a three-year contract in 2017 after Huddersfield secured promotion to the Premier League.