West Ham have potential to go from giant killers to giants

Rafael Benitez proclaimed Newcastle United were a sleeping giant of English football and while he may be right, there is another growing giant in the Premier League - not top-of-the-table Leicester City but rather UEFA Champions League chasing West Ham United. 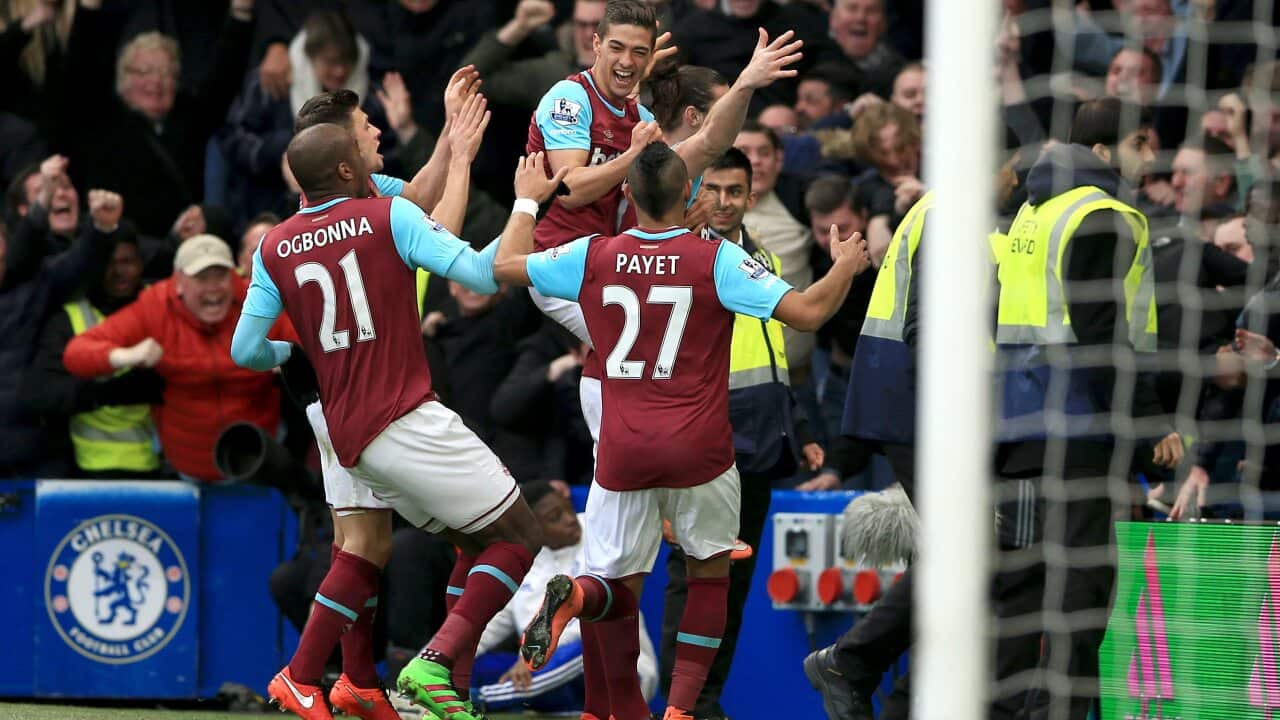 To coincide with their move to the Olympic Stadium, West Ham
allowed fans to have a say in the redesign
of the club crest.

It was a clever move in many respects, for instance allowing fans to be involved in such a decision gives them a greater sense of connection.

Yet there was also an international consideration to the change, evidenced by the reference to ‘London’ in the new design.

Advertisement
While that wasn’t met by great celebration from local supporters, it is more of a signal to the international audience that West Ham should be identified as being part of the English capital.

This global football audience is a vital market if the Hammers are to compete with the Premier League’s elite – and, yes, the move to the Olympic Stadium makes a club that have never won a league title, genuine contenders.

West Ham are 20th in the
Deloitte football money league
, with matchday income at about $38 million.

In comparison Arsenal generates about $190 million from their matchday revenue.

While there has been some noteworthy
criticisms of the move to the Olympic Stadium
, not least of which is the cost to taxpayers, moving to a new stadium with an extra 19,000 capacity gives the Hammers the opportunity to greatly increase their annual revenue - even if they dutifully take fans into account when setting ticket prices.

That will put West Ham in a great position to bring in more players like current star Dimitri Payet, as well as maintain top level staff and the start-of-the-art facilities required to compete at the top end.

There is another aspect that gives West Ham the potential to be a football force off the field – their identity.

As one expert told the BBC, through location and history, the club can position themselves as the ‘multicultural’ side of the Premier League.

Taking that a step further and in keeping with the local community, they could also become the EPL’s ‘hipster’ club.

The Hammers already have a connection with the punk community, with the adopted club song covered by punk band The Cockney Rejects in 1980.

While West Ham have received substantial funding from their owners, two of whom made their fortune in the adult industry, they have not been tarnished with the label of moneybags like Chelsea or Manchester City.

Lack of trophies and glorious failures, like the 2006 FA Cup final, will be even more of an attraction to the ‘hipster’ market.

All this brings to mind St Pauli, who have few notable titles and play in the German 2. Bundesliga, yet have a worldwide following because of their alternative, leftist, anti-establishment identity.

So strong is it that even in the second tier of German football, their 29,546 capacity stadium is on average 99 per cent full - attracting fans from all over the world.

West Ham have the potential to tap into a similar market, but being in the Premier League will put this on a much grander scale.

It means that this already impressive season, may just be the beginning for the Hammers.