Western United will remain in Brisbane for an extra 24 hours in the wake of two new cases of community transmission in Sydney but still expects their Saturday evening meeting with Western Sydney Wanderers to go ahead. 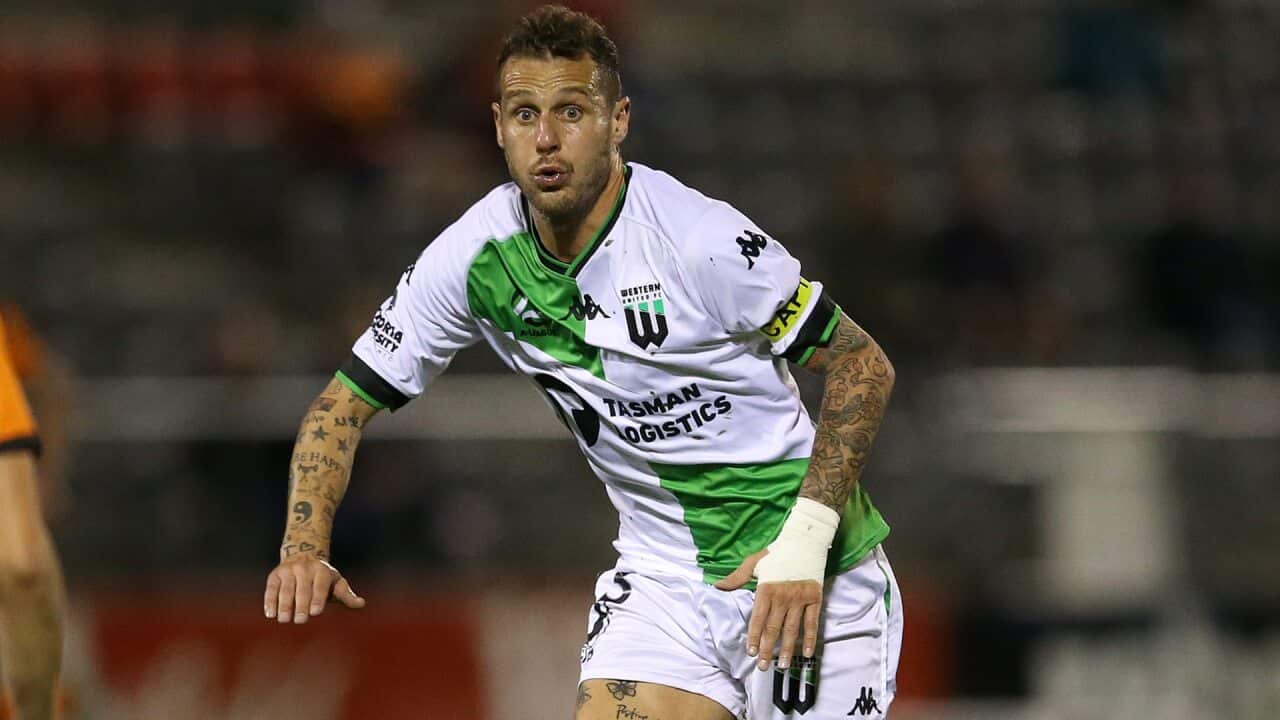 In the wake of the reappearance of coronavirus cases in Sydney, New South Wales (NSW) state premier Gladys Berejiklian introduced a number of new restrictions in Greater Sydney to clamp down on any potential further spread of the virus, including the limiting of household guests to 20 and the mandating of mask-wearing on public transport and in indoor venues.

Ms Berejiklian, however, declared that there was no need to cancel sporting events at this stage.

"We're saying go about your normal business,” said the NSW Premier. “Enjoy Mother's Day. Enjoy what you do normally...it's business as usual...We're saying to businesses to keep doors open"

Advertisement
Nonetheless, as a precautionary measure, United will delay their flight into Sydney for 24 hours - opting to remain in Queensland for an extended period following their 2-1 loss to Brisbane Roar on Wednesday evening.

“As far as I’m concerned the game’s going ahead,” Rudan said.

“We are staying in Brisbane. We’ve cancelled our flight that was scheduled at about 1.30 from Brisbane to Sydney and we’re going to stay here for 24 hours - just to get some more information about what’s going on in Sydney. We’ll have a better picture in 24 hours, I daresay.

“As far as we’re concerned we’re in a safe state right now.

“We’ve spoken to the players, we’d rather stay here and have one flight straight to Sydney if we have to play rather than going back to Melbourne and back up to Sydney again.

“We’ll do the right thing by the league and stay up here in order to see if we can play this game.”

Following their meeting with Western Sydney, United was set to fly direct to West Australia to face Perth Glory and complete the last of a four-game run of road games that has already featured a draw with Adelaide United and last night’s defeat to Brisbane Roar.

Glory hosted Melbourne City in a behind-closed-doors fixture at HBF Park on Wednesday evening, and are set to host Melbourne Victory at the venue on Sunday afternoon.

Queried on if that game would proceed as planned, the United gaffer said that at this stage he still expected his side’s trip across the Nullarbor to proceed as scheduled.

“My understanding that there’s nothing there, nothing’s changed,” said Rudan.

“They played a game behind closed doors but I’m hearing they’re playing with fans on Sunday against Victory. So as far as we’re concerned we haven’t heard anything different and we’re preparing to go to Perth after the West Sydney game.”

Though not forced to scramble in the same manner as the 2019-20 season - where the league was suspended for a number of months and concluded in a Sydney-based hub - the current A-League campaign has been beset by forced adaptions to a COVID-19 world.

An outbreak on Sydney’s Northern Beaches forced a rapid reshuffling of the opening round of the season - a planned premiere of Western Sydney vs expansion side Macarthur FC at Bankwest Stadium replaced by United vs Adelaide at Kardinia Park - while an inability to train in quarantine following their Asian Champions League commitments meant that Glory didn’t play their first game until three weeks into the new season.

Forced to confront such an uncertain landscape, Rudan said that he and his side had begun to approach the situation with a degree of fatalism - expecting the worst to happen surrounding COVID and preparing to respond accordingly.

“It’s been tough,” he said. “Last year was tough on everyone, particularly those that had to travel interstate and be in a hub.

“We’ve had two games postponed because [of COVID]. It just changes all the time. We’re prepared for that, we understand that.

“The season’s almost there, you can see the finish line. We just have to stay in a positive mindset and we know that it’s a very fluid situation.

“It doesn’t shock us anymore. When we heard what happened in Sydney, it’s not a shock anymore, it’s one you’re almost expecting these days.

“For us, the mentality is ‘ok, how do we go about getting the game out of the way and playing that game’ because we know we’re under a tight schedule with the Fox commitments and so forth.”

Indeed, the COVID situation represents yet another challenge for Rudan and his staff in planning for their run into the A-League’s finals; the side’s schedule meaning they will have flown from Melbourne to Brisbane to Sydney to Perth and then back to Melbourne to complete their last three road games before Sydney FC’s visit on May 15.

“No other team has had to do what we’re doing,” Rudan declared.

“I know other teams have had to play three games in a week - but nobody has had the gruelling travel schedule that we have.”

A-League administrators the Australian Professional Leagues were contacted for comment.