What Liverpool must change to challenge next year

Very good – but also not quite good enough. That’s how most Liverpool fans will look back on the season that has been, particularly because the Reds were genuine title contenders at the mid-point of the season. 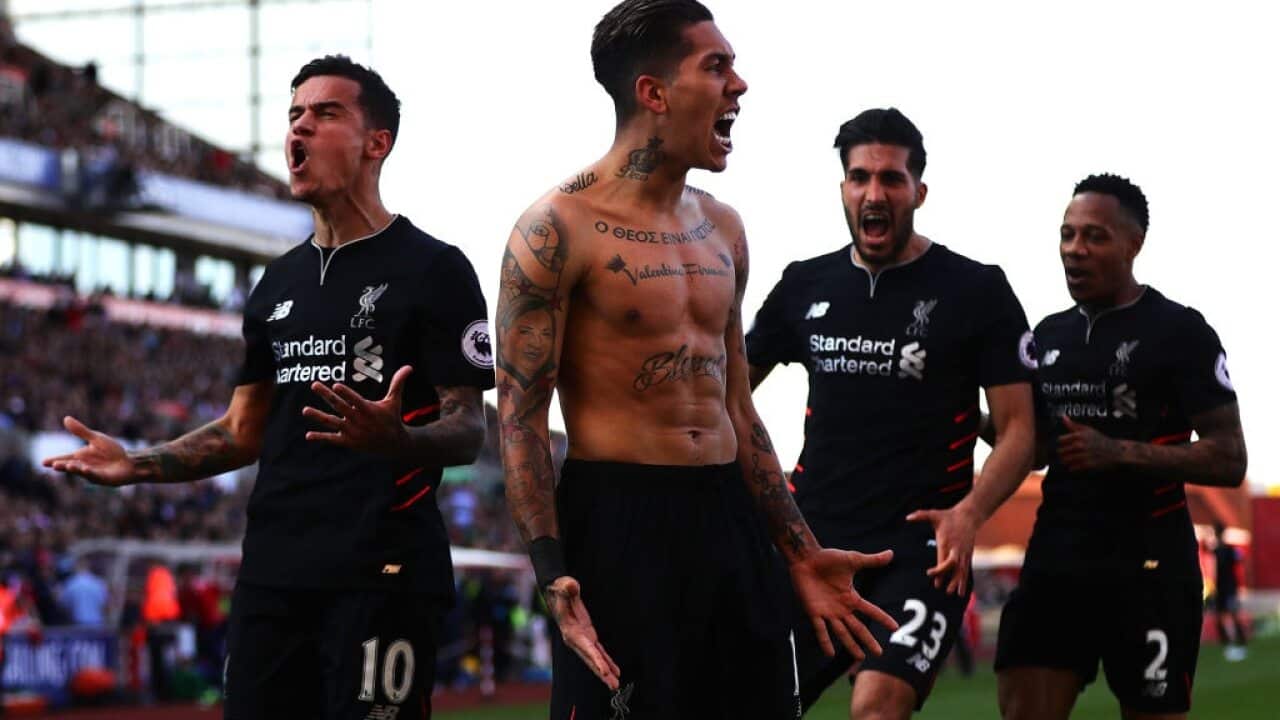 Indeed, had you offered Champions League football to any Liverpudlian at the start of the year, they’d have bitten your arm off.

Never has the Premier League boasted so much depth at the top end of the table and of the six biggest clubs, most would rank their squad as the sixth best. So it has to be chalked up as a good campaign.

On Sunday night, Liverpool will host relegated Middlesbrough (LIVE on SBS, from 23:30) and – barring an unthinkable catastrophe – claim the three points that will secure their place in Europe’s premier competition.

Advertisement
It will be the first time since the 2013-14 season that Liverpool have finished in the top four, marking an overdue return to the big stage. With the new stand fully completed, one of the world’s best coaches at the helm and some seriously good young talent in the ranks, it’s a good time to be Red.

But if there is a club whose supporters are always straining at the leash for more, it is Liverpool.

There’s an innate frustration that fourth is considered by outsiders as over-performing; it’s challenging for titles that is the marker of success. Especially when your trophy cabinet groans with decades of silverware.

So what do they need to close the gap on the top three? Plenty. Let’s take a look at the four key areas where coach Jürgen Klopp may need to ring the changes.

James Milner is a fantastic club man, doing whatever job is asked of him. But a title-winning left-back he will never be and the experiment simply has to be halted next season.

Milner can offer so much more in so many other positions and his workload will go up in any case over the next 12 months. Alberto Moreno would seemingly be destined for a move back to Spain – Klopp doesn’t rate him.

17-year old Ryan Sessegnon is being lined up for a £15 million ($26 million) move to Anfield and it’s not hard to see why. The Fulham sensation might solve the left-back problem for the next 15 years.

But Andrew Robertson from Hull City has also been mentioned and may offer a faster solution. He’s been truly outstanding in a relegated team and would be well worth a move to a big club, with a reasonable price-tag to boot.

Sadio Mane has been quite unbelievable for Liverpool this season but he can’t be cloned to play on the opposite flank – if he could, Liverpool would quite probably win the league. He’s been unstoppable.

Inaki Williams (Athletic Bilbao) and Mohamed Salah (Roma) have both been linked with a move and either would be a tremendous boost.

Williams has been heralded as one of Spain’s best young talents while Salah was never given a fair showing at Chelsea and has been huge success in Serie A at both Fiorentina and Roma, scoring every two-and-a-half games.

It would be expensive to lure either player from the continent but it would be a salivating prospect, especially considering how dynamic Liverpool’s front third looked early in the season when Mane, Roberto Firmino, Philippe Coutinho and Divock Origi were all fit.

For better or worse, Daniel Sturridge’s days look numbered and the club will probably look to cash in while they can.

Lucas Leiva is out of contract at Anfield and is widely speculated to be on the move. Steven Gerrard recently declared that the Brazilian should stay and having been with the club for over a decade, he’s almost part of the furniture. But his loss would not be catastrophic – he’s not a genuinely elite player.

The currently-injured Jordan Henderson is a vastly better option, but is it really worth curbing his attacking instincts?

Likewise, Emre Can has his moments (like the goal against Watford) but is he the player Liverpool really need? Would you trust him in a big game? There seems more questions than answers in the post-Mascherano era.

At the top end of the Premiership, a brilliant defensive midfielder is not so much as luxury as a necessity.

Arguably the most important figure in the past 15 years has been this player. Think Patrick Viera, then Claude Makelele, Michael Carrick, Yaya Toure and now N’Golo Kante – each has played a pivotal role in title after title.

Naby Keïta from RB Leipzig would be a dream signing but given the Germans’ wealth, the fee would be astronomical. Given he’s only 22, it might be worth it.

Depending on who you talk to, Simon Mignolet is either an elite glovesman or a flapper whose distribution is poor. The truth is probably somewhere in between. Unfortunately, it seems Mignolet’s mistakes tend to fall into the “calamity” category.

He’s successfully seen off Loris Karius between the posts after a brief mid-season challenge and seems to have the trust of Jurgen Klopp, repaying him with some excellent saves in the second half of the season.

But there’s a nagging feeling that, for example, Mignolet’s countryman Thibaut Courtois is on a whole other level.

Ultimately, Mignolet probably isn’t in the top six keepers in the league – maybe even the top ten – and that’s not good enough when you need consistency.

Atletico Madrid’s Jan Oblak would be a fantastic get but possibly out of Liverpool’s price range. Butland might prove a more realistic choice, although rumours abound that he’s being lined up as the replacement for De Gea at Manchester United. It might be wise to nip in first, although I suspect Klopp will stay true to his current option.