Who has the edge this La Liga season?

La Liga is simultaneously wonderful and frustrating, with overflowing on-field talent contrasting with incompetent off-field administrators. Here’s a look at who has the edge going into the 2016-2017 season. 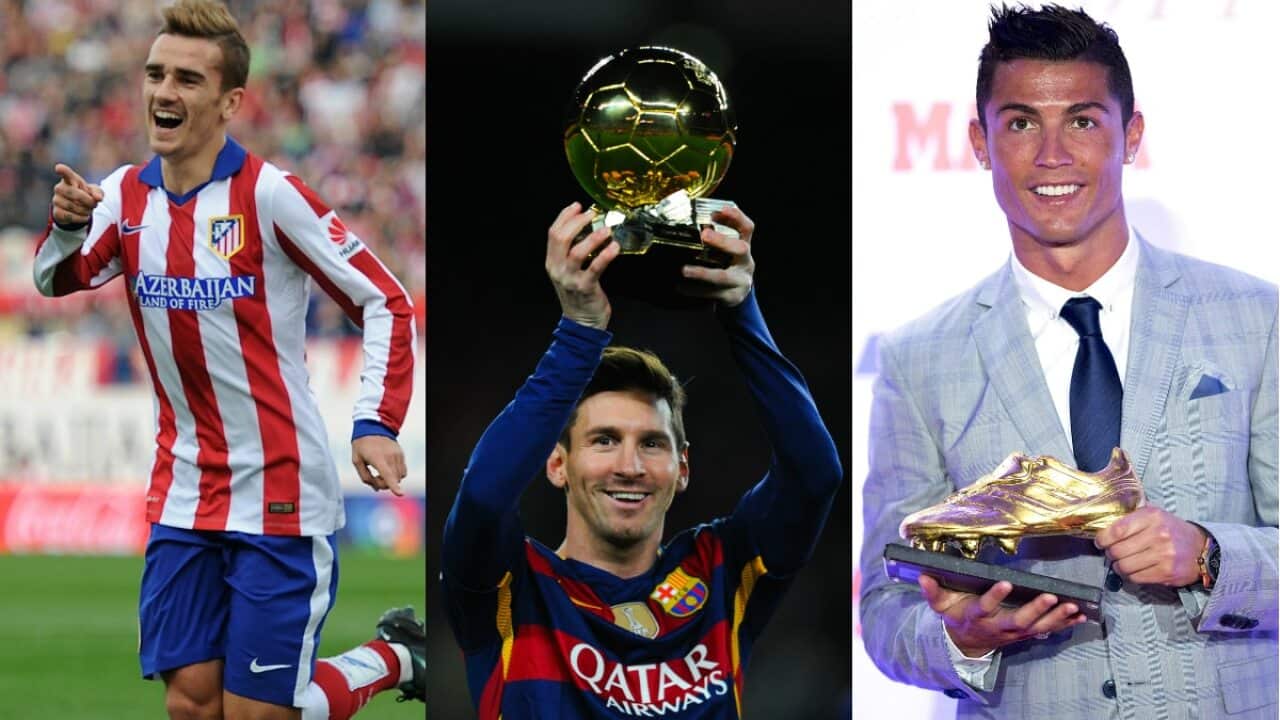 The level of quality in Spain is undeniable. For the last three seasons Spanish clubs have won both the Champions League and Europa League. Last season they won 15 out of 16 knockout ties against non-Spanish opposition.

Advertisement
Meanwhile in those three years neither of those sides has won La Liga, that’s been Barcelona twice and Atletico Madrid once.

All these clubs as well as a few others, Villarreal and Athletic Bilbao, have teams capable of winning silverware this season but only one can be crowned Kings of Spain/Catalunya/the Basque country.

Let’s take a look at who has the edge heading into the new season, and who better than the European Champions?

Real Madrid, despite all the money they have spent, has only won the league once in eight seasons.

They have won the Champions League twice in that time, so it has hardly been a bad period but Madrid demands total success.

Zinedine Zidane might have won the European Cup in his first half-season as a coach of a senior side – a remarkable achievement – but as Carlo Ancelotti found out, should he fail to win the league this year he could be on his way out.

Madrid seems to be implementing a new, more restrained, strategy.

For years it was them who paid over the odds for the world’s best players, inflating the market in the process.

But as players like Gonzalo Higuain (a former Madrid player) cost Juventus $132 Million and Paul Pogba cost Manchester United a world record $160M, Madrid has largely stayed out of the market.

Striker Alvaro Morata, was the only player brought back in for $45M from Juventus. Which, was relatively cheap based on a buy-back clause from when he left Madrid in 2014.

It’s so far unexplained as to why President Florentino Perez, who famously championed the Galacticos policy that saw the club break the world record five times in 13 years (Luis Figo, Zidane, Kaka, Cristiano Ronaldo and Gareth Bale) has decided this year, is the one to hold back. In fact they’ve turned a $6.7M profit in transfers this off-season.

Maybe he feels a side that has won two Champions League in three years doesn’t need any more investment. This is probably the most likely, as Real Madrid’s squad is still ridiculously strong.

Bale, 27, and Karim Benzema, 28, are at their peak-footballing ages. Cristiano Ronaldo meanwhile, might be slightly less explosive than he once was but has become even more effective as he has evolved into a ruthless pure goal scorer. It’s hard to see Morata cracking that front three, barring injuries.

Madrid have no real weak spot; Marcelo is arguably the best left-back in the world, despite the fact he doesn’t really play all that back.

Sergio Ramos and Pepe are as reliable as any centre-back pairing in the world, should one get injured the talented Raphael Varane is more than capable of stepping in.

Dani Carvajal, Keylor Navas and Casemiro are the only starters that wouldn’t be considered superstars and all three proved how valuable they were in their Champions League run last season.

Zidane’s biggest headache comes in midfield – but it’s not who to play but who to leave out.

Luka Modric and Toni Kroos are who the French coach favored last season, with Casemiro screening behind the duo. It gave them balance and control of matches, but it also meant Isco and James Rodriguez had to warm the bench.

That’s $156M worth of talent not being utilized. Both players grew frustrated at the lack of playing time, and now there are strong rumours that one of the two is on his way out before the August 31st deadline.

The selection dilemmas don’t end there, young guns like Marco Asensio, Mariano Diaz and even Zidane’s own son Enzo have impressed in pre-seasons.

And with all this talent you would assume they’d be favorites for the title. In every other league in the world they would be. But they’re not, because…

Despite winning the six of the last eight titles, the accusation at the end of last season was Barca lacked depth. And the club’s upper management agreed, spending $118M brining in four players aged 22 as they plan for the future.

It’s unlikely that Andre Gomes, Samuel Umtiti, Lucas Digne or Denis Suarez will break immediately into the starting XI. But coach Luis Enrique will use the youngsters in part to put pressure on those that do start who in the past didn’t have to worry too much about losing their spot.

One position that was already hotly contested was that of Goalkeeper – Marc-Andre ter Stegen and Claudio Bravo have shared the role with the former playing in cup competitions.

Now both want to be the exclusive number one, while Pep Guardiola’s City is circling making offers for both players as they look to upgrade on Joe Hart.

The transfer saga, along with the absence of Neymar who is at the Olympics with Brazil, didn’t seem to affect the defending champions as they smashed Sevilla 5-0 on aggregate in the Spanish Super Cup.

Lionel Messi and Luis Suarez combined to devastating effect as usual, while Andres Iniesta and Sergio Busquets produced their usual brilliance. None of this was new, Arda Turan’s form was though.

The Turkish international who failed to settle in his first half-season with the club, and then had a disastrous EURO 2016 with Turkey, looked like a man re-born.

They already had a formidable starting XI but now with added depth Barcelona goes into this season as slight favourites.

And while they hold a slight edge over Real Madrid, their biggest rival, the team most likely to beat them this season is…

They might not have the on-field quality that the other two have, but Diego Simeone is the best coach in Spain.

In the past I’ve written – with help from Michael Bridges – about what makes the Argentinian so special.

Real Madrid hasn’t beaten Atleti in La Liga since 2013, while Barcelona has been knocked out twice by Simeone’s men in three seasons. In 2015 they manage to avoid them and ended up lifting the trophy.

Their attack is led by Antoine Griezmann, who was the best player at EURO 2016, and is now strengthen by the additions of Kevin Gameiro from Sevilla and Nico Gaitan from Benfica.

Both will bring goals, which Atleti desperately need given they scored 63 goals in La Liga last season, compared to Real Madrid’s 110 and Barcelona’s 112.

Given those numbers it’s hard to believe that Atleti got as close as they did – just three points off Barcelona’s total of 91. It was all down to their defence.

Simeone has retained his incredibly disciplined back four as well as ‘keeper Jan Oblak and Atleti should been even harder to break down this season.

Combine that with the added goals that Gameiro and Gaitan bring Atleti have a real chance of upsetting the big two – like they did in 2014.

BEST OF THE REST

Let’s start with Mat Ryan’s Valencia. The good news for Ryan is that should Bravo leave for Man City, Barcelona is expected to sign goalkeeper Diego Alves which will likely mean Mat Ryan starts as Valencia’s number one.

Only an ageing Nani has come in to replace them and after just avoiding relegation last season by six points expect an even more difficult season for one of Spain’s biggest clubs.

Replacing Emery is the highly-rated Jorge Sampaoli, who won the 2015 Copa America with Chile. It’s hard to say how all this reorganization will affect Sevilla, however based on the last three seasons they will no doubt win the Europa League.

Villarreal have also had a change of coach, just a week ago. Despite finishing fourth last season, all was not well with the Yellow Submarine. The demanding Marcelino fell out with his players in pre-season and has been replaced by Fran Escriba.

And because this is Spain, not only has Sevilla and Villarreal had changes of coaches, so have Malaga, Espanyol, Deportivo, Granada and Alaves.

Welcome to another season of La Liga, with the best players and the worst administrators.