The annual Community Shield pits the Premier League champions against the FA Cup champions - so who will Chelsea face if they beat Arsenal and claim England's domestic double? 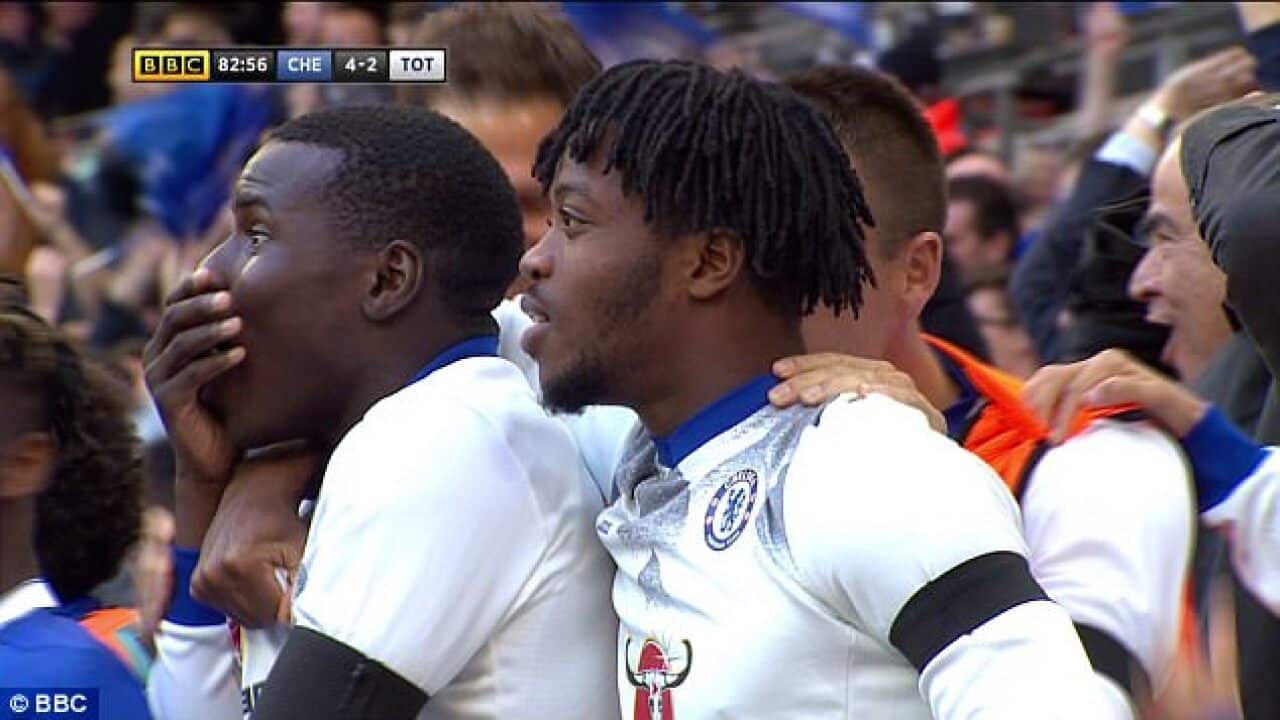 Antonio Conte's men meet Arsenal at Wembley Stadium in the FA Cup final on Sunday morning (AEST), LIVE and FREE on SBS from 1:30am, with the Gunners looking to atone for a disappointing Premier League campaign, after finishing in fifth.

Advertisement
But the Blues are hot favourities to add the FA Cup to their Premier League triumph and they are also the last club to claim the England domestic double - in 2009-10 under Carlo Ancelotti.

So should Chelsea win on Sunday morning who will they face in the 2017 Community Shield in August?

To put it simply, if Chelsea beat Arsenal they will play 2016-17 Premier League runners-up, Tottenham Hotspur.

READ MORE
Farewell to The Lane

It would mark Spurs' first Community Shield appearance in 26 years - they last played in the pre-season showpiece in 1991.

Since the introduction of the Community Shield in 1908, only nine clubs have won the double - so all eyes will be on Chelsea on Sunday to see if they can become the 10th side.