Why can't Everton win at Anfield?

Despite constantly featuring in the top 10 of the Premier League since the early 2000s, Everton has not won at Anfield since 1999, and it might all be in their heads. 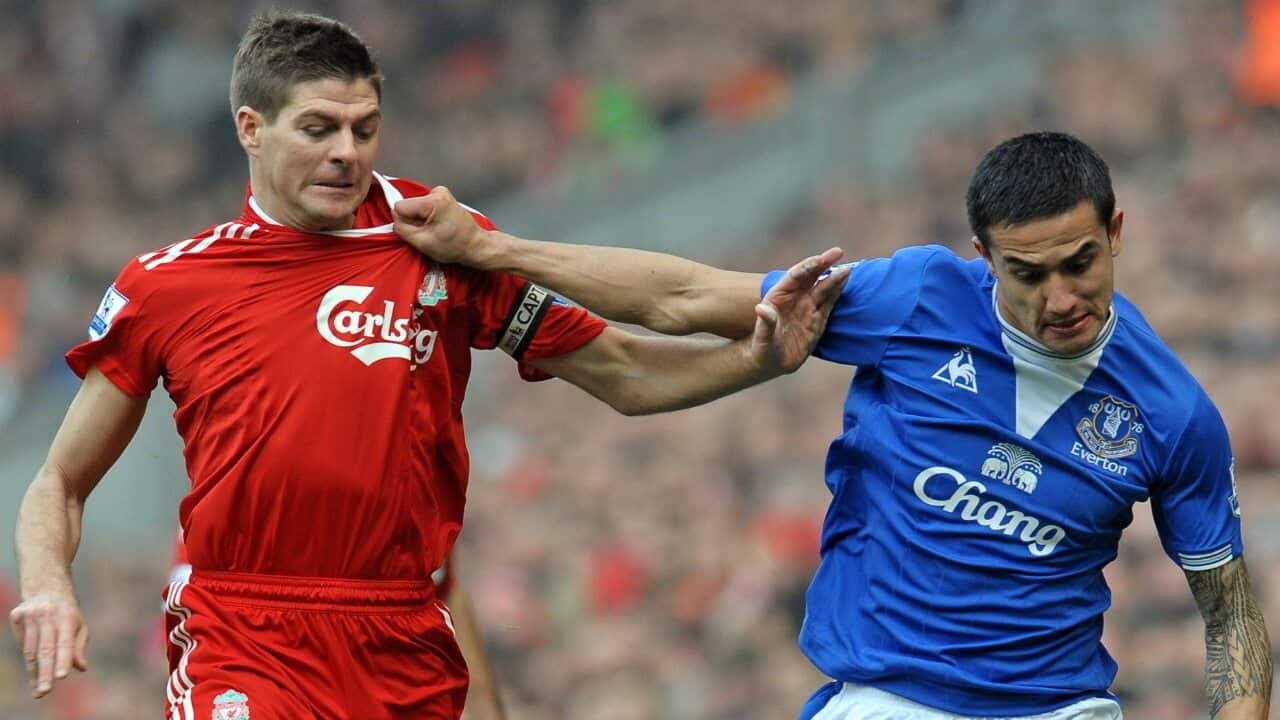 Of all the derbies in English football, the Merseyside derby – at least historically – was among the most equal.

Two giant clubs of comparable stature, endless silverware and a history that, until the arrival of the Premiership, was virtually unparalleled. Liverpool and Everton, who play for the 228th time tonight (LIVE, FREE and in HD on SBS, 10pm), would jostle mercilessly for bragging rights of the city, and as recently during the 1980s, the whole nation.

But the post-Division One era has bought a well-documented pain to Merseyside. Not one title left the region between 1981 and 1988; no championship has been back since 1990.

Advertisement
It’s hard to figure out which club has suffered more from football’s bold new era. Liverpool haven’t won the league title they once claimed for fun; Everton haven’t competed for one after regularly being in contention.

But where one club has suffered more than the other? The Merseyside derby.

Everton’s enormously forgettable 1990’s – save for a glorious FA Cup run in 1995 that proved a one-off – were at least punctuated by a brilliant run in the match for local pride.

Between February 1991 and September 1999, Everton won seven derbies (compared to Liverpool’s four) and were unbeaten at Goodison Park, added to two victories at Anfield. Considering the Toffees survived relegation by inches in 1993-94 and 1997-98, and had close shaves in several other years, it’s quite the miracle. Especially considering what’s happened since that final game.

Everton have won just four derbies in this millennium; Liverpool have 19. It is a staggering record of dominance – and particularly so given that Everton have, since finishing fourth in 2004-2005, been almost permanent fixtures in the top half of the table.

The Toffees also were able to finish above Liverpool on a few occasions, perhaps suggesting the gap between the clubs had been narrowed. But the derby became the kryptonite of Evertonians.

More specifically, it was Anfield that provided the torture. In what has become a source of great embarrassment to the blue half of the city, Everton are still yet to win on the far side of Stanley Park since Kevin Campbell’s header 18 years ago.

Worst of all, Everton haven’t ever really even looked like grabbing three points there, either. Even the draws have been hard-fought, clinging by the nails-type affairs. And they don’t have a derby specialist, like Tim Cahill, to come charging off the bench anymore.

Theories about why Everton have performed so badly come from both sides of the divide. According to Jan Mølby, a hero to the Reds for much of the 1980s, it’s all in the head.

“Psychologically, I think the Blues have a problem with playing at Anfield. The fact it’s been 18 years since they last won there has to play on their minds,” he wrote in his column for the Liverpool Echo this week. “I know that poor record doesn’t have much to do with this manager or this set of players but that history is always talked about a lot before the derbies. Liverpool certainly have the edge.”

Ex-Everton boss Joe Royle – in charge for much of the 1990s and who never lost a derby – reckoned a defeatist mentality had set in even before a ball had been kicked off.

“I think Everton go into the derby game expecting to lose – I think the players do,” he told Grand Old Team. There’s that feeling: ‘Oh we can’t beat Liverpool because the referee will give them something...’. There’s that negative mentality.”

Right now, the two teams go into this derby six points and three places apart (Liverpool are fourth, Everton seventh). But if Everton had converted their first-half dominance of December’s Merseyside Derby into a 2-0 win, for example, they’d be level with Liverpool on points and goal difference.

At the time, Evertonians were in the mood for a revolt – spared only by a come-from-behind win over Arsenal the week before that, in retrospect, is where the Toffees’ season turned around. They’ve rallied hard to stay in touch with the top six.

Liverpool, by contrast, have dropped the critical points that might have sustained a title tilt. It’s been a good season, one that could in Champions League qualification, but not a great one. That’s the difference.

Still, they’ll be looking at this fixture and licking their lips. As for the other side, it's all between the ears.