Why Croatia have emerged victorious despite defeat

Despite the difficult nature of defeat for Croatia on Sunday, there was much more to be gained off the pitch for the nation. 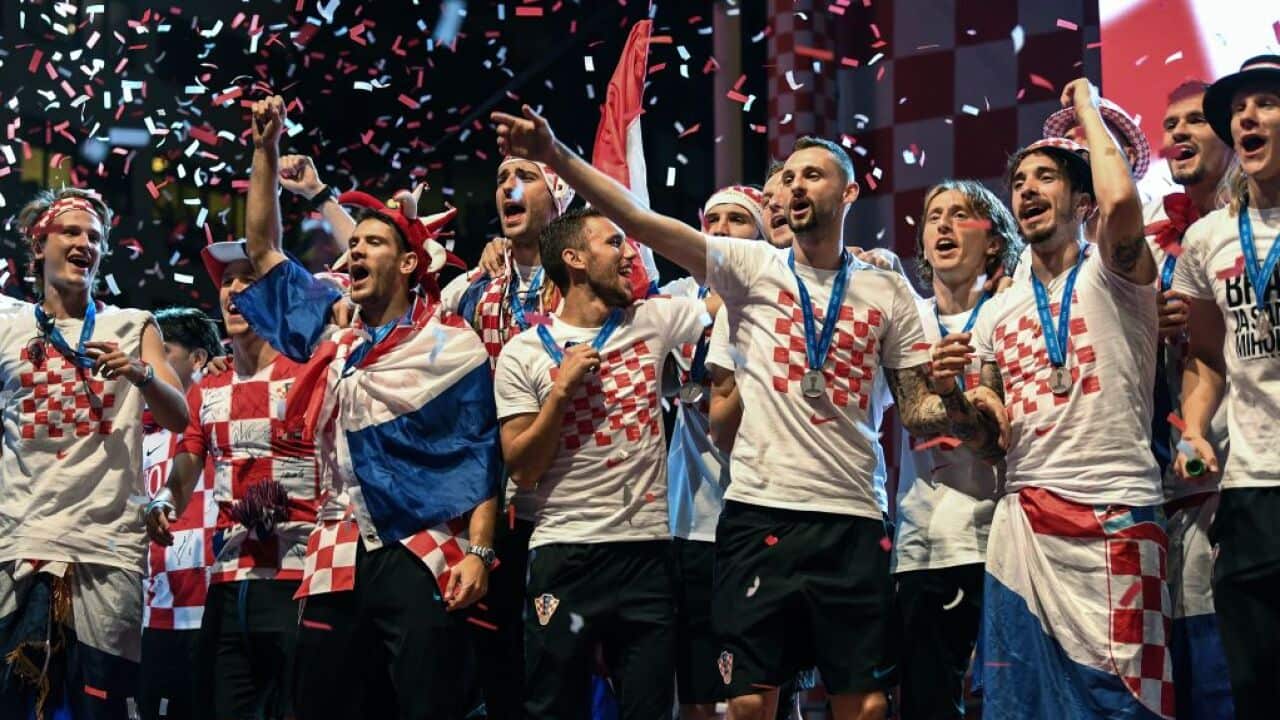 It was around midnight, hours after the final whistle blew in Sunday night's FIFA World Cup Final, where things became eerily dormant in Zagreb.

Ban Jelacic Square and the city's streets were still filled with people, but the defiantly electric atmosphere that immediately followed Croatia's 4-2 loss to France dissipated. Palpably.

Across the cafes in the surrounding streets and promenades, a weird quiet washed over and minds started to turn.

Advertisement
With reason, because on top of Croatia's staggering propensity to find ways to lose over the years in various sports, what they had witnessed was the strangest final in decades.

Throughout the tournament, the Vatreni's ability to press the opposition in order to have possession and field position gave them control.

It was no different against the French. Les Bleus' earlier phases of possession were dramatically frozen with the defensive pressure applied by Mario Mandzukic, Ante Rebic and Ivan Perisic – along with the timely advances of Luka Modric and Ivan Rakitic behind them.

It then allowed Croatia possession of the ball, with Blaise Matuidi then finding difficulty in denying the ball to an advanced Sime Vrsaljko.

Yet randomness and volatility always reigns over the tactical battle for footballing control, exemplified by Mandzukic's own goal in the 18th minute.

In the matches preceding, that control had given Croatia life even when conceding and Perisic's well-taken equaliser ten minutes later - albeit from a dead ball - was thoroughly deserved.

Then, a sliding doors moment in the 38th minute, with Matuidi's inability to flick on Antoine Griezmann's corner - the ball thus hitting Perisic's hand. Griezmann made no mistake from the penalty spot.

It seemed so fitting. After a succession of early concessions in isolated moments, the Vatreni made their best start to a match in this tournament but were 2-1 down at the interval, after an own goal and VAR assist.

In a tactical sense, the second half started in much the same vein as the first, but then came Hugo Lloris' wonderful denial of Rebic and the pitch invasion.

It was a critical point in the match. So much in football is dependent on pressure - which can consequently create technical and positional mistakes - and those two moments helped relieve it for the French. They were able to then breathe.

From that point, rather than dominating Croatia, they arguably made the most of the match's complexion. The French are dynamite in transition and with Croatian numbers needing to commit forward, Paul Pogba's confident goal on the break in the 59th minute was a backbreaker for Zlatko Dalic's side.

It was, with the safe and volatile nature of this tournament in context, both inherently flattering and perfect.

Didier Deschamps and his side will be not at all fussed with the end point to this tournament.

However, it is cruelly ideal that a side which struggled to open up the Socceroos in the opening group game only became more threatening when they were the reactive, as opposed to the active.

It is what made Fernandinho's early own goal against Belgium in the quarter-final such a subtle but pivotal moment in Russia. Deschamps could revert to his naturally reactive state in the semi-final, after Matuidi was suspended against Uruguay.

From a Croatian perspective, that France were able to survive in this way is arguably worse than Semih Senturk's 122nd-minute equaliser in Euro 2008, or Ricardo Quaresma's 117th-minute winner two years ago.

Those two moments linger in the back of the mind of anyone who has followed the Croatian game over the years, let alone the tragics.

Yet, there is a bizarre paradox and it was evident in the Croatian capital as the clock hit midnight. It was the way that Croatia played that created both a sense of longing at what could have been and an unwavering pride.

With Luka Modric leading the way on the pitch in both tactical and psychological senses, the Vatreni played football the way football should be played – with bravery, improvisation, spatial awareness, desire, intelligence and togetherness. In a word, soul.

It was the very thing that created a tidal wave of euphoria over the past month, in a nation that has both inherited the trauma and splendour of its forebears.

The long and tortuous battle for identity has created deep ideological divisions that manifest in the present day and remain prevalent in all aspects of life, even sport.

After years of corruption and failed democracy in the aftermath of war, five per centre of the much-publicised 4.1 million people in Croatia have emigrated elsewhere, having the potential to create a huge generational struggle for self-sustainability as a nation.

Although the game is very rarely an agent for true change - something both the media and public seem to forget in a football-obsessed nation that is Croatia - it has the ability to inspire and draw together.

As such, the Vatreni were rousingly received upon their return to Zagreb on Monday. Over 500,000 people reportedly lined the streets of the capital, and it took almost five hours to make the 15.5km trip from the airport to Ban Jelacic Square.

Even within the context of an hegemony in Croatian footballing administration, something also played out along party lines, how they played and approached the game provided a reminder of what can be achieved through a unity of purpose.

In a way, where Croatia may have lost in a footballing sense, it has the potential to gain as a society.