‘Lucy, if I don’t have football, I have nothing.’ This was precisely what Brisbane Roar forward Corey Gameiro said to me during a phone conversation in August last year. 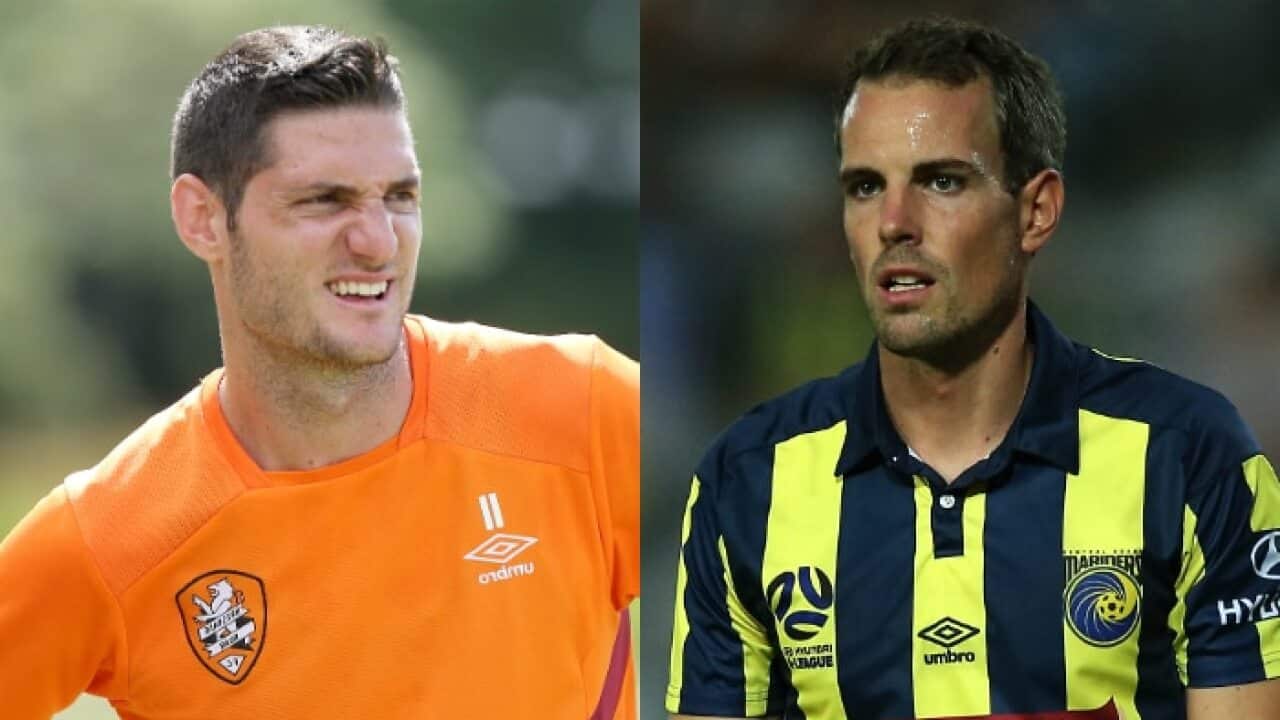 At the time, he was reflecting on the horrors of suffering three Anterior Cruciate Ligament injuries within three years and conceded ‘it was a dark time’ for him - one he hoped ‘never to go back to.’

As fans, it’s easy to view footballers as one-dimensional sporting commodities but it’s far more difficult to appreciate what they endure from an emotional and psychological perspective during the course of their careers.

All of them will say that unless you have been through it, you’ll never fully understand how deep the anguish can run and more often than not, you wouldn’t want to.

Advertisement
Over the years, I’ve heard former players confess that they’ve battled with depression, confronted suicidal thoughts and watched their relationships with loved ones deteriorate rapidly, all in the name of the game.

This insidious but also human side to professional sport is one that we rarely get to see and sometimes choose to ignore because, to outsiders, the glorification of being paid to do what you love is far more glamorous than the pain and heartbreak attached to it.

In Gameiro’s case, it would be exactly 710 days before he would feature in an A-League match since he ruptured his right ACL in September 2016 and over 900 days had elapsed before he played a full 90 minutes of football.

For such a young man, the 24 year-old has shown tremendous perseverance and the kind of tenacity that very few would possess in the face of such adversity.

In what can only be described as one of the most disgraceful challenges in recent Australian footballing history, the connotations of Brama’s carnage-fuelled tackle carried more weight than the Dutchman cared to consider at the time.

Never mind Gameiro’s history, Brama’s regard for his fellow professional was completely non-existent in that moment.

While Gameiro’s parents watched-on in agony as their son writhed painfully in an all-too-familiar scenario, the assistant referee’s flag stayed down and Adam Kersey dove into his pocket to retrieve a yellow card.

The Video Assistant Referee was deferred to, rightfully so on this occasion, and Brama was given the appropriate marching orders and sent to the sheds.

Fortunately, Gameiro managed to come away from the incident largely unscathed and took to social media to put the minds of fans, family and friends at ease.

To Brama’s credit, he apologised profusely to Gameiro in the tunnel after the match and reportedly felt ‘embarrassed’ by his lapse in judgement.

However, what occurred when the Independent Match Review Panel convened over the incident was anything but praise-worthy.

In the MRP’s ruling, they determined that Brama committed the offence of ‘serious foul play' (e.g. when challenging for the ball) and agreed that a two-match ban, in total, would suffice.

A further look into the MRP’s capabilities during this particular process reveals a far more damaging revelation because the reality is, they can be as flexible as they like when handing out punishments.

A red card for serious foul play carries a minimum sanction of one match with a maximum of 24 months. If they deem an offence warrants five or more matches, they can refer it directly to the Tribunal.

On this occasion, the MRP were within their rights to give a four match ban to Brama or refer it directly to the Tribunal, which could have resulted in a longer ban. But for reasons only the panel know, they chose not to.

When I approached Football Federation Australia to find out if it was possible overturn such a weak determination, a spokesperson offered the following rationale:

‘Under the existing regulations, neither FFA nor a club can appeal a decision of the Independent Match Review Panel on the grounds that it is too lenient. The Panel makes decisions based not only on their view of the incident but also based on precedent.’

On the subject of precedence, it’s also worth noting that Brama was also sent off for a studs-up challenge on Roly Bonevacia during a round 11 clash with the Wanderers in December, a ruling that Paul Okon disagreed with.

When you begin to sift through the sands of time, one could be forgiven for immediately thinking of Kevin Muscat’s infamous tackle on Melbourne Heart’s Adrian Zahra in 2011.

As a result, Zahra was ruled out for the rest of the season with a serious knee injury and Muscat copped an eight-match suspension.

This begs the question - if Gameiro was hauled off the pitch on a stretcher that night and suffered yet another setback, would the penalty for Brama have been worse?

In the last two seasons alone, we’ve seen players miss five to seven weeks for using a racist slur or spitting at an opponent but the threat of a career-ending tackle manages to escape serious consequences.

What message does this send to those who have been forced to spend months on the sidelines for similar offences in years gone by?

Further to that, a much more dangerous prospect to consider is what precedent does this set for future cases, if that’s indeed what the MRP are drawing on to formulate their judgements?

As it stands in the existing regulations, only the offending club are able to appeal a decision issued by the MRP and once handed down, they are deemed gospel and cannot be challenged by anyone.

These dictatorial rules need to be changed, as they have been in rival codes, because these panel members should also be subject to questioning and held accountable for their actions just like the clubs and players are.

As if we didn’t already have enough to contend with in Australian football right now, this latest debacle is just another example of where improvement is needed in order to evolve.

The sad reality is the ones whose livelihoods are affected the most by these wayward decisions are the footballers taking to the field every week.

It’s moments like these that I reflect on the advice my father gave me many years ago; ‘Lucy. Always, always, always act in the best interests of the players because without them, we wouldn’t have a game to love.’

It’s a crying shame to think that those responsible for protecting the welfare of our footballers and their playing futures aren’t thinking the same way.