Why Peru could be Socceroos' biggest World Cup challenge

Australia’s final group stage opponent, Peru could well stand between the Socceroos and a round of 16 berth at this year's World Cup. Fresh from a trip around the South American nation, Kieran Pender considers what awaits the Australians in Russia. 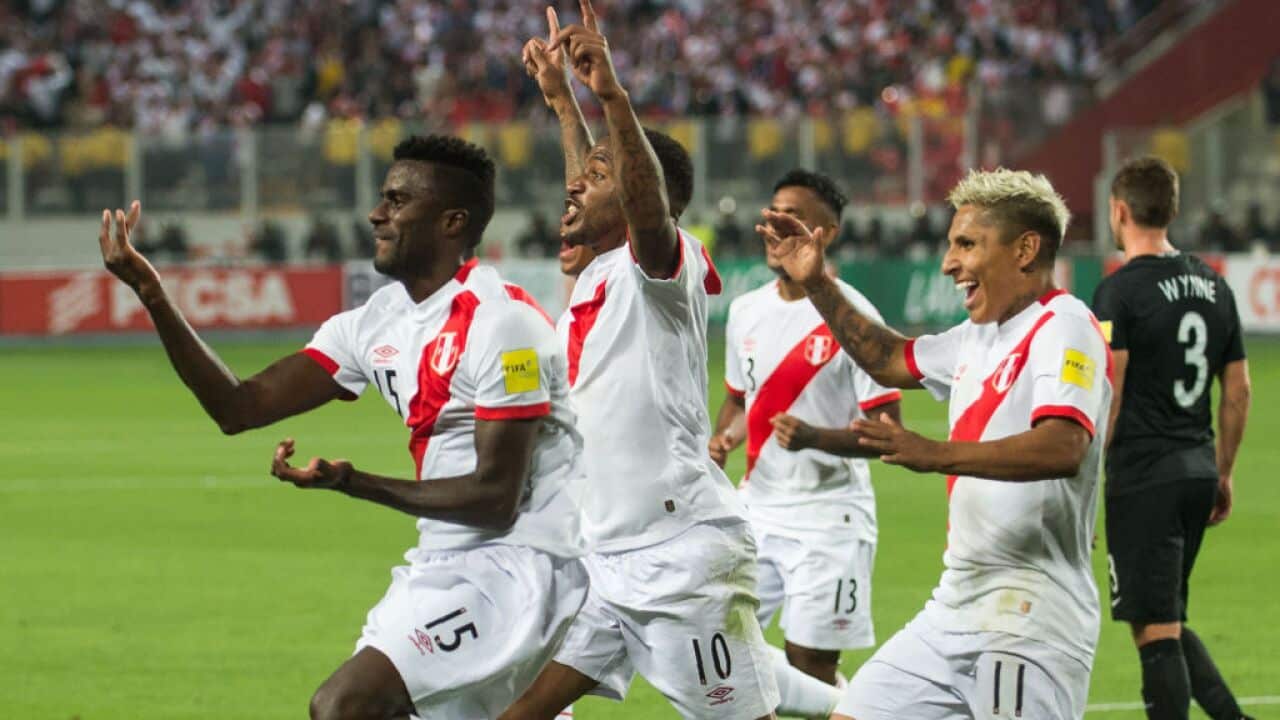 The depths of the Amazon jungle were an unexpected place to be asked about the finer points of Ange Postecoglou’s tactical ethos.

Perspiring my body weight in sweat as I trundled around a football pitch hacked from the tropical forest, my newly-found teammates had suddenly become interested in the Socceroos.

With Peru drawn alongside Australia, Denmark and France in the nation’s first World Cup appearance since 1982, fans of La Blanquirroja (the white and red) – practically everyone in this football-obsessed nation – were eager for opposition information.

Not that I was in much of a state to explain.

With temperatures past 30 degrees and humidity above 90 per cent, discussion of controversial back threes, Australia’s midfield conundrum or our ongoing search for a new coach would have to wait.

Peru is a nation of contrasts. From the sprawling cityscape of 10-million strong Lima to the barren altiplano (highlands), from the impenetrable Peruvian Amazon to the gaping Sechura desert, it can be easy to forget that this is all one country.

But a unifying force is visible across Peru. In cities, towns and jungles, football is ubiquitous.

While hiking the Inca Trail, one guide bragged to me: “Peru is a football country. Australia is barely a speck on the football map.”

Asked what that made New Zealand, who held Peru to a scoreless draw in the first leg of the intercontinental play-off and then narrowly lost the away leg, the guide could only shrug.

Diego Montalvan, a Peruvian football journalist for NBC and Telemundo, is more diplomatic.

“Football is the most popular activity in the country,” he explains.

“When the national team plays the country stops to support La Blanquirroja."

This trait may not be unique among Peruvians – the same can probably be said of the nation’s South American neighbours.

But unlike Chile to the south or Brazil to the east, both noted powerhouses, Peru has endured three decades in the footballing wilderness.

While Peru’s World Cup 1970 team is remembered fondly across the continent, a squad coached by the great Didi and headlined by Teofilo Cubillas, more recent teams has languished.

This was partly born from tragedy.

Not long after failing to qualify for the 1986 World Cup, a plane carrying players from one of the major Peruvian club teams crashed.

Among the victims were a mix of established internationals and highly-rated youngsters.

In the decades that followed, social unrest and widespread political violence hampered the progress of Peruvian football. With thousands of people dying, attention was diverted away from the pitch.

More recently, corruption has proliferated among officials and even infected the Peruvian football federation (which was briefly banned by FIFA in 2008).

All of which made qualification for Russia 2018 particularly sweet.

“It means everything to Peruvians,” says Montalvan. “We have waited so long for this moment.”

“There is an entire generation of Peruvians who have never seen their country at a World Cup,” adds Rupert Fryer, a British journalist who specialises in South American football.

“Not a single member of the squad that defeated New Zealand was even alive the last time they made it to the big show.”

It has been a long journey back to the pinnacle of world football.

The team placed last in qualification for 2010, and third last for 2014. But the arrival of Argentine coach Ricardo Gareca in 2015 has revitalised Peru.

Despite a difficult start to their most recent campaign, the Vélez Sarsfield legend persisted with his approach.

“Gareca was playing the long game in the marathon that is CONMEBOL qualifying,” says Fryer. “He identified what he believed was his most talented squad and stuck with them.”

Among Peruvians there is confidence about what awaits in Russia 2018.

“I would say that Peru play some of the most attractive football in South America, only behind Brazil,” claims Montalvan.

“We know that each of the opponents in the group will be difficult.

“Australia is a really good team that has been making it to the World Cup for some time now. Peruvians know that they have some attacking and physical power – we respect them, but believe we can get a good result."

The country has been buoyed by news that Paolo Guerrero, the team’s on-field leader and all-time leading goal scorer, has had his doping suspension reduced and will be available for Russia.

“Strong, great in the air and a leader of the line who can also play back-to-goal, Guerrero is also an impressive set-piece taker and undoubtedly Peru's greatest attacking threat,” explains Fryer.

The team has certainly demonstrated their ability to match the Socceroos, Denmark and France during an extended road to Russia.

Wins against Uruguay and Ecuador alongside two draws with Argentina were highlights of Peru’s qualification campaign, and suggest they will be a challenging World Cup opponent.

“Coach Gareca certainly will not allow any inferiority complex to creep in: he has repeatedly insisted that his side will seek to impose themselves on every game, regardless of the opposition.”

Exiting Peru on my way to Bolivia, I was reminded of football’s all-pervasive nature in the country.

At a remote border crossing, containing little more than a few money changers and a customs hut, the most important utility took pride of place.

Barely metres inside the Peruvian border was a gleaming football pitch.