Why the Newcastle Jets are the champions the A-League needs

There isn't much hype around the A-League finals at the moment - for a whole gamut of reasons - but if there is one reason to get excited, it's the Newcastle Jets. 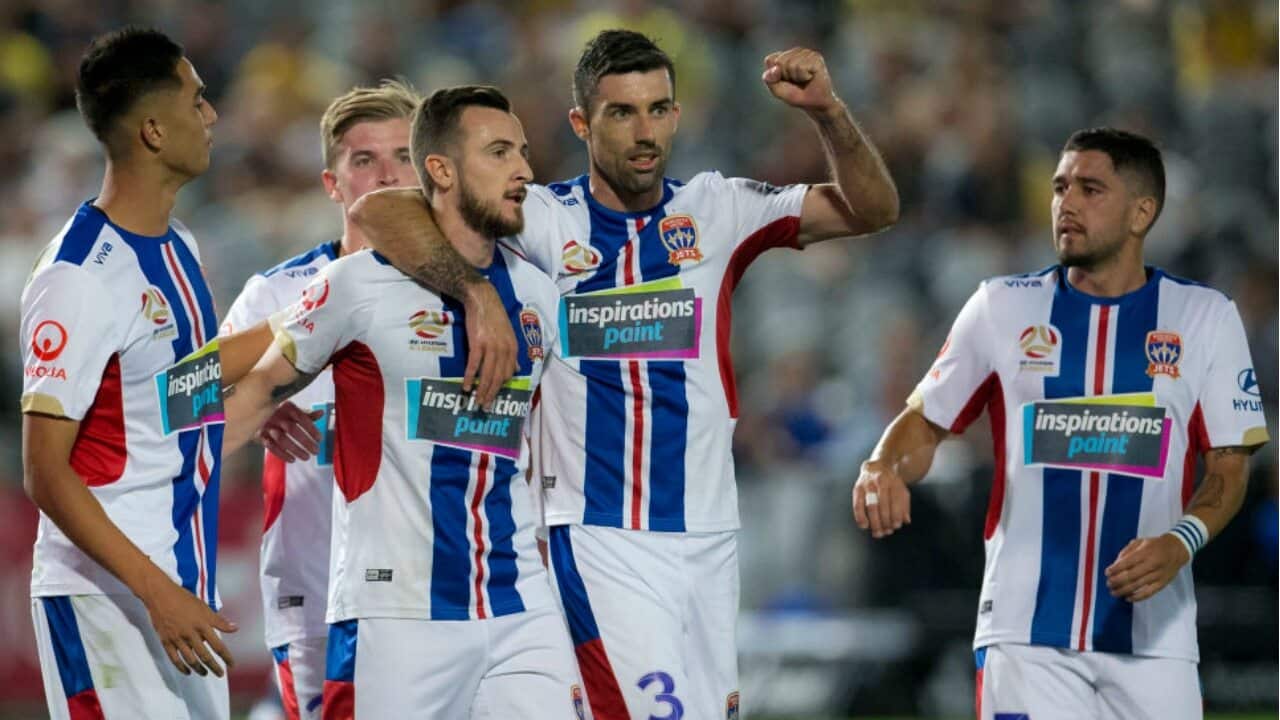 Put simply, the Jets have been the story of the season and their incredible rise from perennial also-rans to the league's feel good story is nothing short of a miracle.

Australians love supporting the underdog and if Newcastle were to take out the A-League grand final on May 6, it would provide an exciting conclusion to a season that has at times been predictable and lacked intrigue.

Graham Arnold’s Sydney FC may be one of the greatest Australian club sides in history, but their pure dominance of the A-League has taken out much of the excitement of this year’s finals series. Passionate fans and neutrals alike all expect the Sky Blues to take out yet another piece of silverware in a canter.

Advertisement
While lifting the A-League trophy would be a perfect ending for Graham Arnold’s impressive tenure at Allianz Stadium, it’s just not the fairy tale the competition and Australian football fans need right now.

Led by veteran coach Ernie Merrick, the Jets have become the A-League’s excitement machines with a direct style and drive to attack their opposition at all costs.

The Jets have been the only top four side to beat Sydney FC this season and are arguably the only team who could stop the Sky Blues from claiming back-to-back titles.

Their inspirational triumph against Sydney at McDonald Jones Stadium on March 3, despite playing most of the match with only 10 men, proved that Newcastle have what it takes to secure one of the A-League's greatest of upsets come grand final day.

Such a win would get passionate fans, neutrals and even non-football fans talking. Never has a team gone from last place to champions in one season in the modern era of Australia’s major sports codes.

Furthermore, the Jets, who have finished last in three of the past 10 A-League seasons and failed to make the finals for the past eight years, have a chance to turn the tables on their history of mediocrity with a victory for the ages.

But most of all, the win would mean the most to the sports-loving people of Newcastle.

Not many places in Australia are as passionate about their sporting teams as they are in Newcastle.

When rugby league side the Newcastle Knights took out their maiden Premiership in 1997, it captured the imagination of all Novocastrians.

The celebrations after that win went on for days in Newcastle and gave people in the region hope amid the closure of the BHP steel works which had been the city’s lifeblood for generations.

In February 2008 it was the Jets' turn to party when they took out their maiden A-League title against fierce rivals Central Coast Mariners.

A convoy of fans created a procession down the M1 highway to Sydney and filled Allianz Stadium with gold as Mark Bridge snatched victory in the dying stages.

Already 11,000 seats have been snapped up by Jets members ahead of the semi-final clash against Melbourne City this Friday, with tickets yet to go on sale to the general public.

Needing only one win to secure a spot in this season's decider, the Jets have a chance to repay their incredibly loyal fans for standing by them through the tough times.

Newcastle’s sporting teams have created their greatest moments when all the odds were stacked against them.

They have embraced the blue-collar town's hard-working ethos and delivered moments of magic when it seemed like they didn’t stand a chance.

The Jets have shown they can take down the best in the league. If they can maintain their impressive form through the finals, then maybe they’ll be able to give their fans, and football fans Australia-wide, a moment they’ll never forget.