Why this current crop of Matildas are the golden generation

We often speak about the ‘golden generation’ in football. 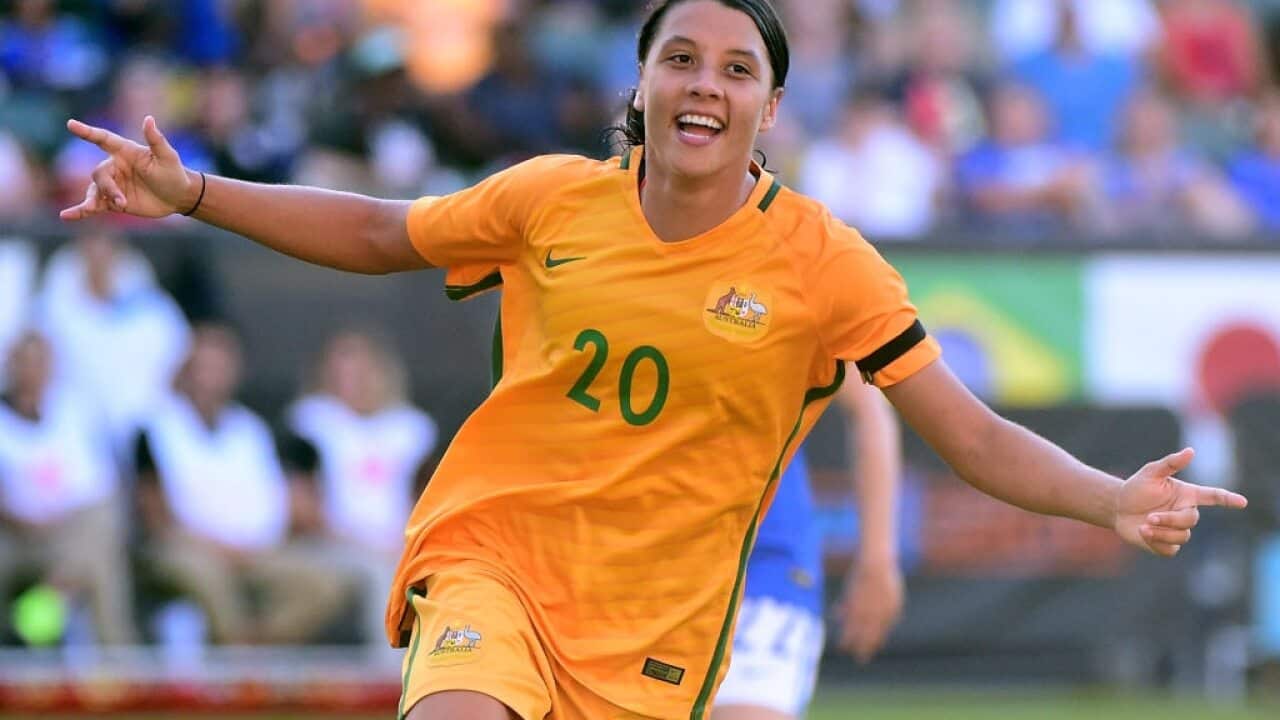 It's a phrase often thrown about when you reminisce on years gone by.

Very rarely is it said to depict the current generation of footballers who are gracing our fields right at this instance because, of course, how do you know how good these players are without hindsight and a couple of generations to compare them to?

Hand on heart I can honestly tell you that we are going through a golden generation of footballers with the Matildas right now.

Advertisement
I know that in 10, 20 years I will be speaking of this crop of players and referring to them as the golden generation. No offence to those Matildas yet to be born.

Pick a favourite… I dare you!

What you are witnessing now is the majestic transcendence of football in this country.

A sold out stadium in Penrith for the Matildas' clash with Brazil this Saturday is just the beginning.

It is the culmination of many, many things going to plan through hard work and determination shown by this crop of players over the past two or three years - a period I was able to witness first hand as I got to work with these girls whilst the team was in its infancy.

They haven’t stopped and waited for their pay to rise to the level of professionalism they are showing.

They haven’t sat on their hands waiting for the day to come where they could sell out a stadium.

They rose to the challenges they faced day in and day out and are now out selling out stadiums because of their sheer determination to make Australia proud.

Thanks to broadcasters like SBS, Fox Sports, ABC and Channel 7 you have been able to watch them live. Undoubtedly another reason for this spike in popularity.

Many wouldn't even realise that the majority of our Matildas are yielding two or three football contracts simultaneously throughout the world right now. Making them more professional and more valuable all at the same time.

They play for their clubs in the USA, Germany, Norway, Japan, Australia, then as little a five days later will don the green and gold to play Brazil twice in four days, then get back on a plane to head back at their clubs to play, in some cases, just two days later!

Now is the time to give them first class seats. Not only because they need it for their bodies to stay healthy but also because they bloody well deserve it.

Do you realise the average age of our current crop of players is just over 24, but their average caps is well above 50?

What does all this mean though?

It means that this is the start of a movement, which is called progress.

These players will make the younger generation have to sit and wait for their time to come. Which not only increases the amount of quality players begging for international experience but the ensures there's of talent pool which will make this team world beaters in as little as two years' time.

It also means our W- League will no longer be a holiday for international footballers. It means it will hopefully grow beyond measure and we won’t be able to contain its momentum.

The new W- League minimum requirements have just been increased after some arduous work done by both the Professional Footballers Association (PFA), past and present players and Football Federation Australia (FFA).

A Collective Bargaining Agreement (CBA) that was not based on the success of the Matildas but on the ever-growing need to have football as a viable career for females in this country.

This CBA took months to achieve with Kathryn Gill (working in her role at PFA) the catalyst for change in her research undertaken of the 2016/17 season of the W-League and her document
60 @ 60: a collective bargaining agreement to provide for at least 60 players at $60K per annum
.

Rather than leaving the sport, only to talk about what needed to happen, she stood in the path of relentless nay-sayers and put our cause on the front pages.

The FFA have also been relentless. They too want the game to grow. They too see the potential in this sport.

Watching the set up and collapse of numerous leagues in the USA has made this journey awash with fear the W-League may too collapse.

But the FFA aren’t fighting against the players or the PFA they are looking to make sure that this is viable and sustainable for the years to come. The PFA put the question to them and they answered – yes.

Is it enough? Probably not, but it is a start.

This is a time to look back on with great pride, for everyone involved in the game. It will only build from here.

Now let’s sell out the Matildas' match in Newcastle as well!