Why you can't miss Real Madrid v Sevilla on SBS

An upset, as well as a cracking match, is on the cards when Real Madrid take on Sevilla, in Wednesday morning's UEFA Super Cup (LIVE, FREE and in HD on SBS). 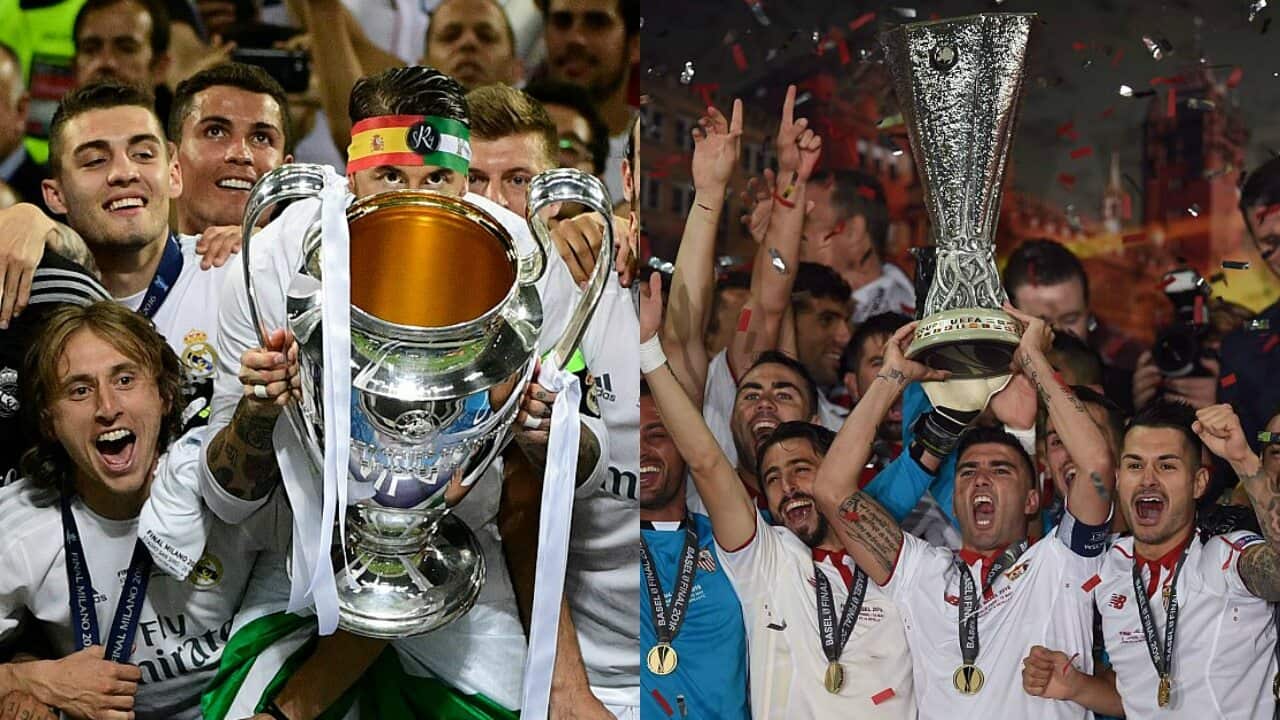 "I'd like my team to approach the game with real desire and to honour their badge. I don't like any side to dominate mine on the pitch," new Sevilla coach Jorge Sampoli said in the lead up to this match.

Advertisement
With Cristiano Ronaldo, Toni Kroos, Gareth Bale and Karim Benzema all out, Sevilla has a real chance of doing so.

Sampoli recently joined after his Copa America success with Chile in 2015, where he won plaudits for implementing a high-pressing, attacking strategy that reaped rewards against bigger sides like Brazil, Argentina and Spain.

The Argentinian will be hoping to build on the great work done by Unai Emery, who won three Europa Leagues in a row. The most recent success came in May, where the Spanish side out-classed Liverpool in a 3-1 victory.

Sevilla, like every season in recent history, have been forced to re-invent as a host of players leave in big money moves. Grzegorz Krychowiak, Kevin Gameiro, Éver Banega, Coke, Ciro Immobile, Fernando Llorente all left in the transfer window for a combined $124 Million.

In the last four seasons, Sevilla has generated $285M in outgoing players, yet every season they find cheaper, and more talented, replacements.

The man behind this success is Monchi, Sevilla's director of Football. The Spanish press has dubbed him 'Moneyball Monchi', Sevilla's president described him as "our Messi".

In his time in charge Sevilla has won nine trophies, while generating $315M in profits from transfers.

Ganso, by the way, can do this:

Another reason to tune-in.

In sharp contrast to Sevilla's busy transfer window, and also more significantly in contrast to their previous windows, Real Madrid has had their quietest window in 18 years.

The club that made famous the Galactico strategy has actually turned a $6 Million profit.

The only notable arrival was Alvaro Morata ($44M), who came at a cut-price due to a pre-existing buy-back contract.

Maybe president Florentino Perez has concluded that winning two Champions Leagues in three years shows the squad is strong enough and doesn't need reinforcement. However continued success has never stopped them spending before.

The ever demanding fans are still voicing their concern at the lack of investment. One league title in eight seasons is a point of frustration that Los Blancos are looking to rectify.

Wednesday morning's match will be the first test of Zinedine Zidane's slimmed down squad.

Also expected to feature are two young guns who impressed in pre-season Marco Asensio and Mariano Diaz who scored this incredible goal:

Zidane has also made the bold, and somewhat controversial move, of including his son in the 20-man squad.

Luca Zidane, a goalkeeper, is yet to make his first-team debut but could possibly play with Keylor Navas out injured.

When these two teams meet there tends to be goals

While last seasons Final was a classic