Williams on target in Hungary

Australia's David Williams has scored in his first start this season for Hungarian side Szombathelyi Haladás in a 2-0 away win over MTK Budapest in Hungary's National Championship. 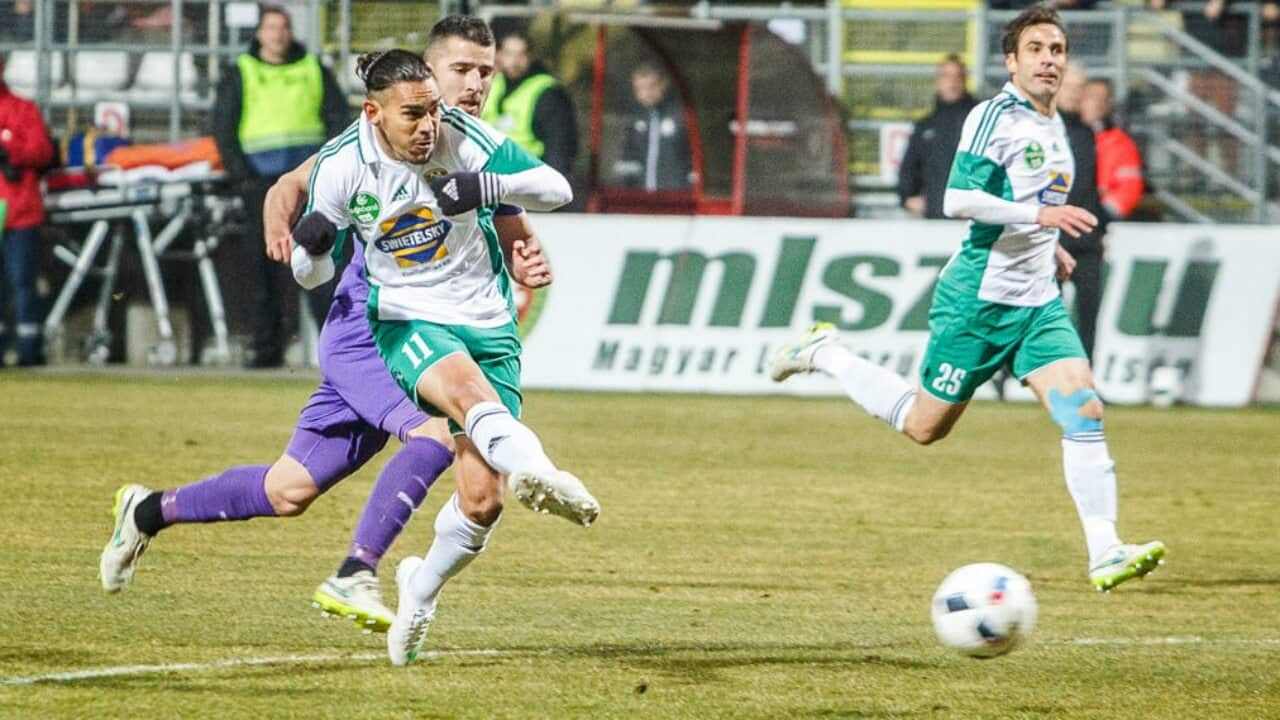 Williams, who played for Melbourne City, Sydney FC, North Queensland Fury and Brisbane Roar, started the match after coming off the bench in the first three matches of the season.

Making the most of his opportunity, Williams smashed home a cut-back from the edge of the six-yard box in the 59th minute to make it 2-0.

It's the Indigenous striker's third goal for Haladas in 18 appearances, which has also included two assists.

Earlier in the day, Janos Hegedus had opened the scoring for the visitors by volleying home from a long throw in. Meanwhile cult favourite, trackpant-wearing goalkeeper, Gábor Király made a string of good saves.

It's Haladas' first win of the season bringing them up to seventh position.