The African Cup of Nations is in full flight and with the final stage of World Cup Qualifiers just around the corner, we take a look at the big takeaways from the AFCON group stage with an eye to the final playoffs for Qatar 2022. 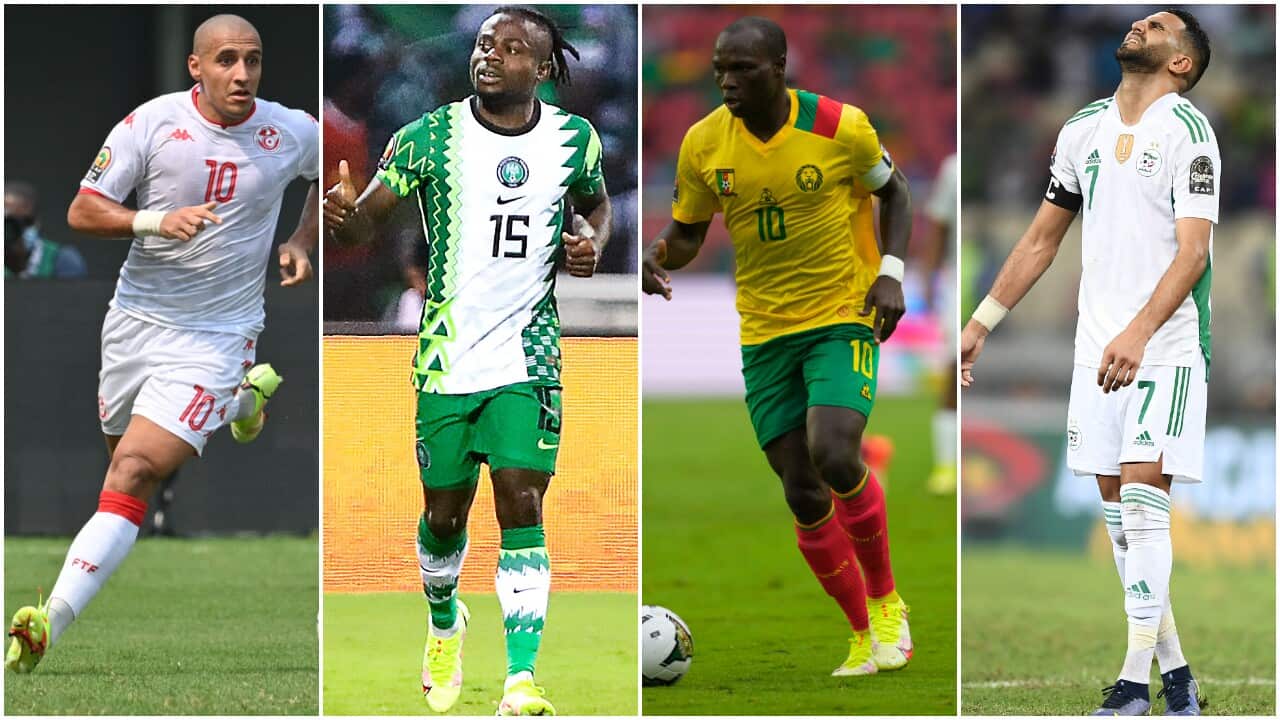 Catch Africa's best teams as they go head to head for a spot at Qatar 2022 with the 10 final matches of CAF World Cup Qualifying LIVE and FREE on SBS and SBS On Demand this March.

Only ten nations remain going into the third and final round of World Cup qualifying which will be decided by five two-legged ties.

Algeria, Cameroon, DR Congo, Egypt, Ghana, Mali, Morocco, Nigeria, Senegal and Tunisia are still in the running for a ticket to Qatar and are set to throw everything on the line during the March playoffs to secure their place.

Advertisement
While their focus will now be on the African Cup o Nations, one eye will surely be on booking their place at the 2022 World Cup.

READ MORE
40 Memorable Moments from the FIFA World Cup
One year to go: Reasons to get excited for 2022 FIFA World Cup LIVE on SBS

Reigning African champions Algeria have been one of the big disappointments of the AFCON tournament, bowing out at the group stage.

Fresh after winning the FIFA Arab Cup without their star players, Algeria sent a full-strength squad to Cameroon determined to defend their African Cup of Nations title.

However, the Fennec’s performances have failed to match their high standards with even superstar captain Riyad Mahrez unable to find his groove.

Algeria will need to find their eye for goal if they have any chance of winning their qualification tie.

Cameroon was able to flex its might in wins against Burkina Faso and Ethiopia but will face a bigger test later in the tournament against stronger opposition.

If they can carry on their attacking form into the qualifiers in March, Cameroon will be a good chance of returning to the World Cup after missing out in 2018.

Three wins from three starts in the group stage has Nigeria in pole position at AFCON and have them in strong form ahead of World Cup qualification playoffs.

The Super Eagles sent a message in their opening game with a 1-0 victory over an Egypt side featuring Mo Salah before easing to wins against Sudan and Guinea-Bissau.

While Nigeria’s impressive return of six goals in three games has caught the attention of fans, it has been their incredible defensive display that has really stood out.

The side has conceded only one strike throughout the entire group stage.

Nigeria will face Tunisia in the AFCON round of 16 and coaches will be taking plenty of notes with the two sides possible opponents in the final World Cup qualifying playoffs.

It has been a difficult few months for the Tunisians who have struggled to bounce back from a semi-final defeat at the FIFA Arab Cup in December.

The Eagles of Carthage were bundled out in the semi-finals of the Arab Cup and have yet to rediscover their groove.

Tunisia has narrowly snuck into the knockout stage at AFCON despite losing two of their three group stage matches.

Narrow defeats to Mali and Gambia demonstrated a number of issues but a 4-0 win against Mauritania was proof of what the side is capable of when they get it all together.

They will be tested next round with a clash against Nigeria.

The Mondher Kebaier coached side has a number of young players on the cusp of breaking through and it is they who could turn Tunisia’s fortunes heading into their World Cup qualifiers.