The Socceroos will field a different XI to the team that earned a 0-0 draw in Honduras last week, the only question is how many changes they will make. 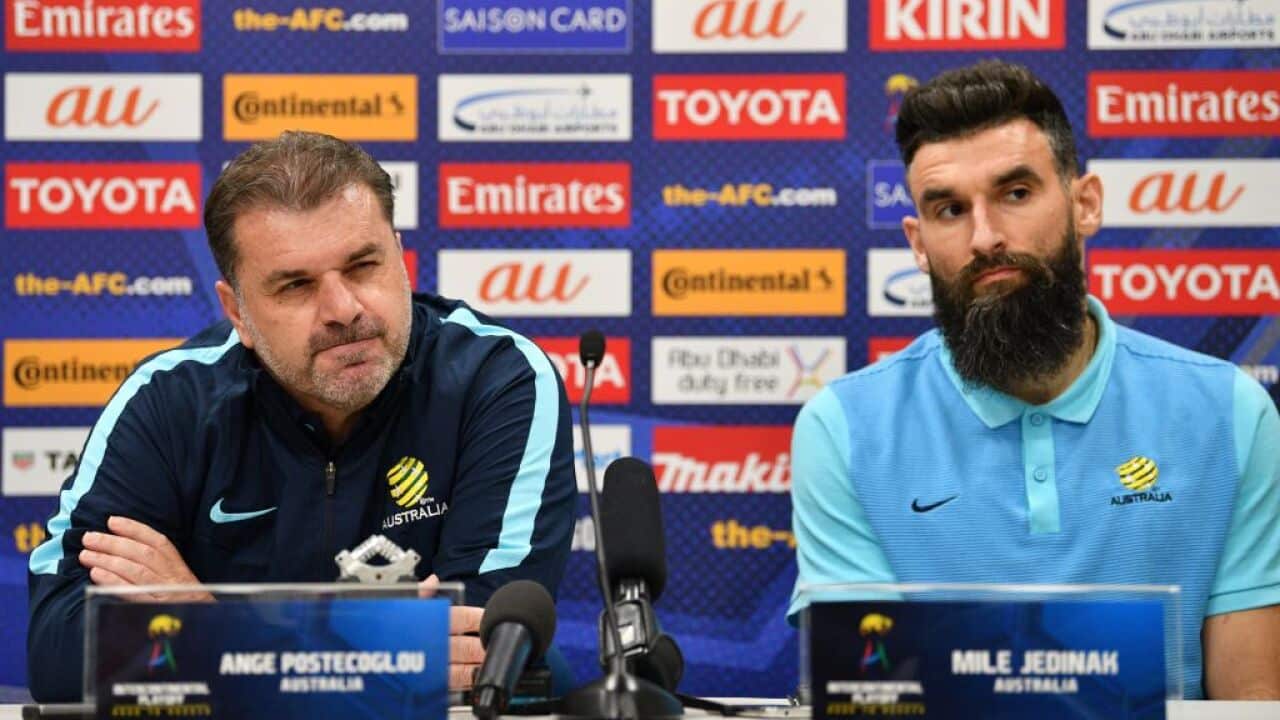 After 22 matches, 29 months and countless kilometres travelled by the Socceroos to play in 12 countries, it all comes down to this.

Australia's World Cup hopes go on the line at ANZ Stadium on Wednesday night against Honduras in their qualifying playoff.

A 0-0 draw in San Pedro Sula in the first leg has the tie delicately poised.

Advertisement
Honduras need to win or claim a score-draw to progress.

Australia must win or triumph on penalties should the full-time score be another deadlock.

It's bound to be a night of high drama, but will the Sydney Olympic venue witness a third qualifying triumph?

In 2005, John Aloisi's penalty sent Australia to a first World Cup in 32 years.

Josh Kennedy's late header against Iraq in 2013 was enough to take the Socceroos to the last tournament in Brazil.

This year, Australia is all-in with coach Ange Postecoglou's all-out attacking style, and the Socceroos coach remains confident it will deliver the result the nation craves.

"This has been the longest World Cup campaign taken by any nation both in the amount of games and in kilometres travelled," Postecoglou said.

"You don't want all that to mean nothing."

Ironically, the one constant through the journey - Postecoglou himself - isn't sure whether he'll be there after the final whistle.

A report last month of his intended resignation sent shockwaves through the Australian soccer landscape.

Postecoglou's future is not the main game on Wednesday night, but it's certainly an intriguing sideshow.

The conviction coach was buoyed by Australia's bright performance in Honduras and is as sure as he can be of progression.

"I've never wavered in my confidence and belief in the players and that's because I've sensed in them they've always had a belief in what we're doing," he said.

"Sometimes the results haven't been as desired but the performances have rarely dropped.

"The players have put in a massive shift over the last two and a half years to get us to this point.

"I'm sure (a result) will come and then the opportunity will be there to test themselves against the best in the world."

With a fully fit squad, Postecoglou has plenty to ponder at the selection table and has committed to at least a few changes.

The national team coach will start with a clean slate when considering his XI, with Tim Cahill, Mat Leckie, Robbie Kruse, Mark Milligan and and James Troisi among the faces pushing for inclusion.

"We'll be picking an XI that we think can do the job. We had three players that didn't travel and a few more who did not play more ... there's an opportunity to put some fresh legs on," Postecoglou said.

For Honduras, coach Jorge Luis Pinto has the benefit of having captain Maynor Figueroa and gun attacker Alberth Elis available after suspension.

"They know what they need to do to get the result they need," Postecoglou said.

"It will be about making sure we control the game at home like we did away from home, minimise their threats and cause some problems the other way.

"At home the tempo will be a lot higher than what it was there and for us it will be about testing them and seeing how much durability and resilience they have to keep us out."