The 2018 FIFA World Cup continues to delight, with the final round of 16 encounter providing yet another golden advertisement for the beautiful game. After England’s triumph over Colombia, could the Three Lions be on the way to just their second ever World Cup final? 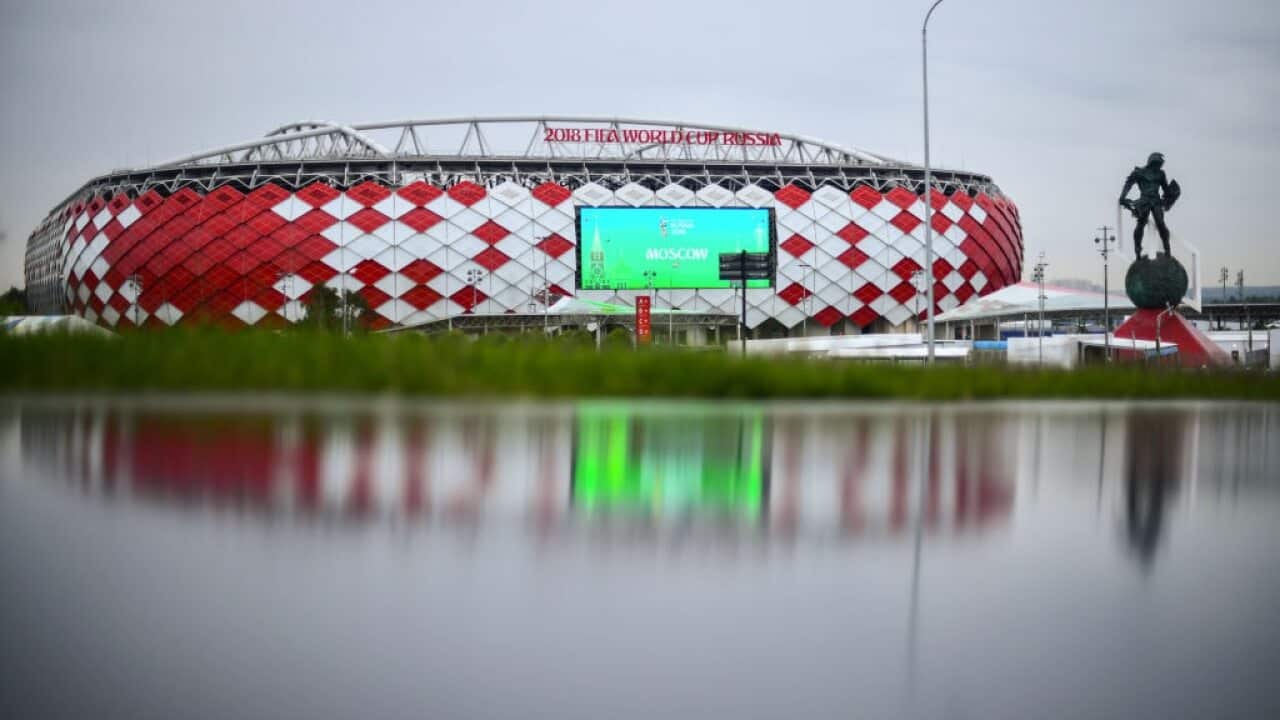 Spartak Stadium in Moscow, host to England’s clash with Colombia on Tuesday, has a reasonable claim to being the spiritual home of Russian football.

It may have only been operational since 2014 – a history dwarfed by the nearby Luzhniki Stadium, built in the 1950s.

But the compact 44,190 arena is owned by Spartak Moscow, perhaps the most storied club in Russian football.

Advertisement
Founded in 1922 and with links back to the late 1800s, Spartak Moscow was the team of the workers – in stark contrast to the ubiquitous army and police clubs.

Named after Spartacus, the rebellious Roman gladiator-slave, the team provided an outlet for the proletariat during the turbulent early Soviet era.

The team became so popular that its founder, Nikolai Starostin, was sent to the gulag by Joseph Stalin’s right-hand man – and president of rivals Dynamo Moscow – Lavrentiy Beria.

But the Spartak’s founder would return a decade later, rebuilding his club into the most successful in the Soviet Union.

Today, a statue of the pioneer and his three brothers – all vital figures in the history of Spartak – stands pitch-side.

If Starostin was still alive, he would no doubt have watched on proudly as the club he founded almost a century ago played host to Tuesday’s clash.

The match had it all.

Pockets of passionate Englishmen and women, easily identifiable in their red and white.

Outside the stadium pre-match, hundreds of fans pleaded for spare tickets.

There are few – if any – other sports that will compel people to fly halfway around the world, without a ticket, in support of their national team.

Colombian boss Jose Pékerman prowled the touch-line in his sharp suit and somewhat incongruous trainers, while Gareth Southgate displayed more of the sartorial elegance that has sent waist-coat sales sky-rocketing in England.

And after a dull afternoon affair between Sweden and Switzerland, the match itself delivered.

England started in flying fashion, a shell-shocked La Tricolor barely managing to string two passes together in the opening stanza.

But the James Rodriguez-less Colombians worked their way back into the game.

A second half penalty seemingly gave the match to England. With Colombia lacking any attacking momentum, it looked certain that the capacity crowd would see no more than an entertaining 90 minutes.

And then, with just 120 seconds of added time remaining, the South Americans equalised through a Yerry Mina header.

The roar became even louder.

After being blunt all evening – the forward line a shadow of the Rodriguez-led strike-force that put three goals past Poland – Colombia suddenly came alive.

Extra time, penalties (for the third time this Round of 16) – the usual. Except this time, it wasn’t.

The match was a reminder – if we needed one following this stunning World Cup – of football’s beauty and endless ability to excite.

It had highs, it had lows, it had thrills and it certainly had spills.

But all good things must come to an end, and the Round of 16’s culmination leaves just eight matches left in the tournament.

England flattered to deceive for much of the match, and were fortunate for the absence of Rodriguez.

They managed just two shots on target over 120 minutes.

But Gareth Southgate side demonstrated considerable fortitude to resist the Colombian onslaught in extra-time – and to recover from Jordan Henderson’s spot-kick miss.

Having shaken the penalty shoot-out monkey off their collective backs, the Three Lions will feel invigorated for the clash with Sweden on Saturday.

Win in Samara, and they will face the victor of Russia’s clash with Croatia. At long last, the World Cup final is in sight for England.

There are plenty of reminders of the importance of bravery at Spartak Stadium.

The giant statue of Spartacus outside the front gates; the four bronze Starostin brothers, silently contemplating proceedings from the touch-line.

England can take inspiration from their performance on Tuesday, where they showed much courage in overcoming a resilient Colombian team.

If football is coming home, this was a good place to start the remainder of the journey.